Palladium could be an interesting trade given potential supply disruptions to China because of the coronavirus, Jeffrey Currie, head of global commodities research at Goldman Sachs, told Bloomberg TV.

“The one I like right now that we are watching in the commodity market is palladium -- when palladium gets so tight that you actually start to shut down auto manufacturing.”

Yet, “you don’t know when you hit one of these physical shortages until you actually hit them.”

NOTE: Spot palladium traded near $2,412/oz Thursday, heading for a ~5% weekly gain after dropping a week earlier from record highs.

Currie said last month he sees the potential for palladium to test $3,000/oz, then slide.

With auto manufacturers shutting down production because of a lack of Chinese manufactured intermediate parts, the most bullish forecasts for palladium are being questioned. 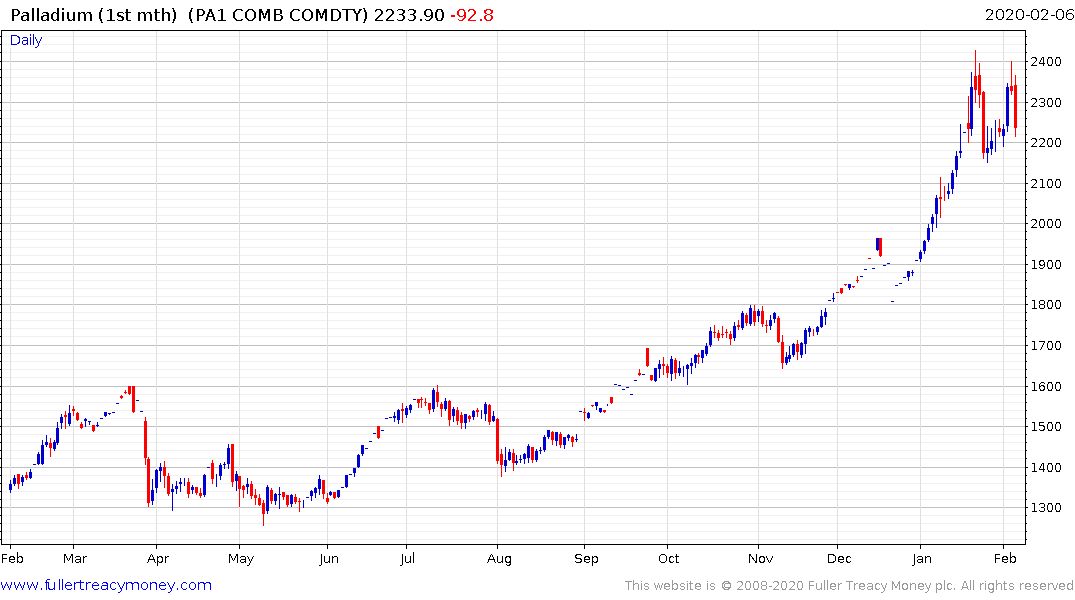 Today’s downward dynamic is the second in as many weeks and suggests near-term and potentially medium-term resistance in the region of $2400. 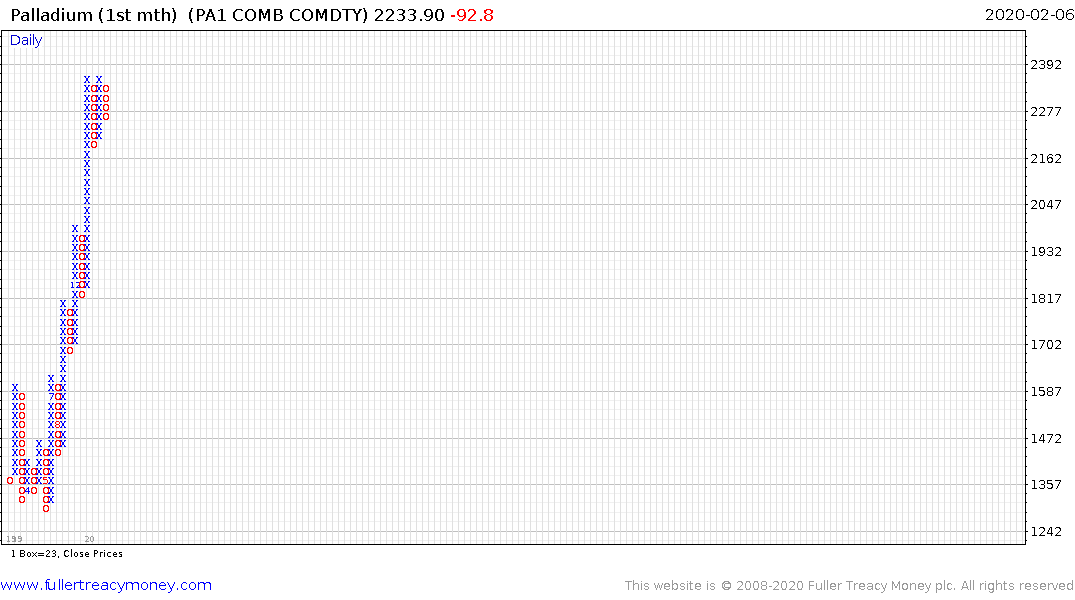 The 1% p&f shows what is, so far, an equal sized reaction which is slightly wider than the last three consolidations. There has definitely been a loss of momentum and greater volatility. If this is not the medium-term peak it is likely to be the penultimate peak.