Gold Rallies Toward $1,800 on 'Massive Currency Debasement'
Comment of the Day

Gold Rallies Toward $1,800 on 'Massive Currency Debasement' by Eoin Treacy

Overall, gold still has room to run, according to Hans Goetti, founder and chief executive officer of HG Research.

“What’s happening here is that the Fed is expanding its balance sheet and every other central bank in the world is doing the same,” he told Bloomberg TV. “What you’re looking at is massive currency debasement in the long term. That’s the major reason why gold is higher, and I would think that over the next few weeks or months, we’re probably going to retest the high that we saw in 2011.”

The Federal Reserve’s massive U.S. monetary program and the fiscal stimulus “could see long-end rates rise during the recovery phase, but not without rising inflation expectations, which should keep real rates suppressed,” TD Securities analysts said in an emailed note. “In this context, we suspect that investment demand for gold will continue to rise as capital seeks shelter from a long-term environment in which real rates are negative.”

Gold’s latest upswing has come even as risk sentiment received a boost after China’s trade data beat estimates, while the pace of coronavirus infections has slowed in some countries, with the focus shifting toward how lockdowns can be eased. President Donald Trump said he has “total” authority to order states to relax social distancing and reopen their economies.

The rationale being used by governments everywhere to justify massive spending programs is “this is not the time to worry about deficits.” The stock market, particularly the FAANG sector continues to rebound on the abundance of free money but the bigger picture is this is being achieved by rapidly debasing the purchasing power of fiat currencies. 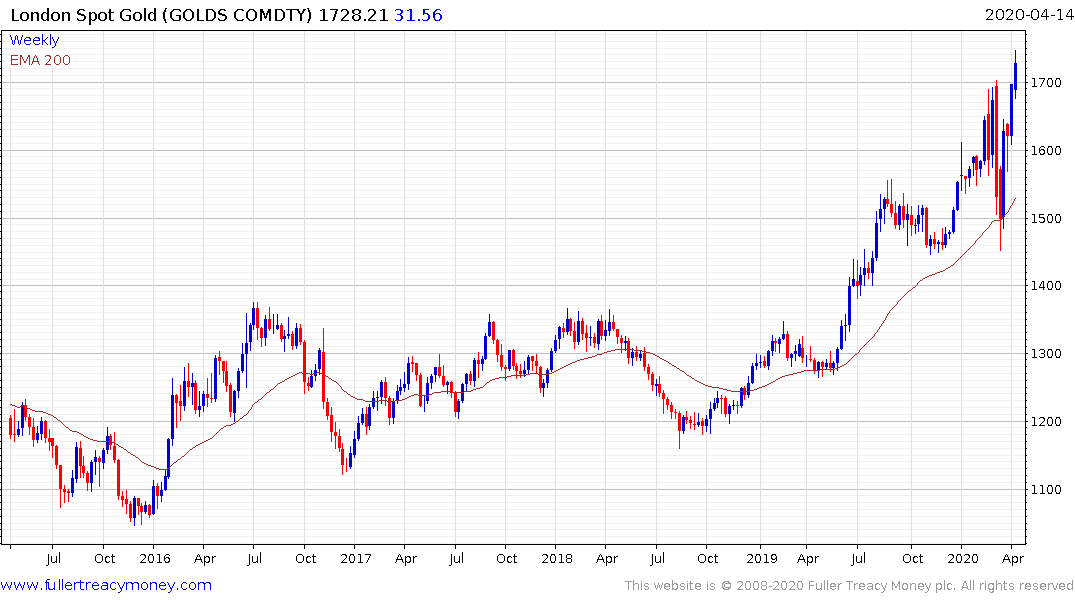 Gold is the barometer against which the purchasing power of all currencies is measured. The fact it is rising against just about all of them is a testament to the global nature of competitive currency valuation. 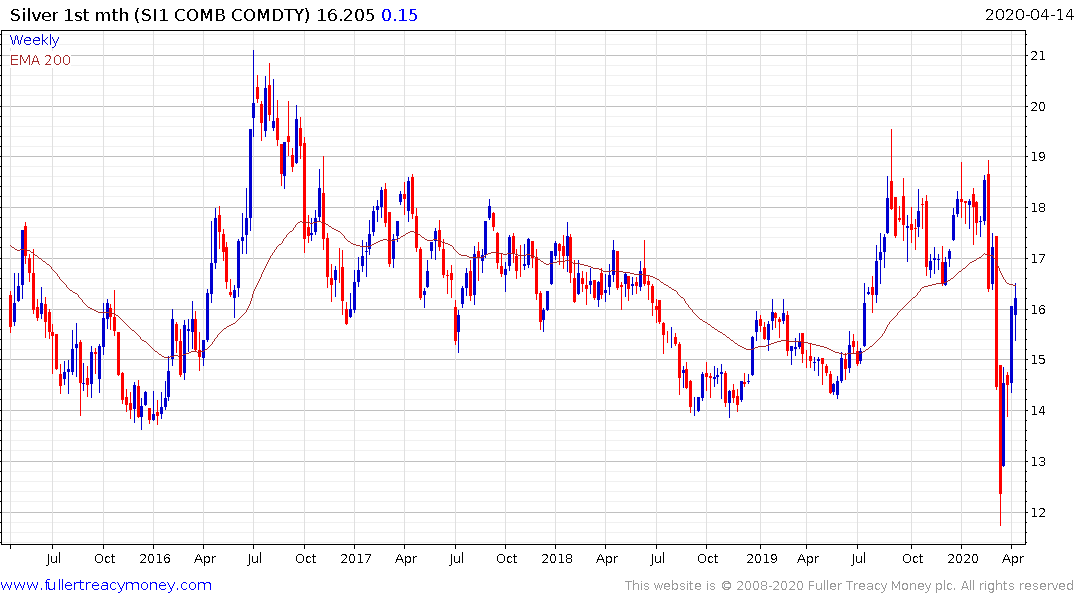 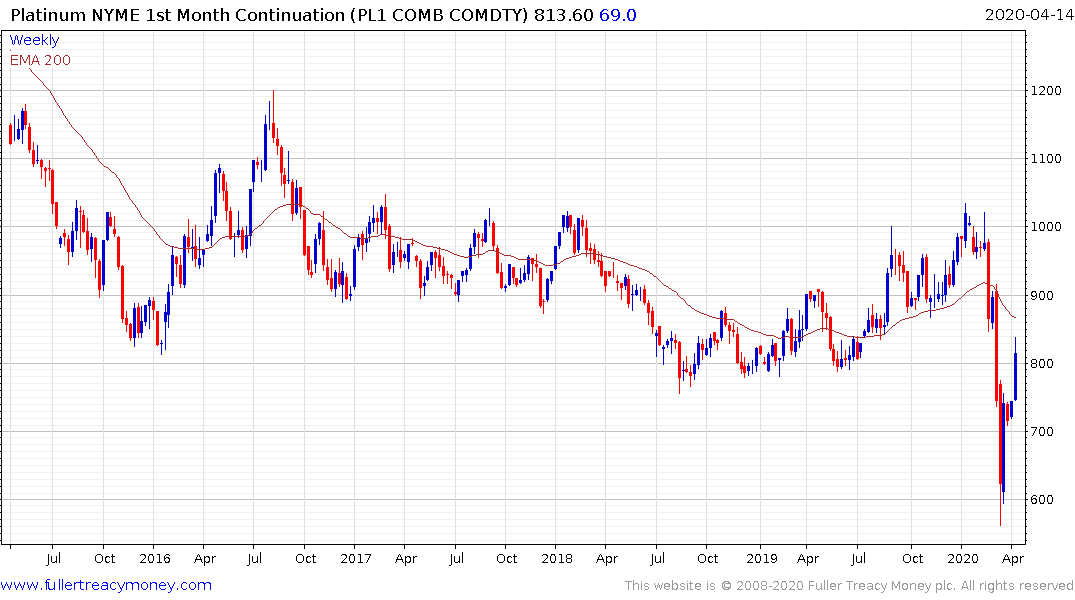 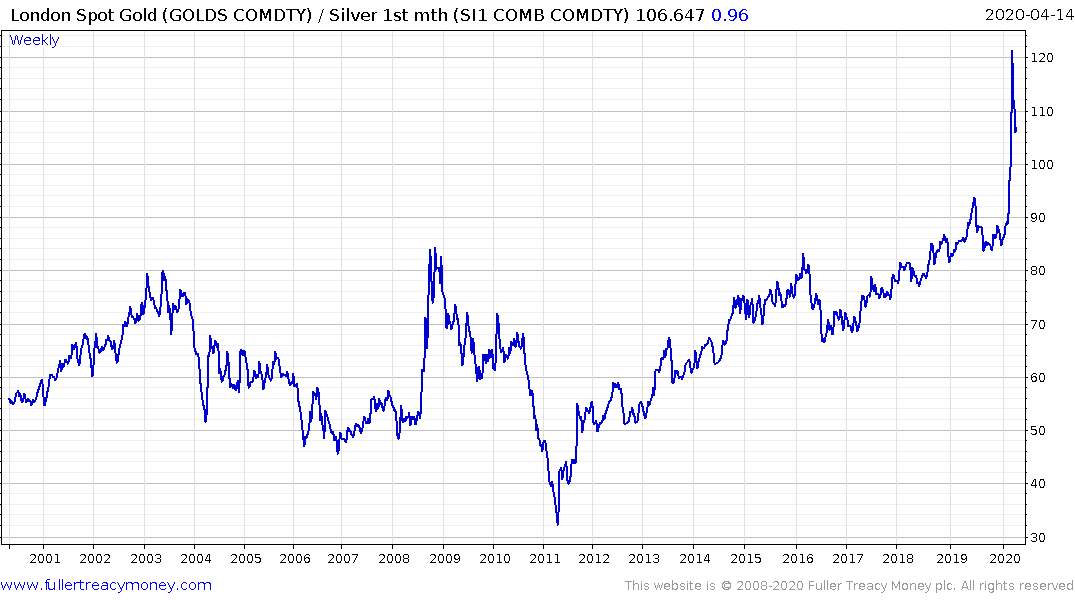 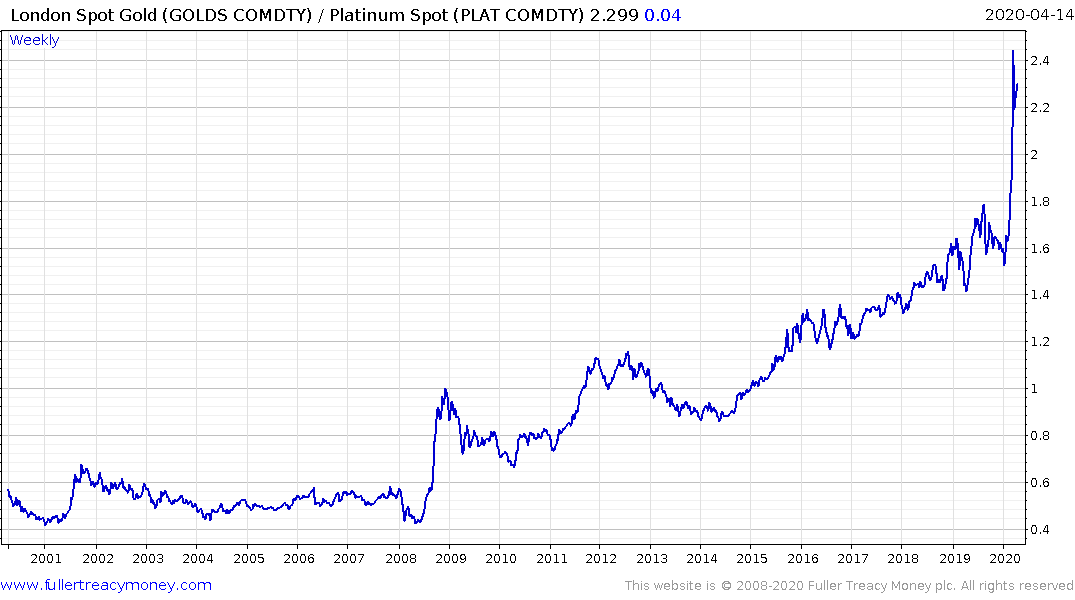 The longer gold continues to rally, the greater the likelihood the other precious metals will play catch up. Both are still at historically wide discounts on a relative basis.

Liquidity is what has sustained the bull market for 12 years. It has allowed the companies best able to access and utilise it to achieve trillion Dollar valuations. These companies continue to exhibit the clearest relative strength in the market. Market breadth has contracted significantly, so a broader and sustained rebound in the wider market will be required to lend credence to the ability of the major indices to continue to rally. 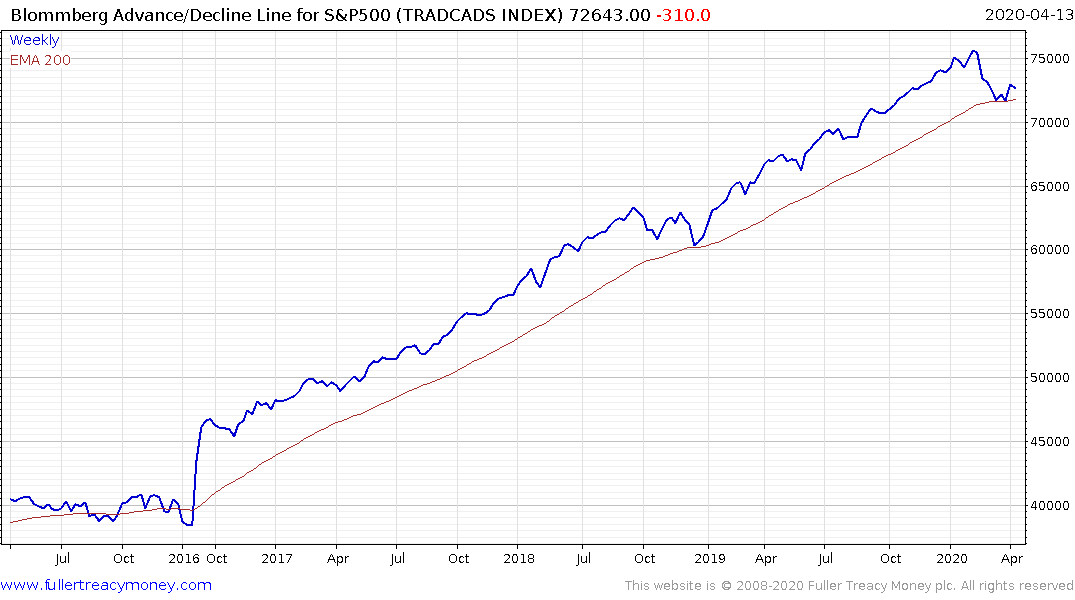 The S&P500 Advance/Decline Line has steadied from the region of its trend mean which supports the view the internals of the market are still reasonably sound and a sustained move below the 200-day MA would be required to question that view. 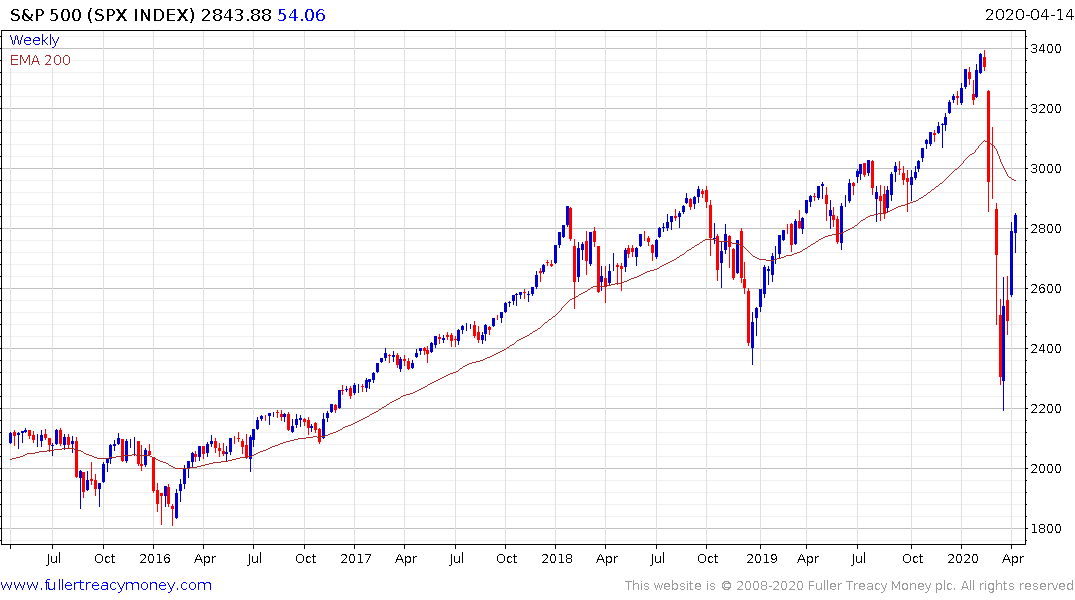 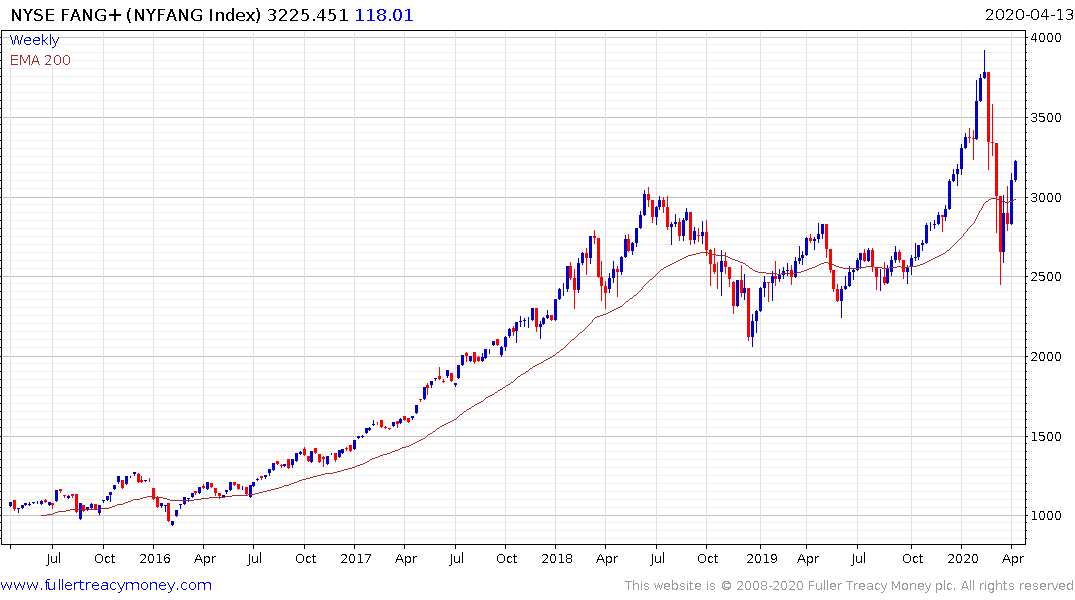 The next area of potential resistance for the S&P500 is the 3000 level. Having now rallied back above the 1000-day MA that area should, ideally, offer support during any consolidation. A short-term overbought condition is rapidly replacing the deep oversold condition so some consolidation is looking increasingly likely.