The move on Tuesday comes after Group of Seven finance ministers and central bankers stopped short of taking action earlier Tuesday, disappointing markets that had been looking for a policy response to the virus. Bullion climbed 70% from December 2008 to June 2011 as central banks increased money supply on an unprecedented scale.

“Gold traders are happy today because this is what they have been waiting for,” Naeem Aslam, chief market analyst at Ava Trade, said by email. “I think the floodgate is wide open and other central banks like Bank of Canada are also likely to follow the same path.”

The central bank also said it is “closely monitoring developments and their implications for the economic outlook and will use its tools and act as appropriate to support the economy.”

Australia cut by 25 basis points and the USA by 50. It appears highly likely the UK and Canada will follow along in lock step. The reason Japan and the Eurozone are not cutting is because they are already at zero or negative on the deposit rate. What investors need to be asking is whether the other OECD countries are going to follow them there. 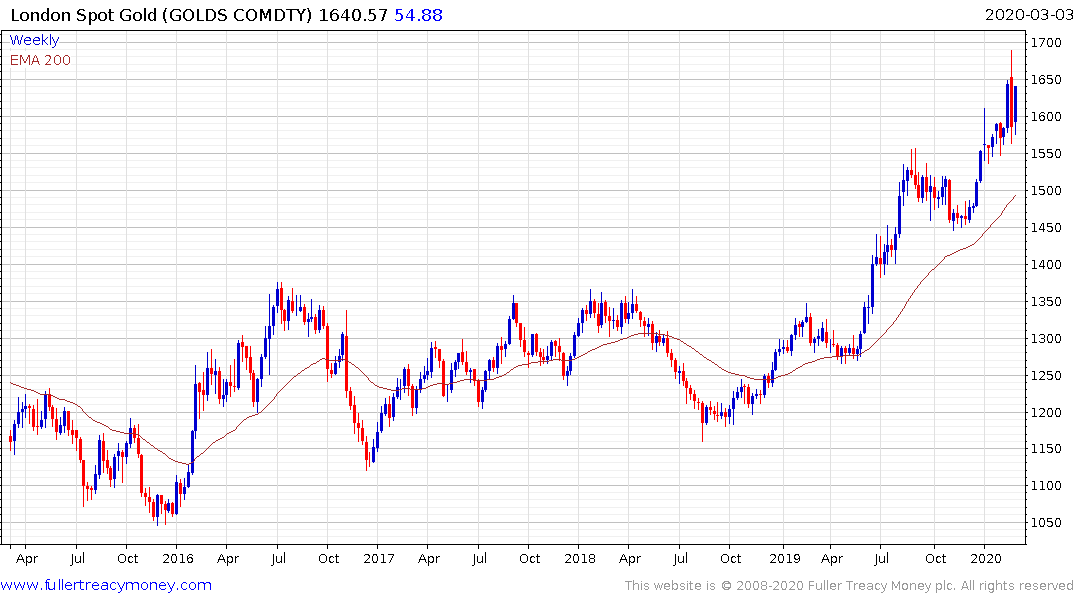 Gold is the barometer against which other currencies are measured. With interest rates falling across the globe and governments lining up fiscal stimulus, the purchasing power of fiat currencies is going be the price paid for stimulus. Gold continues to hold its recent lows and a sustained move below the trend mean would be required to even begin to question medium-term scope for continued upside. 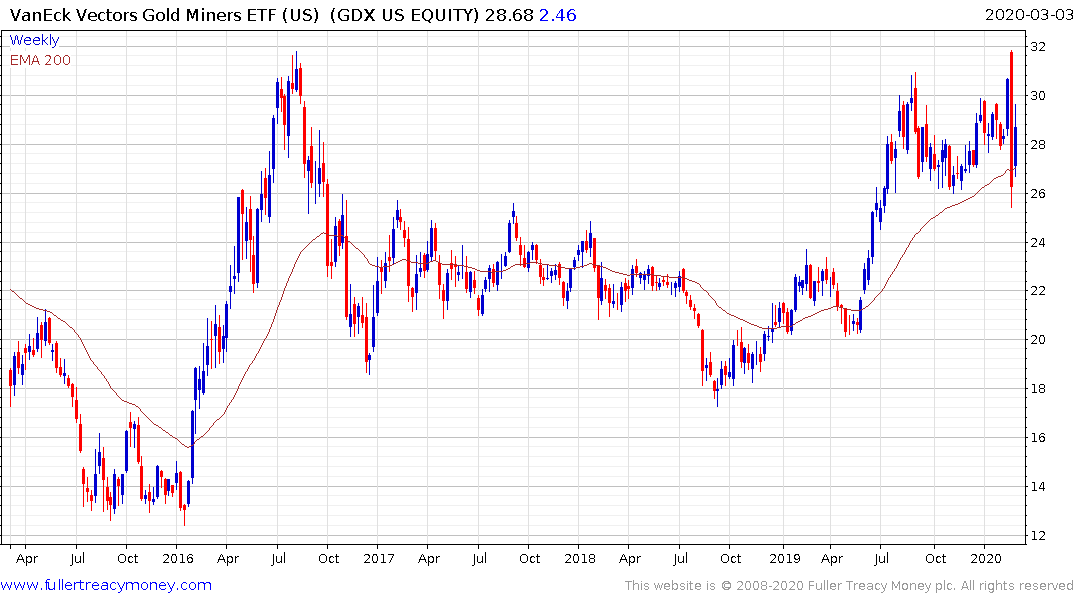 Gold shares sold off hard last week on contagion from the wider market but have since rebounded back above the trend mean. A significant number of the large miners have All-In-Sustaining-Costs below $1000; some considerably so. That suggests the gold mining sector is going to be among the most likely to exceed expectations when first quarter results are posted. The continued weakness of the oil price is likely to be an additional support to mining margins.