Global investors are stashing more and more assets into gold as the coronavirus outbreak spreads and appetite for risk takes a hit.

The global tally of bullion in exchange-traded funds swelled by the most in more than a month on Tuesday as equities sank. That was the 25th consecutive day of inflows, a record. At 2,624.7 tons, the holdings are the largest ever.

After surging 18% last year, gold has extended its rally in 2020, with prices hitting the highest since 2013. The haven has been favored as the virus outbreak has spread beyond China, threatening a pandemic and slower growth.

A global recession is likely if the coronavirus becomes a pandemic, according to Moody’s Analytics Chief Economist Mark Zandi. The odds of that outcome now stand at 40%, up from 20%, he said in a note.

The threat of a prolonged downturn in growth due to the impact of the virus may keep gold elevated, according to Morgan Stanley. Further ETF inflows are likely as long as real interest rates remain negative, it said in a note.

The Total Known Holdings of Gold in ETFs hit a new all-time high yesterday. The most significant point about the advent of ETFs as a major holder of bullion is even during the bear market for gold, ETFs still held 45 million ounces. Today it’s almost 85 million ounces. 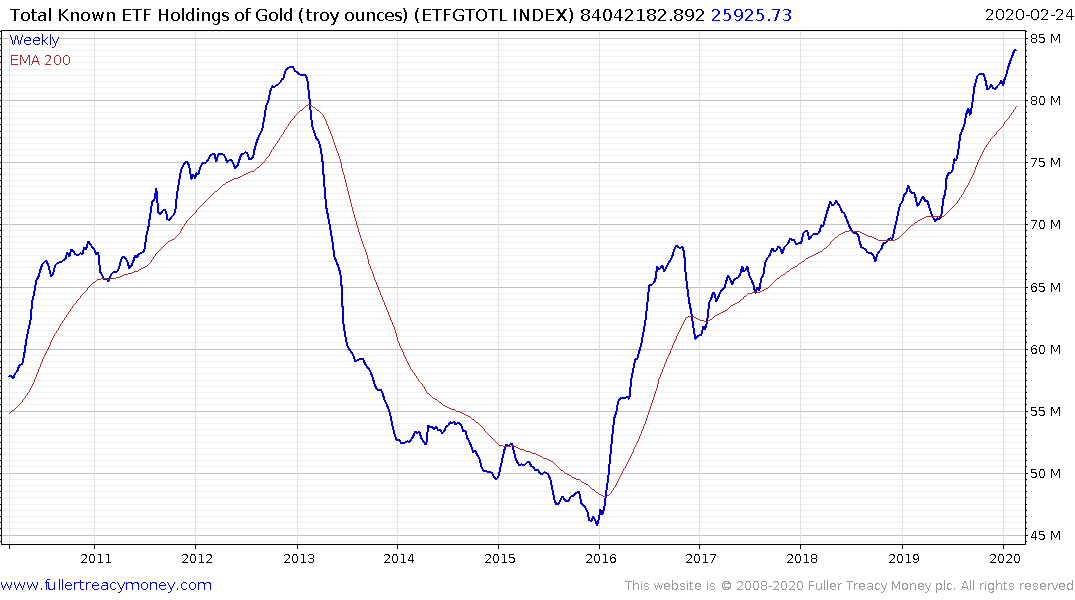 That’s a major withdrawal of supply from the physical market which helps to counterbalance the increase in supply from mines over the same period. Since the low in 2016 investors have added 40 million ounces to ETF holds which is equivalent to 1244 tonnes in four years. However much of that increase occurred in 2016 and in 2019; reflecting spikes in investor interest. 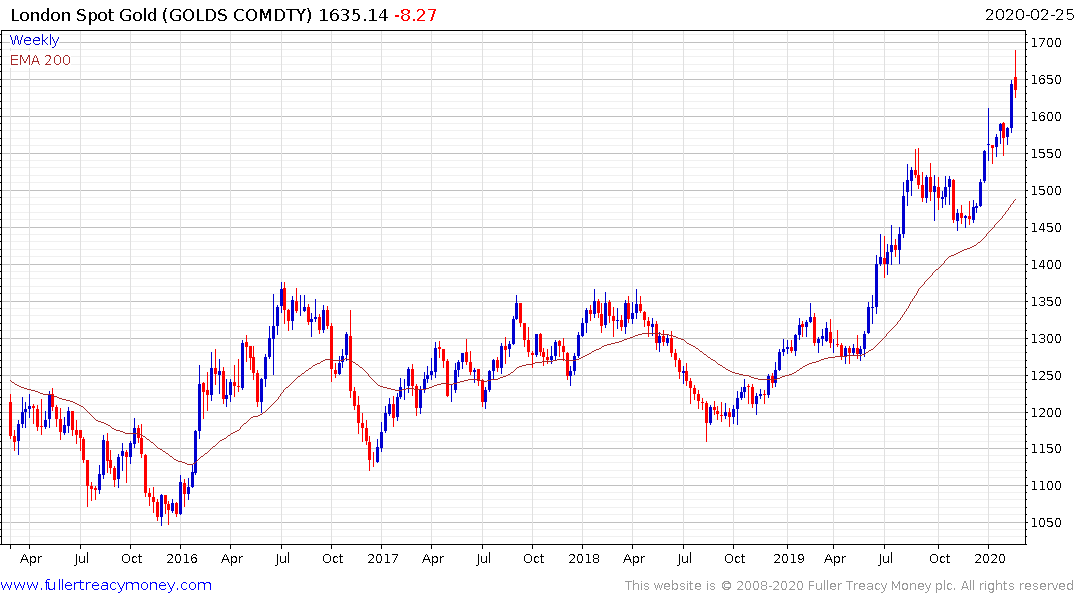 The gold price in Dollars has paused above the $1600 area and some consolidation of the recent advance is looking more likely than now. Nevertheless, a sustained move below the trend mean would be required to question medium-term scope for continued upside. 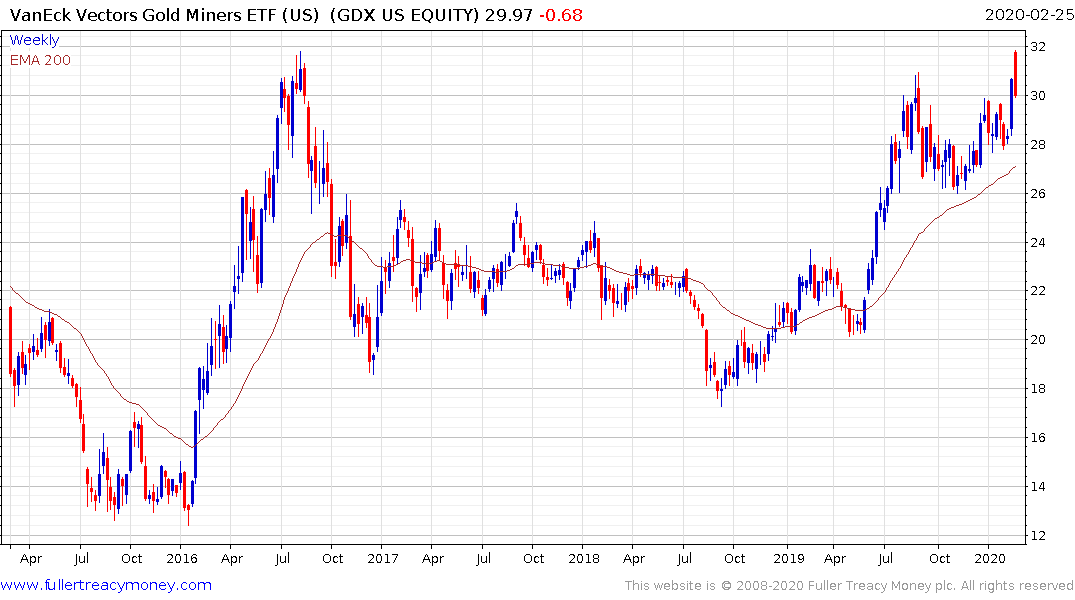 Gold shares appear to be in the process of completing a seven-year base formation. A sustained move above $30 will confirm a return to medium-term demand dominance. Considering the cashflow the miners have on hand and the positive effect stimulus is likely to have on gold, I believe is it only a matter of time before gold miners attract significant additional investor interest.