Global Bonds Rally After Tensions Flare Between U.S., Iran
Comment of the Day

“The data will probably prove to be an anomaly, but the initial market reaction is that it’s bad enough to at least consider the possibility of a Fed rate cut,” said Chris Low, chief economist at FHN Financial. “The combination of geopolitical tensions on top of unexpectedly weak data increases the likelihood of a 2020 Fed rate cut.”

Yields on 10-year Treasuries dropped as much as 8 basis points to 1.79% and remain within 2 basis points of that level. Rates on their German counterparts were down 6 basis points at minus 0.28%. Yields tumbled in most major markets around the world.

I agree that it is unlikely the Iran news is enough to justify a rate cut but the bond market rallied nonetheless. 10-year Treasury yields are now testing the sequence of higher reaction lows evident since September, having found paused in the region of the trend mean. A sustained move above 2% will be required to signal a return to supply dominance beyond the short term. 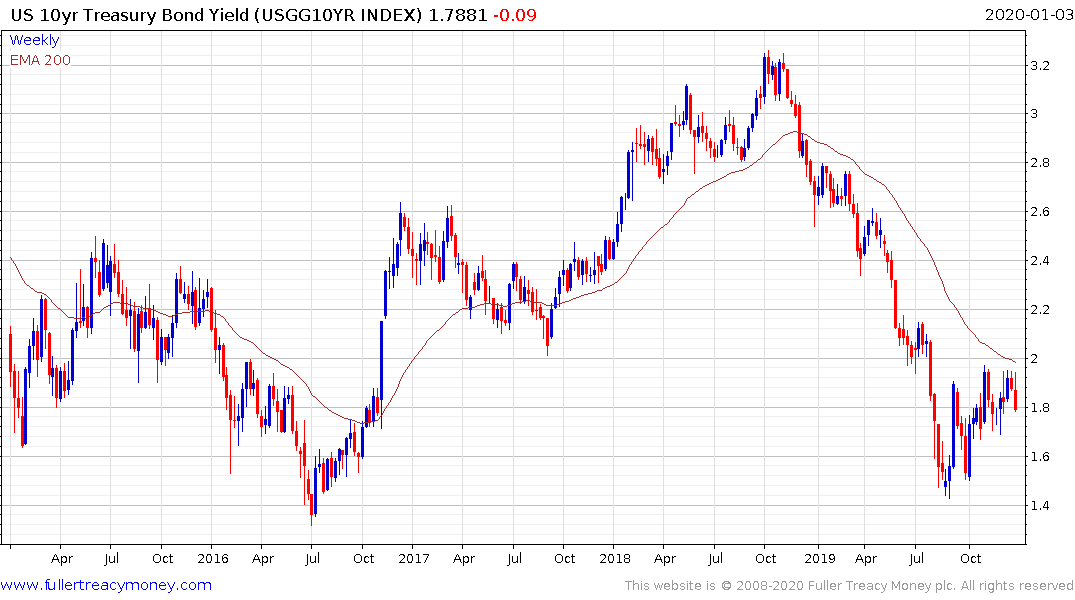 The abrupt contraction in high yield spreads in the last week of the year is noteworthy because it completely unwinds the advance in December 2018 and signals a return to a more sanguine attitude towards some of the riskiest debt. 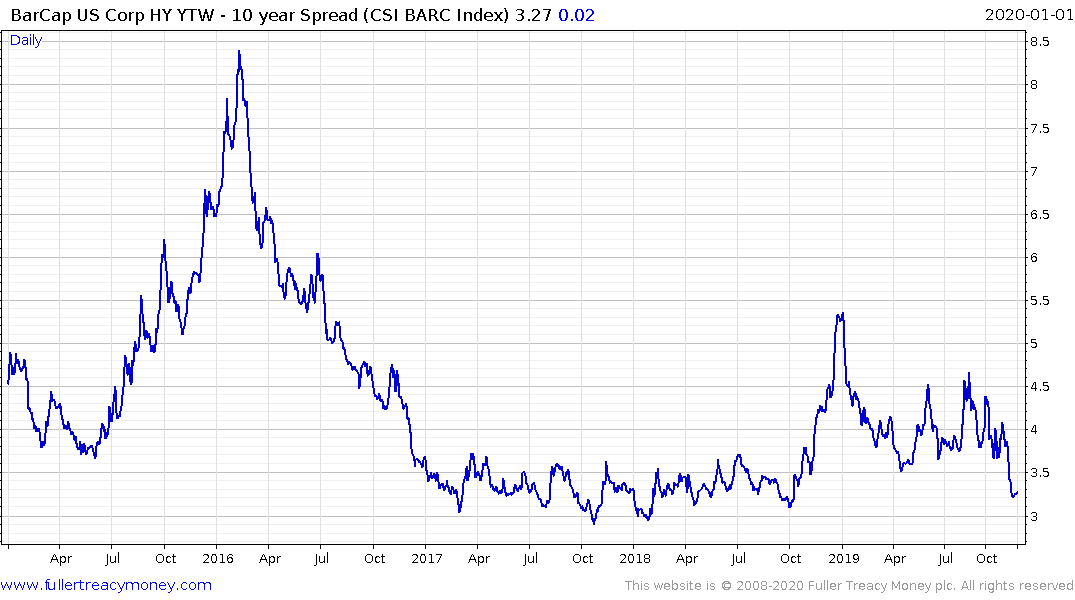 In the summer there was a clear assumption baked into close to record low yields that deflation was inevitable and $17 trillion in negative yields was in some way justifiable. That represented a medium-term peak for bond prices. Today there is a similar consensus assumption that the Fed will print as much money as is required to fix any problem. Why else would spreads be so tight?

The aggressive action to supplement liquidity in the repo market has signalled to investors the liquidity gravy train continues to steam ahead. That’s the only rationale I can think of to justify the appetite for risk the contraction in spreads reflects. 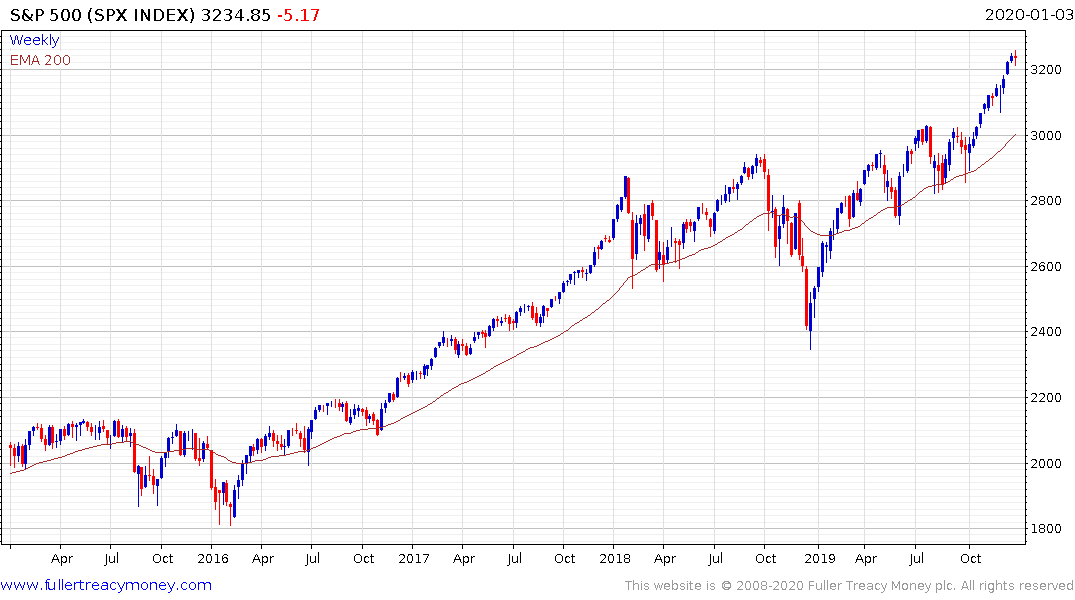 The S&P500 remains quite overextended relative to the trend   mean but a clear downward dynamic would be required to check momentum.