The move will add to fears that the region’s economic slowdown is being driven by more structural factors akin to Japan’s “lost decade.” Germany’s bond market is widely perceived as being one of the world’s safest, with investors lured in by the liquidity and credit quality offered. Funds still looking to extract a positive return from European sovereign assets have been forced further out the yield curve or into riskier debt markets such as Italy.

“It underlines that the hunt for yield, or rather hunt to avoid negative yields, is accelerating day by day,” said Arne Lohmann Rasmussen, head of fixed-income research at Danske Bank A/S. “It just makes things more complicated.”

Investors are paying the German and Swiss governments to take their money at every maturity and in Japan out to 15-year maturities. Bond investors have concluded the only possible way to manage the debts and unfunded liabilities that have built up over decades is with money printing. That will be facilitated by central banks buying the newly minted bonds and that contributes to the momentum move. The victims are currencies which is why gold is rallying.

Russell Napier had this to say in his most recent missive “…that the Fed has, since March 20th, committed to a balance sheet expansion which will see it soak up from one third to one half of the supply of Treasuries going forward.” The transition away from holding mortgage bonds to concentrating on Treasuries represents a meaningful support for the Treasury market. 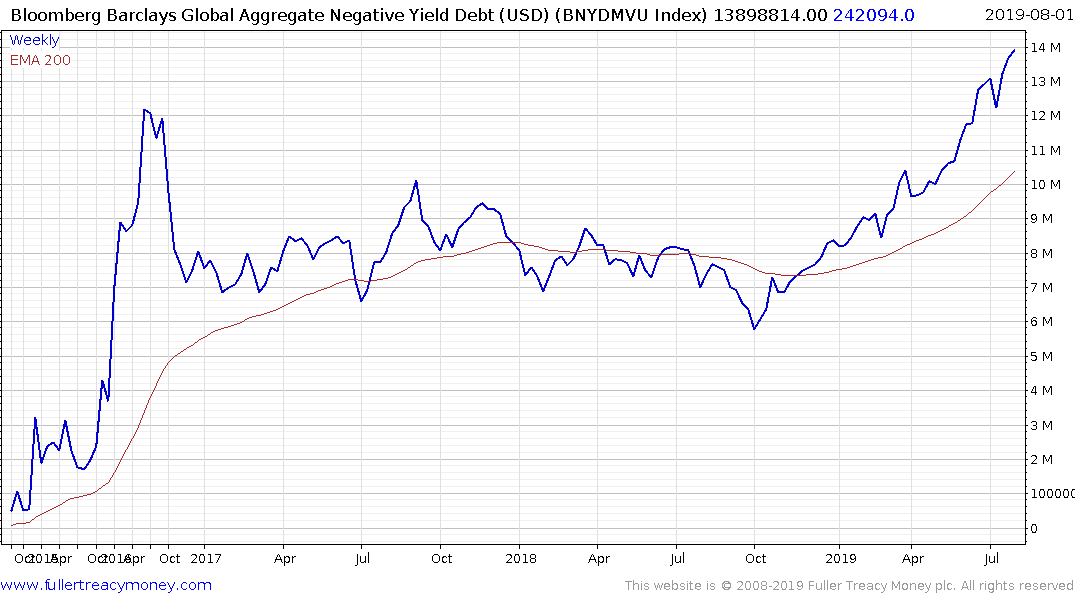 Another way of thinking about it is that the only way to arrest a meaningful advance in the value of the Dollar, particularly against the Euro, will be to print oodles of new bonds and increases the monetary base. The question many investors are likely wondering about is whether, or perhaps when, the US Treasury curve will also go negative? 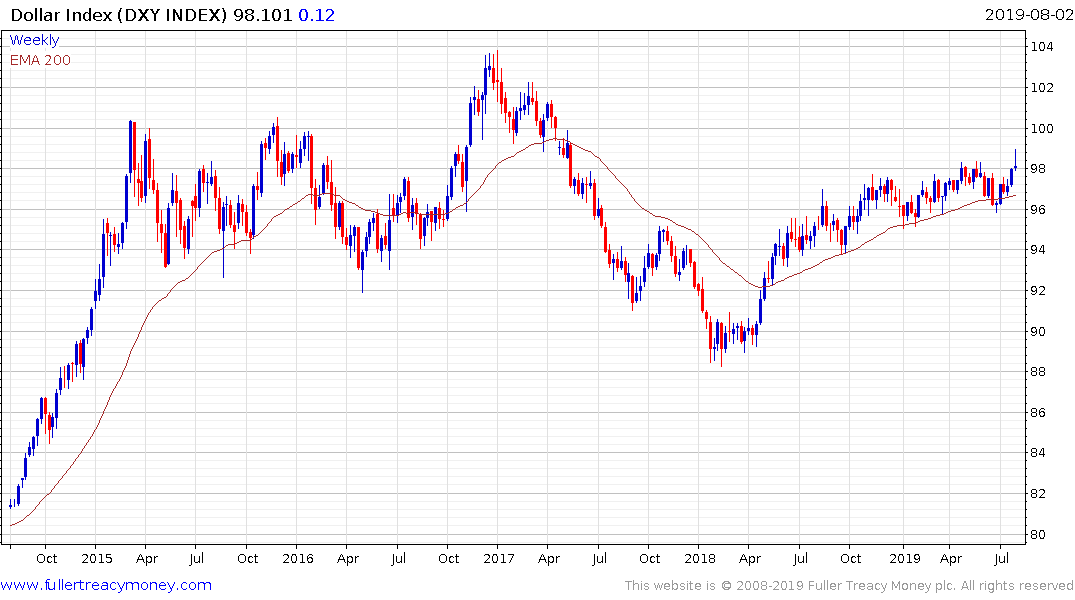 My composite chart for central bank balance sheet totals ticked higher this week. With the Fed and ECB planning additional stimulus there is clear scope for a recovery. That suggests while the stock market is currently unwinding short-term overbought conditions, there is still scope for a further advance later in the quarter and into the end of the year.

The much bigger picture is to remember every mania is characterised, in hindsight by an obvious contradiction. On this occasion, the assumption everyone can make money from negative yielding bonds is the standout. It means pensions funds and other yield to maturity investors will go bust when it eventually ends. That’s not a contrarian view. It is the basis for supporting continued monetary fiscal easing all over the world. Little wonder gold is in a bull market.