Almost two-thirds of U.S. natural gas production is at risk of being cut as prices tumble, according to Tudor, Pickering, Holt & Co.

About 55 billion cubic feet a day of gas in basins from Texas to Appalachia could be curtailed, analysts at Tudor Pickering wrote Monday in a note to clients. That’s roughly 60% of current dry gas output, based on BloombergNEF estimates.

Mounting debt, a lack of access to capital markets and a drop in hedging will lead to a decline in drilling starting in the second half of this year, Tudor Pickering said. The energy-focused investment bank says only two or three companies, including Cabot Oil & Gas Corp., can afford to keep output flat with prices below $2.25 per thousand cubic feet, or about $2.17 per million Btu.

“We do expect to see a significant number of bankruptcies if gas prices stay this low,” Matthew Portillo, managing director of upstream research at Tudor Pickering, said by phone. Producers have no gas hedges in place beyond 2021, he said.

Gas has lost about a third of its value since early November, sinking below $2 per million British thermal units for the first time in almost four years as production from shale basins overwhelms demand amid a mild winter.

“What you’re starting to see is the forward curve not only in 2020 but in 2021-plus has moved to such a low price that companies are not able to drill within cash flow to hold drilling steady,” Portillo said.

Drilling in the Haynesville shale in Louisiana is set for a “significant collapse” if prices remain low, he said.

Unconventional supply is prolific but expensive. The vast majority of companies rely on continued high prices to support their drilling activities. That ensures the cyclicality of prices. The higher prices are the more oil and gas can be produced but declines in prices mean drillers can no long source funding and some will inevitably go bankrupt. That will temporarily withdraw supply from the market which will support prices and open the way for new drilling to take place.

High yield energy spreads remain in an uptrend and are back testing the highs near 600 basis points. 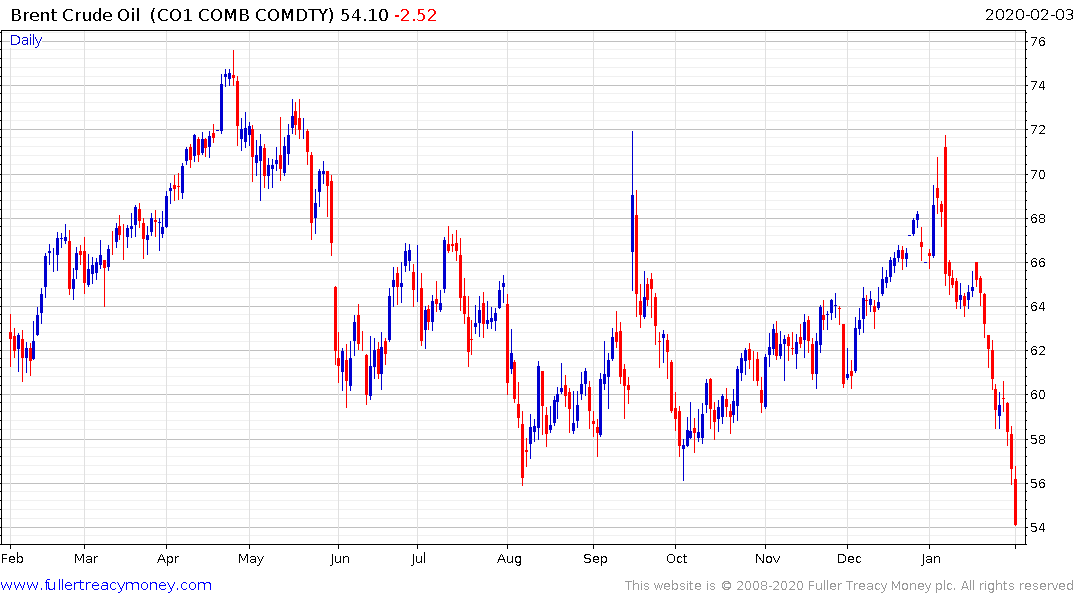 Brent Crude oil broke downwards from its more than yearlong range today. A clear upward dynamic will be required to check momentum beyond a pause. With Chinese demand falling by 3 million barrels a day some kind of supply response from OPEC is looking increasingly likely which may act to support prices. 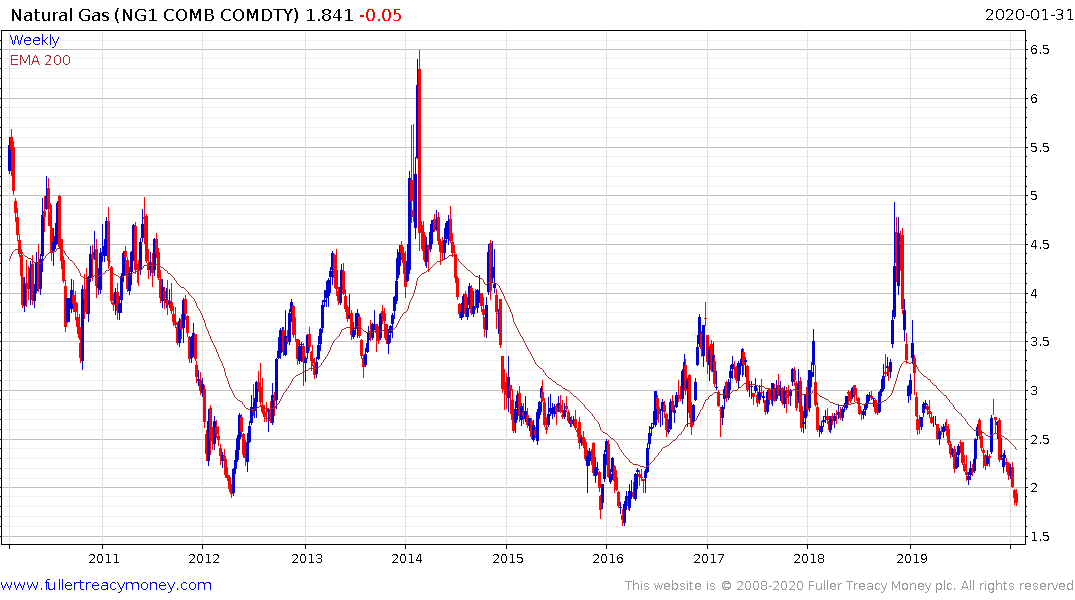 Natural gas continues to extend its downtrend and is now approaching the lows posted in 2015/16. 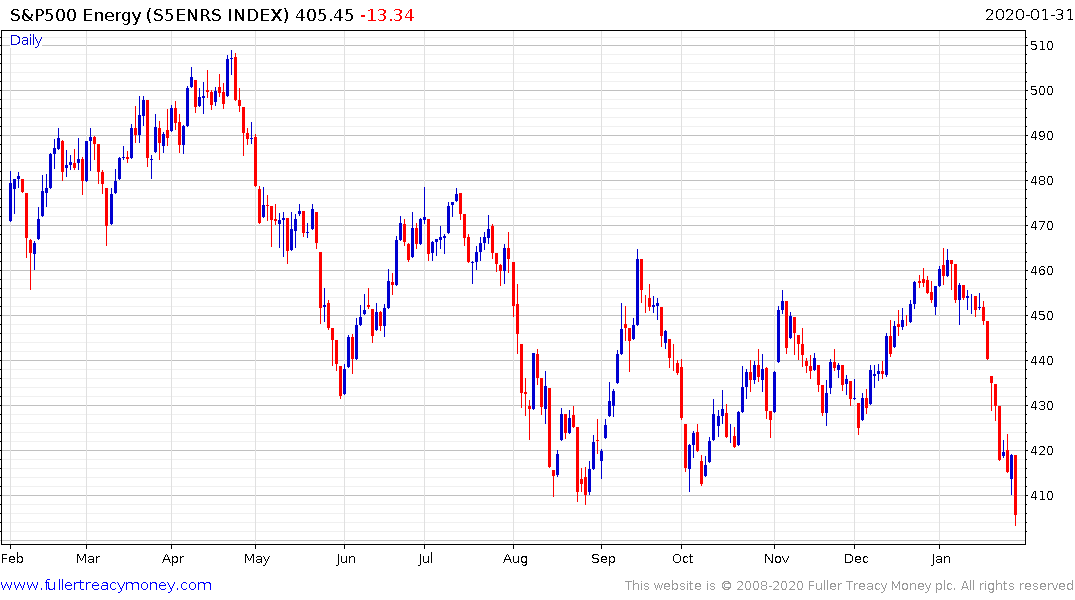 The S&P Energy Index hit a new closing low today and while oversold in the short-term needs an upward dynamic to check momentum.