Five Reasons to Oppose the Budget Deal
Comment of the Day

Five Reasons to Oppose the Budget Deal by Eoin Treacy

The proposed budget deal would lift spending caps for the next two years by a combined $320 billion, which over the next decade will result in $1.7 trillion of additional projected debt. Negotiators explicitly chose not to extend the Budget Control Act (BCA) caps, which will expire in 2021. The Congressional Budget Office (CBO) will thus assume discretionary spending rises with inflation after 2021 in its baseline, leading to roughly $1.5 trillion more of outlays through 2029. Netting interest and offsets brings the total cost to $1.7 trillion.

2. The Budget Deal Would Cost Nearly As Much As the Tax Cuts

While we and many others have decried the cost of the unpaid-for 2017 tax law, passing this deal would enshrine nearly as much debt as the tax cuts did. According to CBO, the 2017 tax law will cost $1.9 trillion over a decade, including the dynamic effects from economic growth and interest. We project that the proposed budget deal will enshrine $1.7 trillion of debt over a decade, including interest. As a result, lawmakers will have added almost as much to the debt with this round of spending increases as they did with tax cuts.

This is what Modern Monetary Theory looks like. They don’t ring a bell when slipping through trillions of additional spending, but the effect is the same. It is never really that much of a hurdle to get politicians to spend more. The question is only ever over what to spend the money on. Admittedly, they do occasionally adopt a posture of fiscal probity but it never lasts very long and the debt totals just continue to increase. The big point is this deal to increase spending received cross party support and is a foretaste of what the next US administration plans regardless of hue.

Modern Monetary Theory requires a coordinated suite of polices spanning both fiscal and monetary policy. The US Presidential Cycle gives us all the evidence we need to highlight that an informal arrangement has been in place for decades. The fact we have had a growth scare in the first half of the 3rd year, and the Fed is now about to easy policy and begin reflating its balance sheet, suggests the broad framework of the cycle is still in play. MMT simply strengthens/formalizes the relationship. 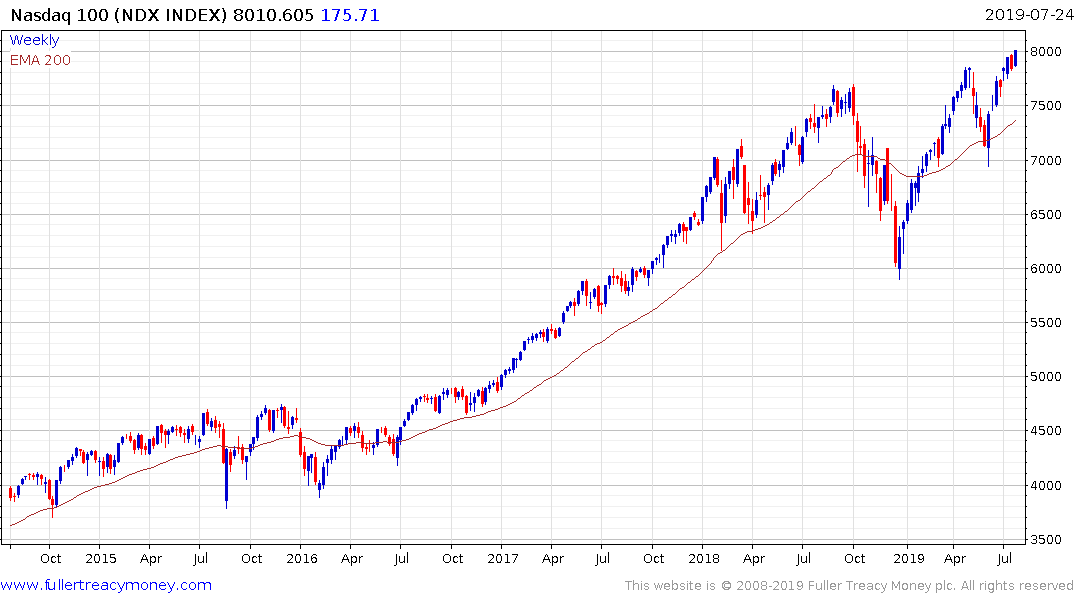 With both the fiscal and monetary drive to ease policy, against a background of full employment and a stock market valued on the pricey side, there is a clear scope for valuation expansion which could lead to a bubble. 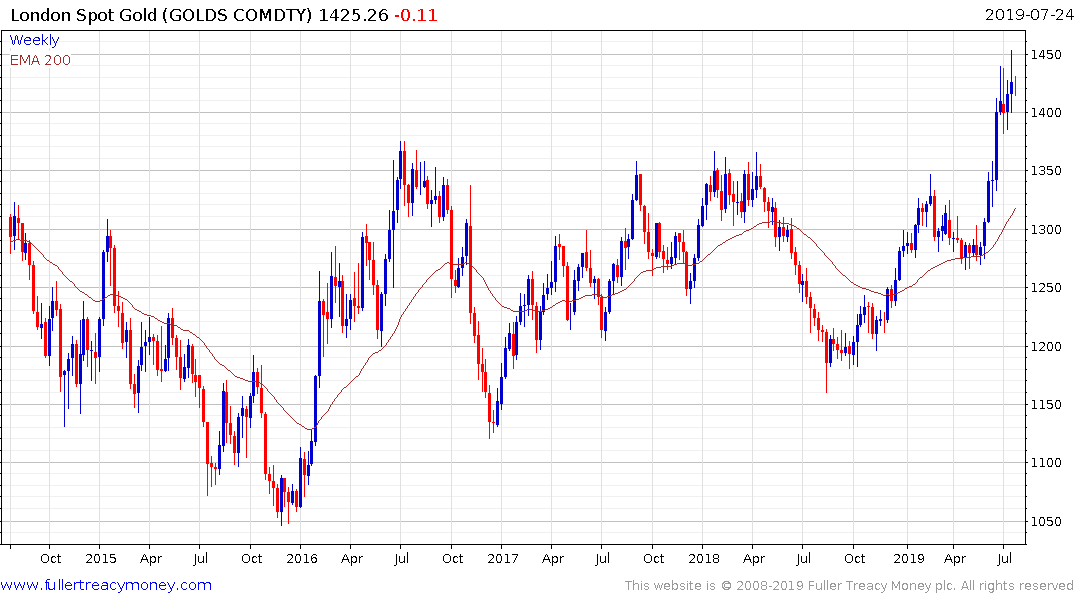 Anyone seeking for a reason for gold’s strength does not have to look much further than the rising popularity of MMT.