The coming rain of credit -- historic in both size and scope -- will be made possible by $454 billion set aside in the aid package for Treasury to backstop lending by the Fed. That’s money the central bank can leverage to provide massive amounts of financing to a broad swathe of U.S. borrowers.

“Effectively one dollar of loss absorption of backstop from Treasury is enough to support $10 worth of loans.” Fed Chairman Jerome Powell said in in a rare nationally-televised interview early Thursday morning. “When it comes to this lending we’re not going to run out of ammunition.”

He told NBC’s “Today” show that the Fed was trying to create a bridge over what may well be a substantial decline in the economy in the second quarter, to a resumption of growth sometime in the latter half of the year.

“It’s very hard to say precisely when that will be,” he said. “It will really depend on the spread of the virus. The virus is going to dictate the timetable here.”

While the Fed can help by keeping interest rates low and ensuring the flow of credit, “the immediate relief” for Americans will come from the Congressional aid package, Powell said. The bill includes direct payments to lower- and middle-income Americans of $1,200 for each adult and $500 for each child.

Combined with an unlimited quantitative easing program, the Fed’s souped-up lending facilities are set to push the central bank’s balance sheet up sharply from an already record high $4.7 trillion, with some analyst saying it could peak at $9-to-$10 trillion.

The new stimulus plan is providing money to 90% of consumers, but also to corporations, municipals and both the government and corporate bond markets. In terms of both size and scope the package is designed to provide a life line to all markets and, so far, it is having the desired effect. 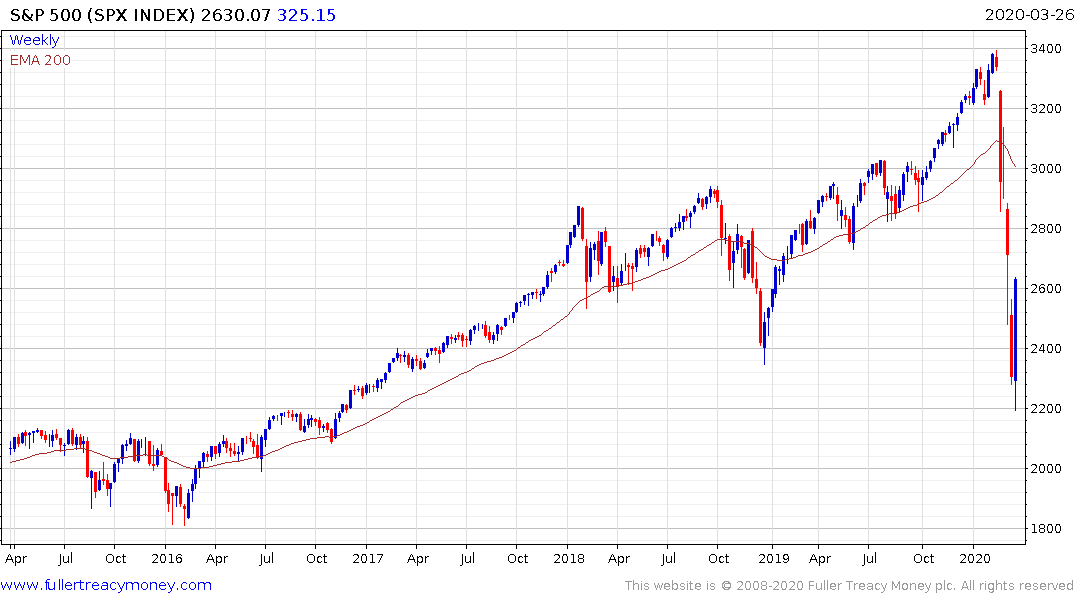 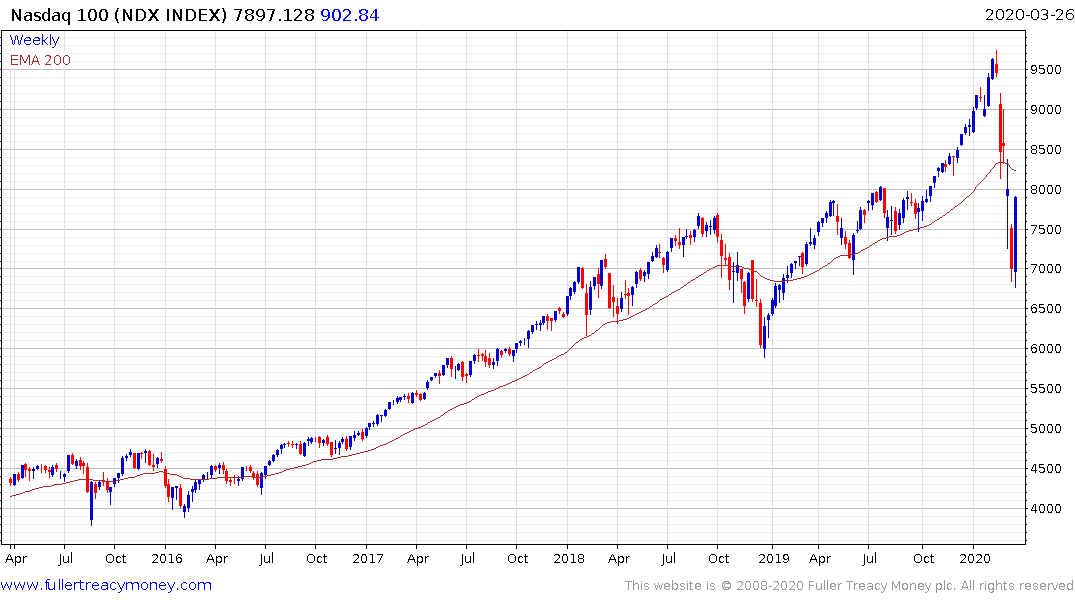 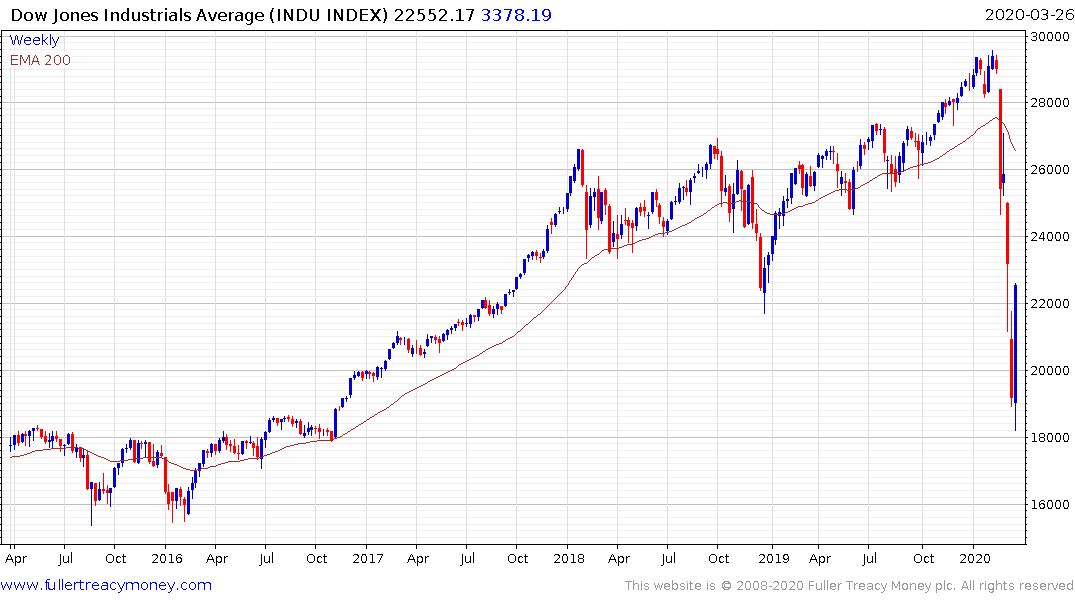 The S&P500, Nasdaq-100 and Dow Jones Industrials Average are working on upside weekly key reversals. The key to the key is size and these are sufficiently large weekly dynamic moves to pressure short positions and to register psychologically with investors.

Type-2 tops are characterised by massive reactions against the prevailing trends. Following a severe shock, people look around and ask whether the size of the contraction is equal to the size of the understood risk. Today’s news that the surge in jobless numbers was not as large as feared was the catalyst for some rerating and justification for dip buying.

The bulls are now betting the V-shaped recovery in early 2019 is going to be repeated. The bears are betting the declining in the number of companies capable of buying back their stocks will remove a major source of demand and sap scope for a rally. They also believe the virus scare is not just about to disappear.

That is why type-2 tops so often see ranges form following the initial rebound. Whether that first big pause occurs above or below the 200-day MA will inform investors on the likelihood or a resumption of the now inconsistent uptrend or the formation of a broader top formation.

The one undeniable point that lends support to the bulls is monetary policy beats most other factors most of the time. Right now, the quantity of money being printed is multiples of what we have seen in reaction to previous contractions. That is going to inflate asset prices.

Zero interest rates and abundant capital supports growth sectors and gold as a hedge against the devaluation of fiat currencies.