The Federal Reserve is not leaving any corner of the U.S. bond market behind in this crisis. There’s no other way to interpret the central bank’s sweeping measures announced Thursday, which together provide as much as $2.3 trillion in loans to support the economy. It will wade into the $3.9 trillion U.S. municipal-bond market to an unprecedented degree, can now purchase “fallen angel” bonds from companies that have recently lost their investment-grade ratings, and has expanded its Term Asset-Backed Securities Loan Facility to include top-rated commercial mortgage-backed securities and collateralized loan obligations.

This is new and close to what I’ve argued for over the past year. The Fed’s facility will buy muni debt directly from issuers that’s sold for cash-flow purposes and matures no later than 24 months from the date of issuance. I had figured that for simplicity the central bank would make this available only to
states, but the Fed decided that in addition to states and Washington, D.C., it would also buy notes from cities with more than 1 million residents and counties with more than 2 million. The Treasury Department is making an initial $35 billion equity investment, and the vehicle can snap up as much as $500 billion of eligible debt.

The buck has to stop somewhere and the support mechanisms announced following the lockdowns resulted in the burden of fiscal supports falling unevenly on different portions of the market.

The significant additional support announced by the Federal Reserve today moves most of those risks onto its balance sheet. The recovery from the current recession will not be hampered by a lack of liquidity. What the Fed is now doing is to signal clearly, anyone who needs credit will get it. 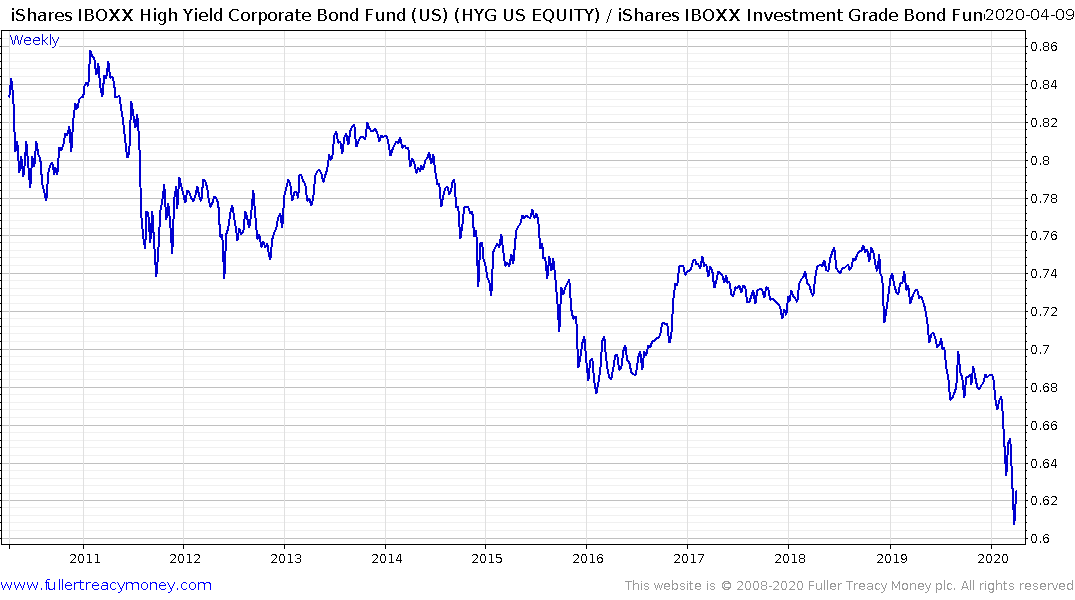 That virtually ensures companies which really should fail will limp on a while longer which does nothing to improve the productivity of the economy overall. The conditions under which it will buy high yield bonds mean today’s measures are a bailout for the fallen angel sector. They will not now experience widening spreads. The Investment Grade/High Yield ratio (LQD/HYG) has been trending lower for more than a year but is now likely to reverse. 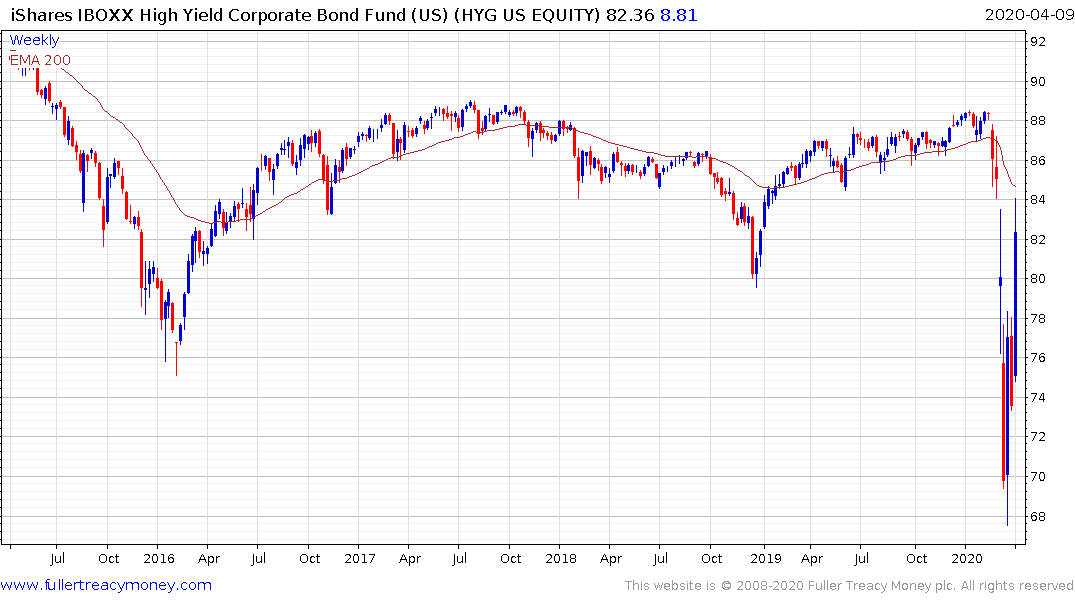 High yield spreads at 1,000 basis points three weeks ago represent at least a near-term peak. This now moves the goal posts to companies that were already junk rated before March 12th. 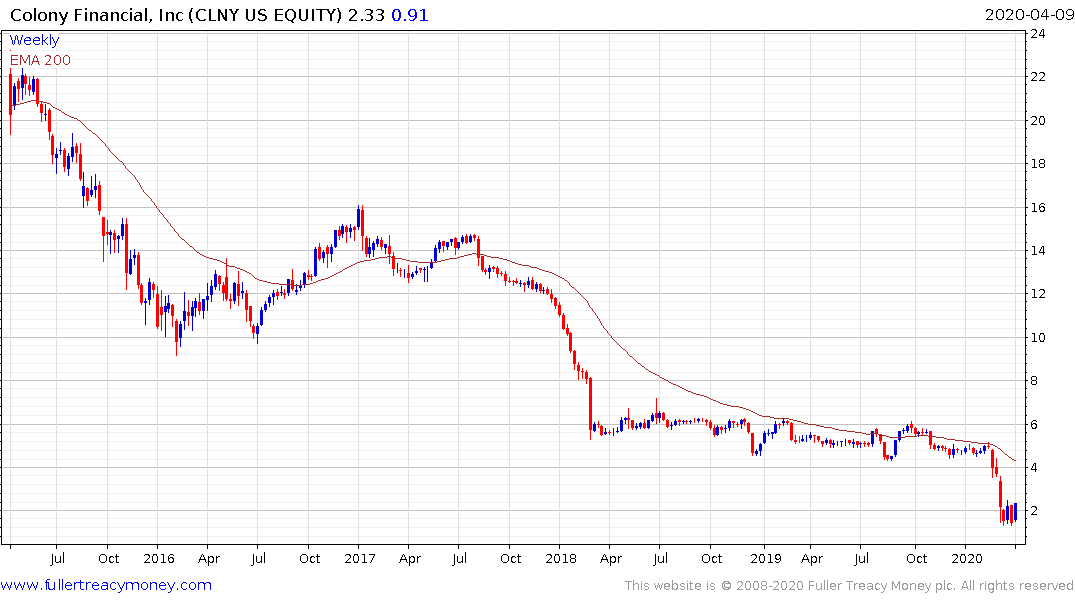 Colony Capital is now firming within its short-term range following its collapse in March.