“We’re not even thinking about thinking about raising rates,” he told a video press conference Wednesday. “We are strongly committed to using our tools to do whatever we can for as long as it takes.”

The Federal Open Market Committee earlier said it would increase its holdings of Treasury securities and agency residential and commercial mortgage-backed securities “at least at the current pace” to sustain smooth market functioning.

A related statement from the New York Fed specified that the pace of the increase would be about $80 billion a month for purchases of Treasuries and about $40 billion of mortgage-backed securities.

“Acting on mortgage-backed securities and Treasuries underscores their belief that more support is needed,” said Diane Swonk, chief economist with Grant Thornton in Chicago. “The Fed does not see a victory in the employment bounce-back. The risk of deflation is still high and the economy needs more support to heal more fully.” 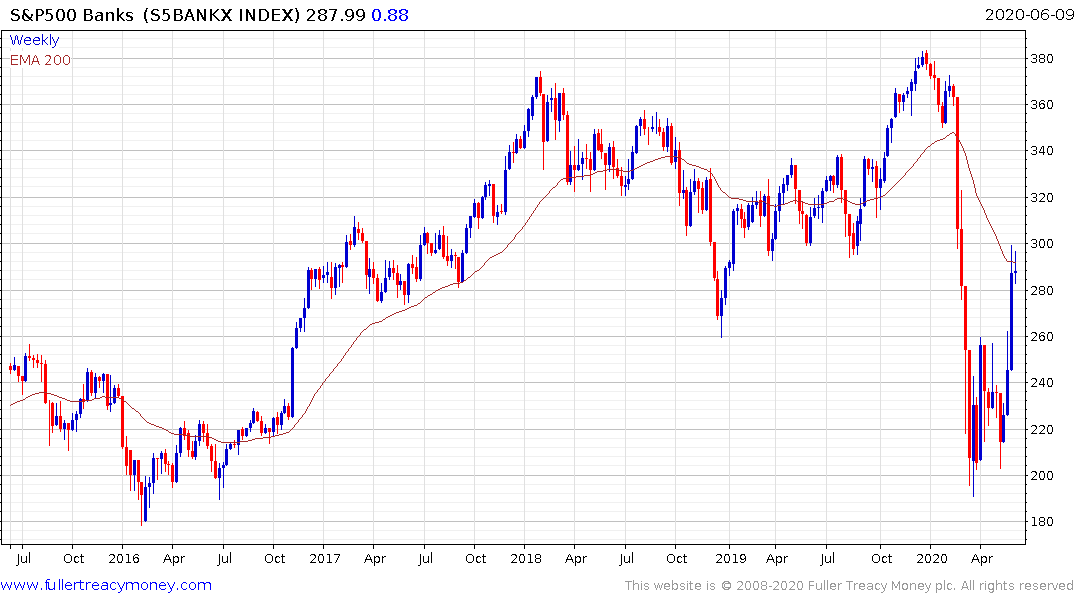 The spectre of yield curve control is very real and it is likely to put a lid on any potential recovery in the banking sector. The S&P500 Banks Index encountered resistance in the region of the trend mean on Friday and a sustained move above 300 would be required to question potential for lower to lateral ranging.

The bigger picture is it will avoid the surge in the yield curve spread that is normally associated with stock market strife following an inversion. The additional downward pressure on the Dollar helps to support nominal stock prices but is also a global stimulus which is positive for Europe and emerging markets. 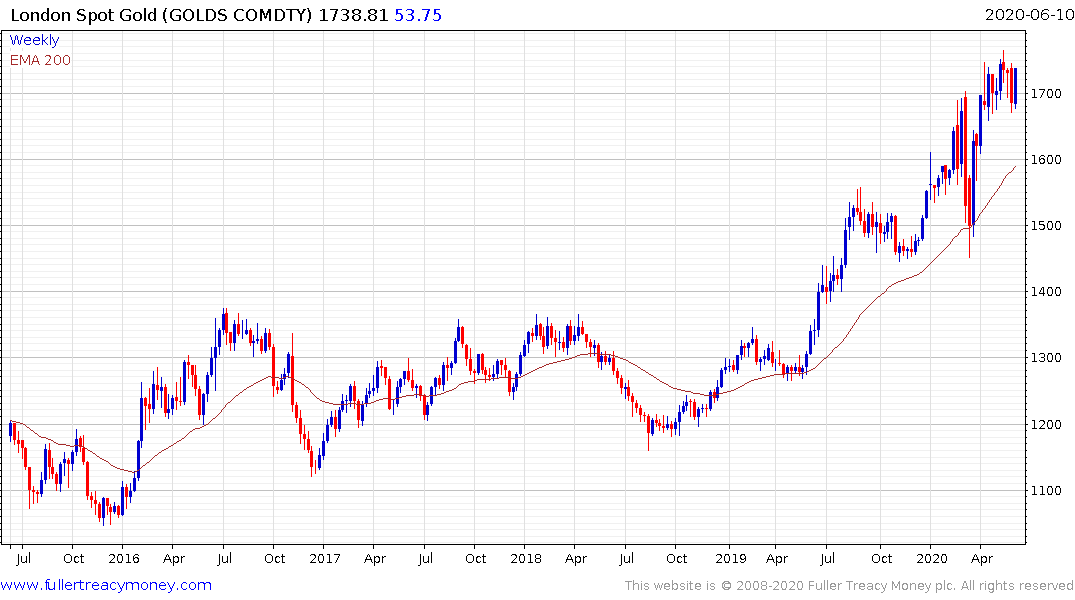 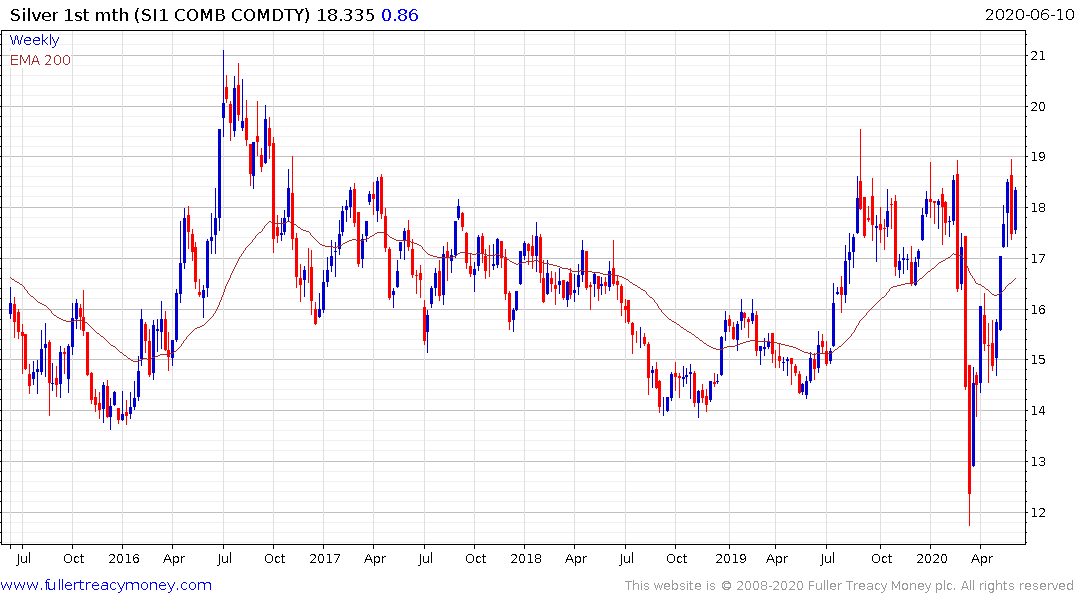 It is also a net positive for precious metals. Both gold and silver rallied today to confirm near-term support.

The biggest point is the Fed expects a significant rebound next year but does not expect it to be powerful enough to fully unwind the decline seen this year. That is likely to result in a very uneven recovery with stocks that do not depend on a physical presence doing fine while lower foot traffic and lower concentration of patrons will weigh on retail and fast casual dining in particular. 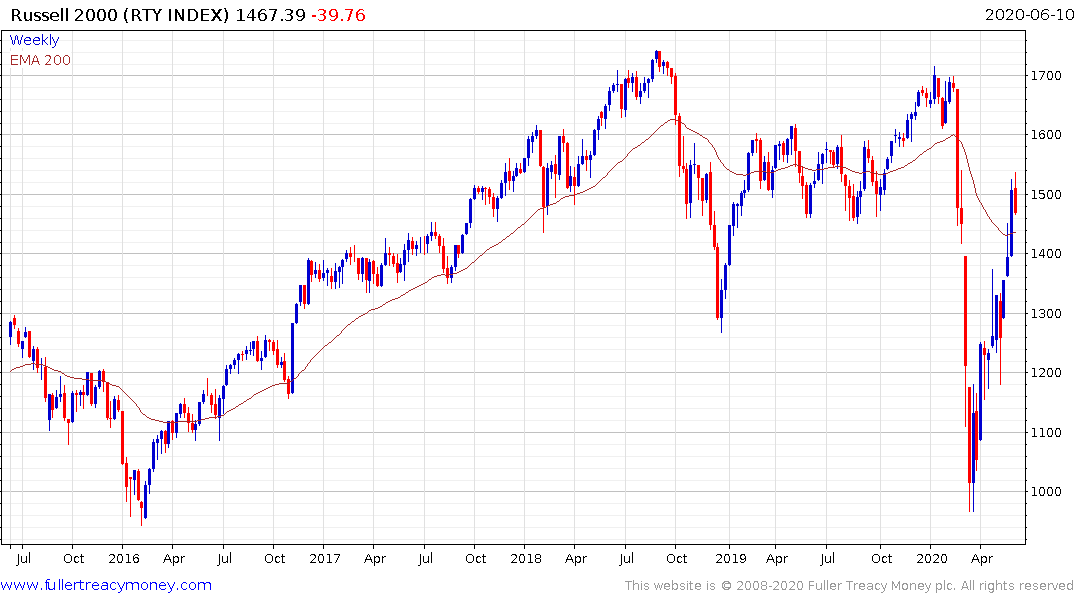 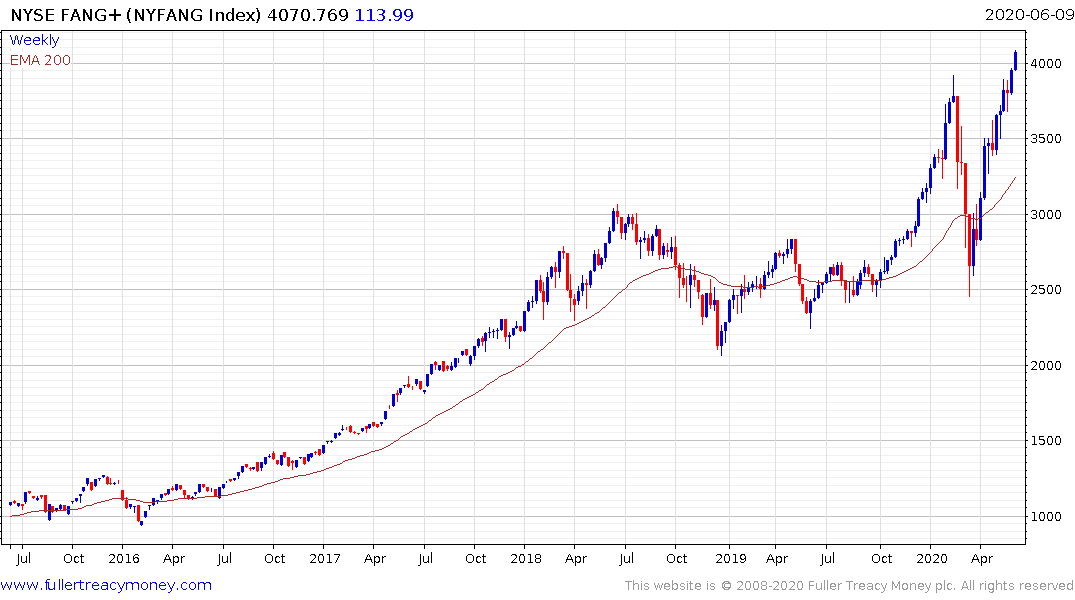 What investors need to decide is whether they are willing to give the benefit of the doubt to the earnings of FAANG shares when there are likely to be millions of people out of work for the next couple of years. Amid a short-term overbought condition that suggests at least some room for consolidation. How well breakouts are sustained will be a key determinant of whether the best performers to date are capable of continuing to lead. Another way of thinking about that is whether a reacceleration of support will be required to ensure that is the case.