Federal Reserve said it intends to initially cap its Treasury reinvestments at $6b/month and MBS at $4b/month and increase both at three-month intervals over a 12-month period, according to statement.

While the fed funds rate will remain primary monetary policy tool, FOMC said it will be prepared to resume reinvestments “if a material deterioration in the economic outlook” were to warrant a sizable reduction in rates.

A great deal of debt needs to be refinanced between 2018 and 2021 so slow pace of balance sheet run off is positive news for the treasury market because it ensures the Fed will still be reinvesting at least some of its expiring debt in new issues. 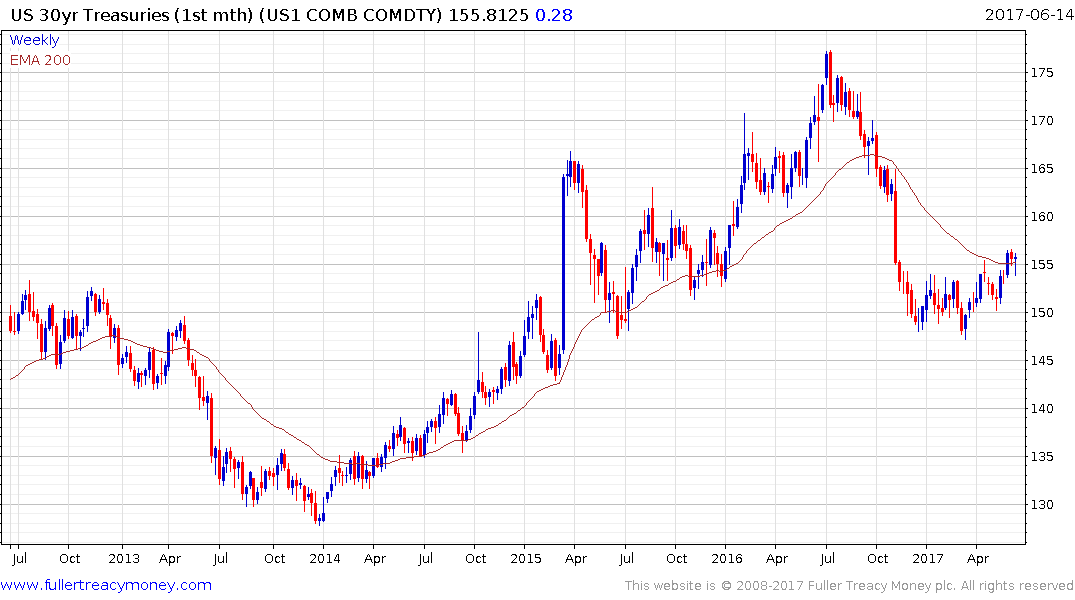 US Treasuries broke successfully above 155 today and while the initial gain was not held a sustained move back below 155 would be required to question current scope for additional upside. 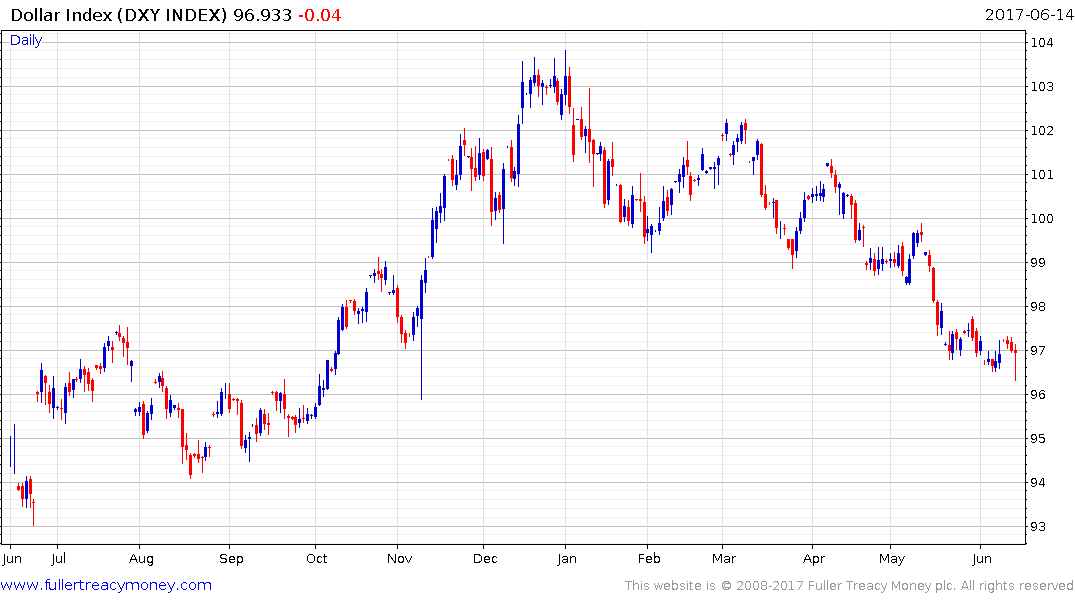 The Dollar Index reversed an earlier decline to finish unchanged on the day, leaving a long tail on the daily candle. Considering the Index has been trending lower for the majority of this year already, the potential for a reversionary to at least test the progression of lower rally highs is looking increasingly likely. 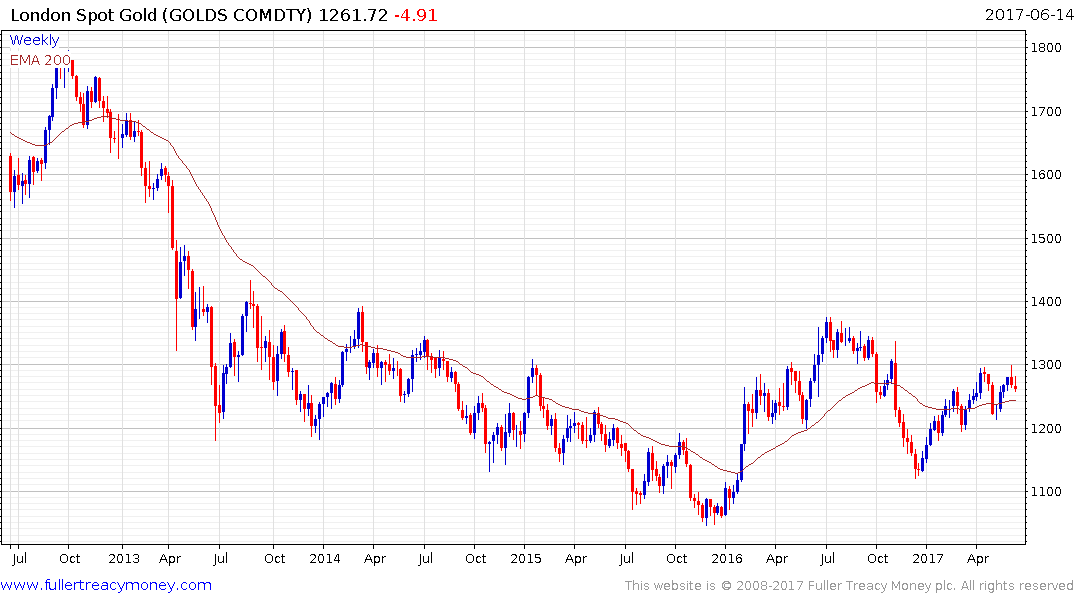 Gold reversed its early advance in response to Yellen’s less dovish tone suggesting a test of this year’s progression of higher reaction lows is an increasingly likely possibility.