Regulators on both sides of the Atlantic have spent the better part of three years trying to kill the
London interbank offered rate. Now, they’re looking to it once again to underpin hundreds of billions of dollars in loans as they seek to rescue their economies.

U.S. policy makers last week changed tack and turned to Libor as the benchmark for their $600 billion Main Street Lending Program, which will buy debt from potentially hundreds of companies. The move came a day after U.K. officials granted banks a six-month extension to keep issuing loans tied to the beleaguered reference rate, which is supposed to be phased out by the end of 2021.

The timetable to do away with the benchmark linked to trillions of dollars of financial assets appears increasingly at risk as central bankers lean on Libor to help expedite their massive stimulus efforts. As they lend legitimacy to the much-maligned rate, some market watchers say it’s highlighting the
shortcomings of replacements, while others note it could ultimately lead to a more difficult transition down the road.

“The crisis does make it tougher and it will put a lot more time pressure on meeting the deadline,” said Darrell Duffie, a finance professor at Stanford University who has written extensively on Libor. He called the Fed’s decision, while necessary, “very unfortunate” and a missed opportunity to pivot
away from the benchmark, adding that it’s a sign that U.S. lenders “were not getting ready” for the transition.

When I originally took regulatory exams back in 2003 there were quite a few areas of the financials markets in London that relied on gentleman’s agreements for regulation. Mergers & acquisitions, the law society, the gold and silver market and most of all LIBOR were all self-regulated markets. One of the biggest changes that followed the credit crisis was to try and exert greater control over the organs of the financial system.

However, one of the primary issues with SOFR is it relies on the Federal Reserve for part of its calculation and is therefore not a true market rate. With trillions of dollar, euro, yen and pounds tied to LIBOR the transition to a government defined rate for interbank lending represents significant hurdles.

Until last month the Fed was still favouring SOFR in the rates it was offering banks. Here is a section from Zoltan Pozsar’s informative Global Money Notes #29:

The Fed has shown a strong willingness and ability to police the SOFR rate through a low-priced repo facility, but it backstopped unsecured markets – which drive Libor – at much wider spreads. Borrowers now have a choice: in times of stress borrow at a low SOFR rate plus a spread or at a high Libor rate plus a spread. SOFR may come out of this crisis with stronger legs.

Second, the answer may have less to do with Machiavelli and more to do with Bagehot: “central banks should lend freely to solvent firms against good collateral at a penalty rate”.

No one can say that the Fed has not done enough to backstop the core of the system: core assets like Treasuries are backstopped; core institutions like banks and dealers are backstopped; and core funding markets like repos and FX swaps are backstopped too.2 Money is hierarchical… …and during crises, rules are flexible at the core and rigid at the periphery. In this crisis, the penalty rate part of Bagehot’s rule was replaced with “friendly” rates for the core – with Covid-19 there is no moral hazard in lending to the core of the system at low rates.

The Fed is not about to abandon its push to gain full control over both the yield curve and the banking sector. The imposition of SOFR is a key tool in attaining the latter goal.

In the last month the LIBOR-OIS spread has unwound all of its breakout in February/March. The yield curve spread (10-2yr) has also been contained within a narrow bank below 50 basis points and the total assets of the largest central banks have jumped nearly $4 trillion in the space of two months. This overlay of the total central bank assets chart with the S&P500 continues to exhibit a strong correlation. 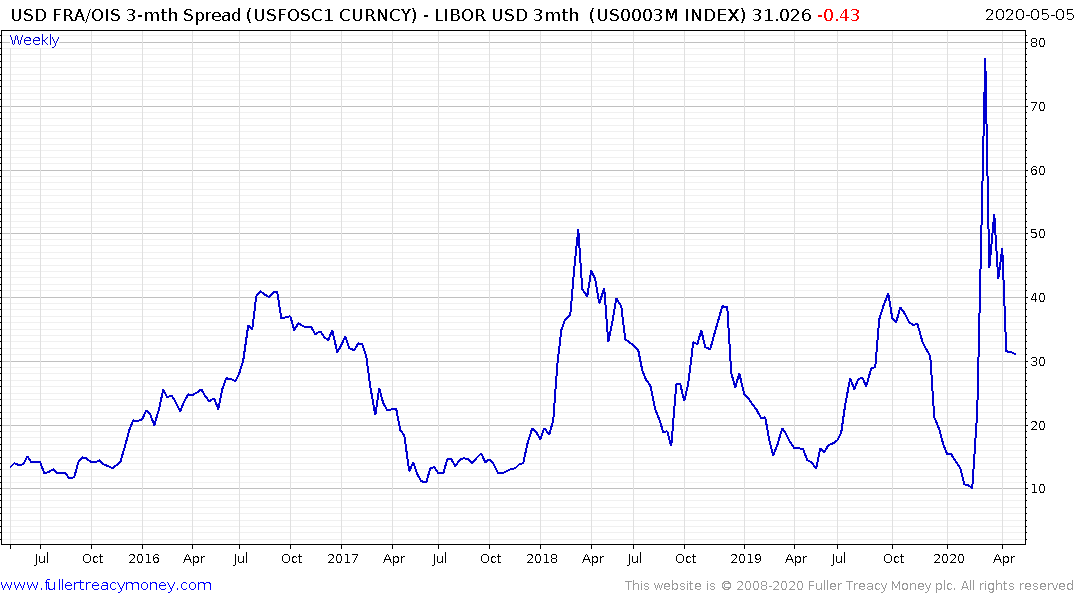 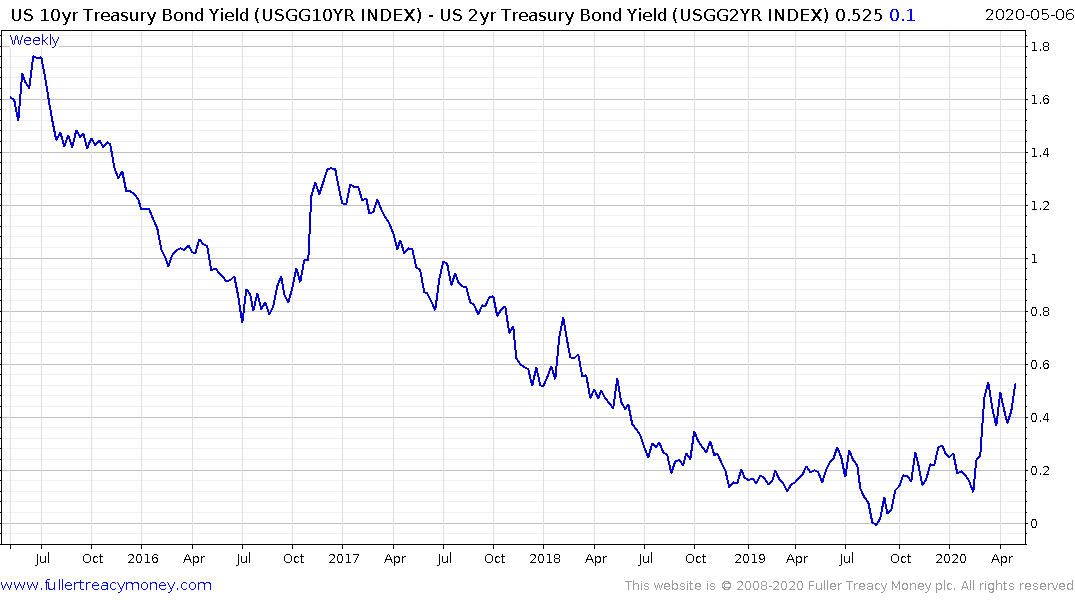 That’s the clearest indicator for why the shares of companies that rely on access to liquidity have returned to their position of outperformance relative to the market so quickly.