Counting all kinds of debt, including mortgages, consumers aren’t nearly as debt-burdened as they once were. In the fourth quarter of 2007, the last year before the financial crisis struck, households devoted 13.2% of their disposable income to debt service. In the first quarter of 2019, that number was 9.9%, largely due to low interest rates.

Partly because of widespread refinancing, mortgage payments since the start of 2017 have claimed the smallest slice of disposable personal income in decades, in the low 4% range, according to Fed data.

Lifestyle creep hits most families. As soon as incomes increase people eat out more, buy more clothes, spoil the kids or indulge in more after school activities, buy a better car and move to a better neighbourhood. That all works out as long as incomes keep up with expectations. It is also why the throwaway remark “a recession is when your neighbour loses his job, a depression is when you lose yours” rings so true. Of course in today’s economy it might be more correct to state it’s a recession when your spouse loses their job and a depression when you both do.

Student debt puts a lot people at a disadvantage when starting off but the total of delinquencesi has been pretty stable over the last few years. Meanwhile, the rising tide of auto loan defaults is a worrying development.

Debt sustainability depends on the ability to meet payments and the maturity schedule. That suggests when unemployment breaks its downtrend, it will be a clear signal recession is imminent. 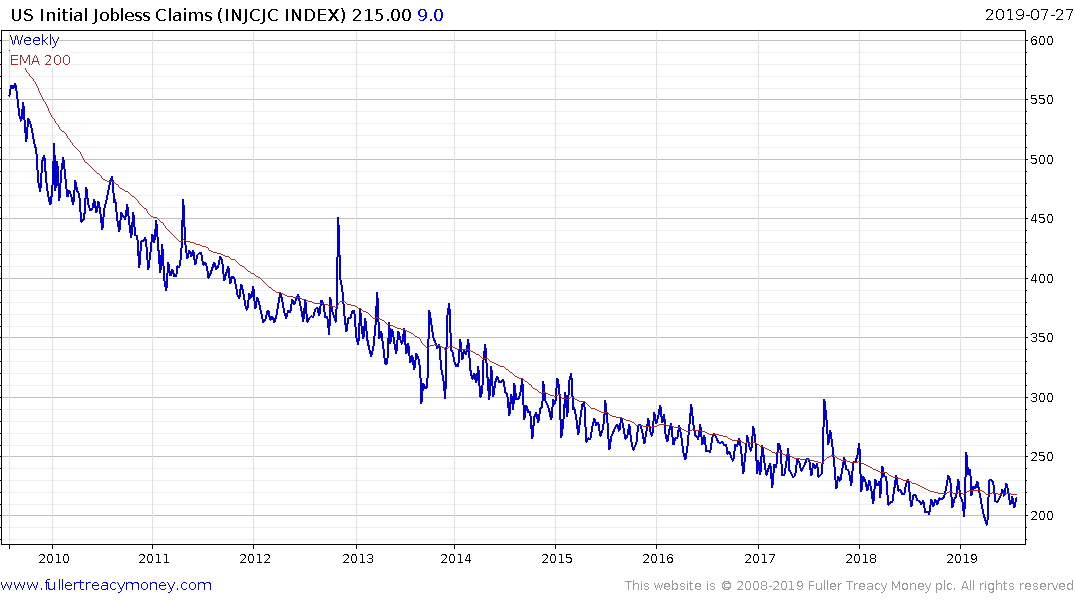