Less than 24 hours after Angela Merkel and Emmanuel Macronlaid out a radical plan that would see the European Union collectively finance its response to a virus-induced recession, countries were already expressing disapproval, threatening to doom the nascent proposal.

The German and French leaders on Monday threw their weight behind a plan to allow the EU’s executive arm issue 500 billion euros ($548 billion) of bonds, with the proceeds going to help member states affected most by the pandemic. Controversially, recipients of the funds won’t need to pay the EU back and the securities would be financed collectively. That means richer countries, like Germany, would be bankrolling poorer ones.

Angela Merkel arrives to address a joint press conference with Emmanuel Macron, attending via video link, in Berlin, on May 18.The plan represents a remarkable about-face for Germany, and the proposal, which needs unanimous approval by all 27 members of the EU, faces stiff headwinds from the bloc’s more frugal members.

“We still have to convince other member states, four in particular: Austria, Denmark, Sweden and the Netherlands,” French Finance Minister Bruno Le Mairesaid on Tuesday. “And we mustn’t hide the fact that it will be difficult.”

Austrian Chancellor Sebastian Kurz immediately threw cold water on the Franco-German plan, saying that he had consulted with his Danish, Dutch and Swedish counterparts, and that they remained opposed to any money being given to fellow countries in the form of grants. Any funds would have to be repaid by the beneficiaries, he said.

Europe needs to come up with a clear vision for its existence or it will not survive. The founding rationale for the EEC was to put age-old animosities aside and to concentrate on trade. Everyone making money and delivering improving standards of living would help to foster peace. That was successful enough to encourage further cohesion.

The creation of the Euro effectively allowed Germany to foist its currency onto the rest of the group in return for access to cheap cost of funding. Germany benefitted enormously from the reduction of trade barriers and the competitive advantage derived from cohesion with East Germany. Peripheral countries benefitted by having access to cheap loans but did not have the incentive to reform their internal systems when money was flowing inwards from all sides.

The credit crisis clearly demonstrated which countries were the winners and losers from the creation of the Euro. There is now a clear bifurcation between low consumption high export creditors and high consumption low export debtors. The austerity regime implemented after debtor nations were forced to absorb the debts of their banking sectors further exacerbated the gap between winners and losers.

Austerity does not work. It only succeeds in deflating the economy and angering consumers. The rise of populism is a direct symptom of the austerity program. The coronavirus now deletes the potential for the austerity regime to harmonise Eurozone debt to GDP ratios. A new path is required.

Issuing European Union debt is a solution for the whole region but offering grants that never need to be repaid would set a bad precedent. Instead, someone needs to champion full federalism but that is politically untenable at present. Without a group of visionary leaders capable of inspiring creditors to forego their near-term interests there is no way forward. The future seems likely to deliver additional stop gap measures but little real progress. Instead, the rise of populism makes constitutional challenges more likely and the longer the status quo persists the more fragile it will become. 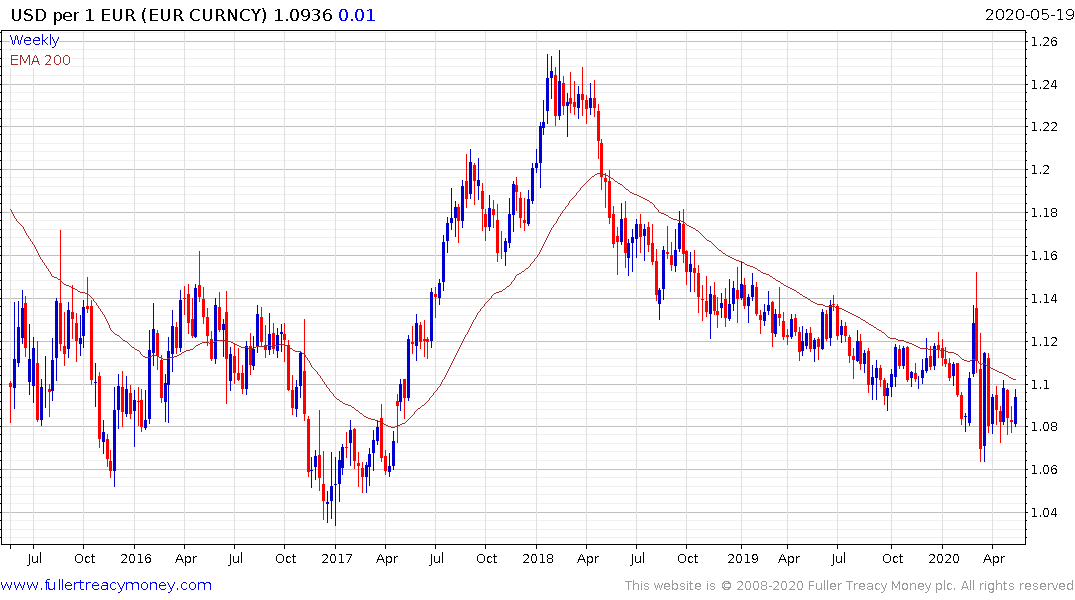 The Euro is going to have a hard time rallying with that backdrop. 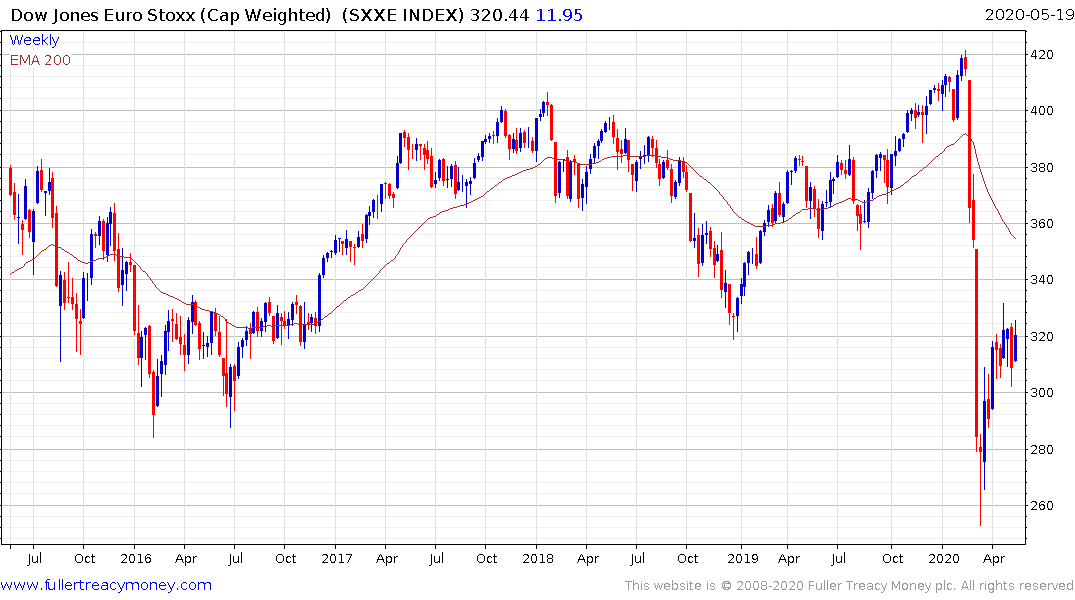 The Euro STOXX Index may be trading at a valuation discount to the USA but arguably there is a good reason for that. 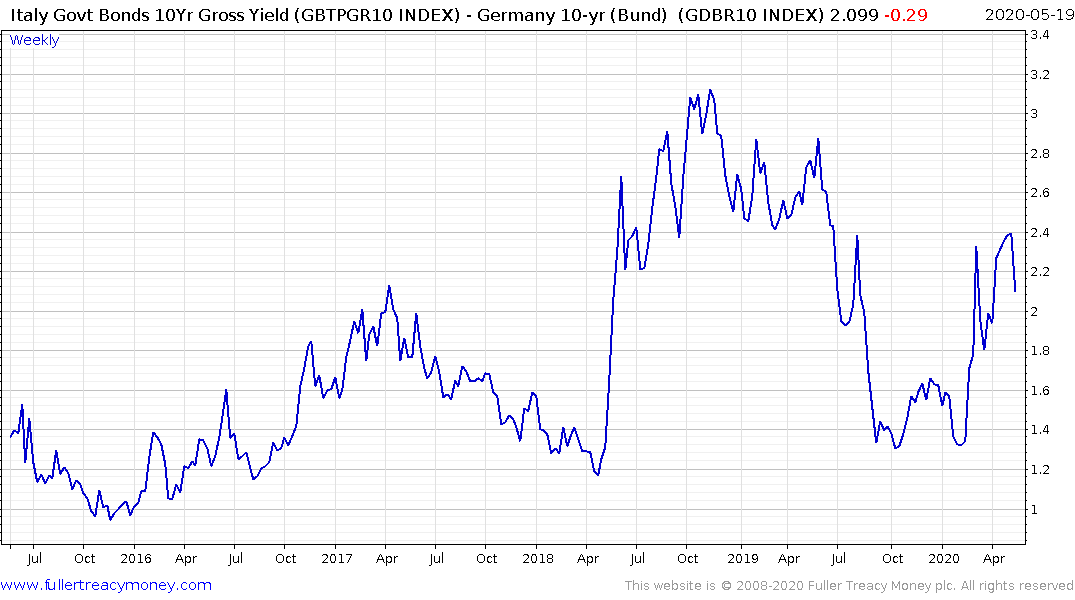 Italian sovereign spreads continue to contract which suggests bond investors believe some modicum of support is likely for the country.