Hope you are doing well. I just thought you may find interesting this Financial Times story on gold -

In particular, it has a chart showing that “the correlation between the growing volume of negative-yielding bonds and the rising value of gold is striking.” And, also, “Gold as a zero-yielding asset will look even more attractive versus an asset that is guaranteed to lose money,” said Paul Wong, a former senior portfolio manager at Sprott Asset Management.

Thank you for this link and I am enjoying some warmer weather by playing tennis with my children in the afternoons. It’s a been a long cool spring in Southern California and considerably wetter than any we’ve seen since we moved here. It looks like the long winter of discontent with precious metals is over too.

One of the best ways to think about gold, in an environment where an increasingly large chunk of global sovereign debt is trading with negative yields, is as a zero-coupon perpetual bond. It rises in value as yields decline and most particularly as the risk of competitive currency devaluation becomes more realistic. 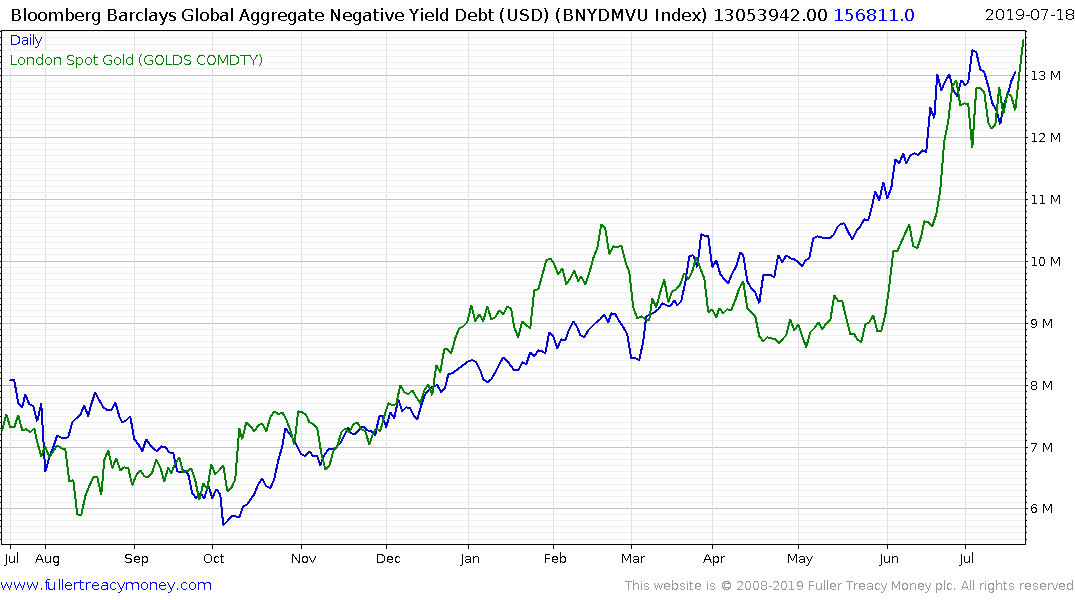 There is a reasonable correlation between the two charts over the last 12 months. However, it is worth pointing out gold clearly bottomed well ahead of the low in negative yielding debt totals.

John Williams, of the New York Fed’s statement yesterday “It's better to take preventative measures than to wait for disaster to unfold.” highlights the central banks change from being data dependent to anticipating data. This is a major transition. It suggests both the institutional fear of entering a recession when interest rates are still low, and the willingness to risk an asset bubble rather than a contraction. 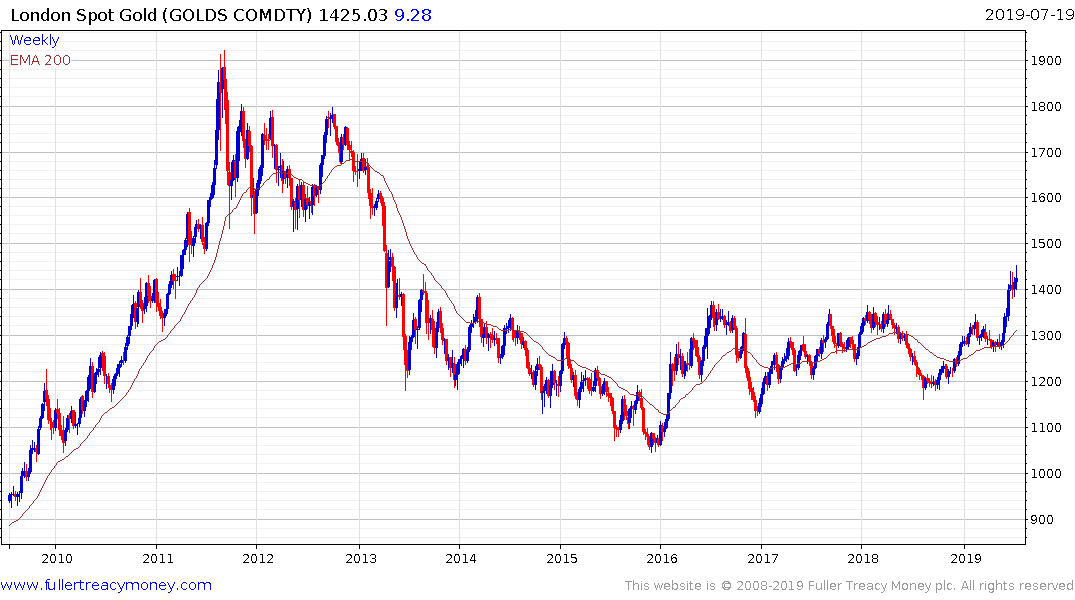 The biggest thing to remember about gold is it is volatile and best bought following pullbacks. We are still in the early stages of a recovery and the most important thing gold can do to support the bullish hypothesis is continue to trade above $1350. 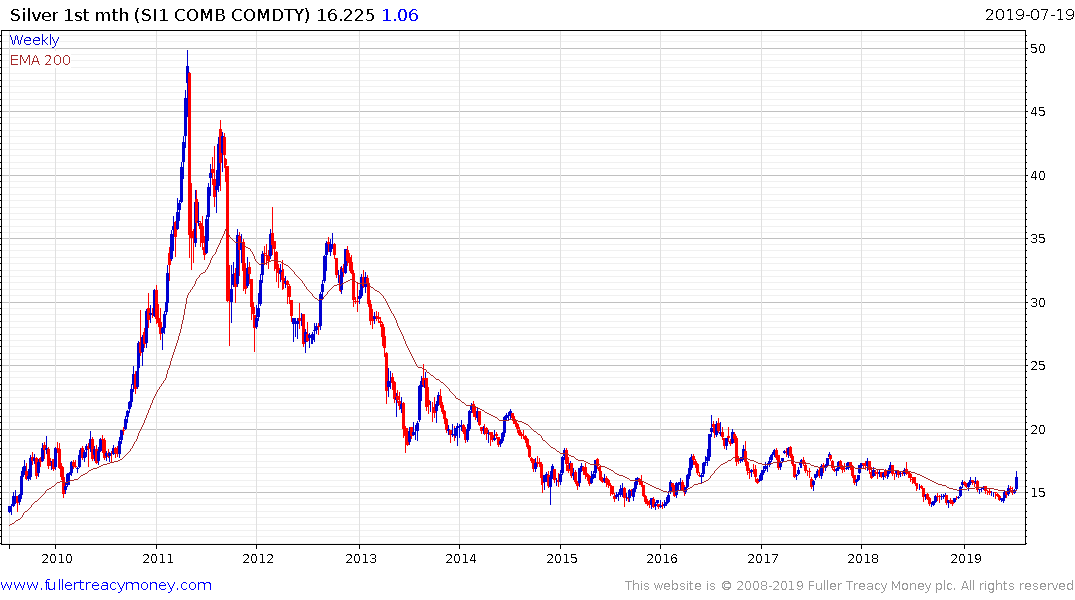 Silver rocketed higher over the last three days and took a breather today. That suggests some consolidation is underway. The most important thing silver has done is break the three-year sequence of lower rally highs. Now it needs to hold a higher reaction low to confirm a change of trend.

I think investors have got a little ahead of themselves pricing in a 50-basis point cut. That suggests scope for come consolidation and not least for the bond markets. If they cut by 25 basis points that would probably be better for confidence than if they cut by 50 basis points. It could be rationalised as unwinding the December hike or as an insurance cut. 50 basis points seems, at least to me, to represent panic and that is not generally welcomed by investors.