Email of the day on DRD gold long base formations.
Comment of the Day

Email of the day on DRD gold long base formations. by Eoin Treacy

Can you add DRD Gold (ADR) to the library. It is priced just under 10 $. There is overhead resistance from the early 2000s; is this still relevant 20 years on? Can you do a comparative review of the N. American, Australian and South African gold mining sector?

Thank you for this question which may be of interest. DRD’s South African and US listing are already in the library just search for DRD. The company has focused on processing South African mining tailings for the last couple of decades. It did have a brief foray into mining in Papua New Guinea but to the best of my knowledge it fell foul of resource nationalism, along with a number of other large international companies. As you point out the share has been ranging mostly below $10 for twelve years. 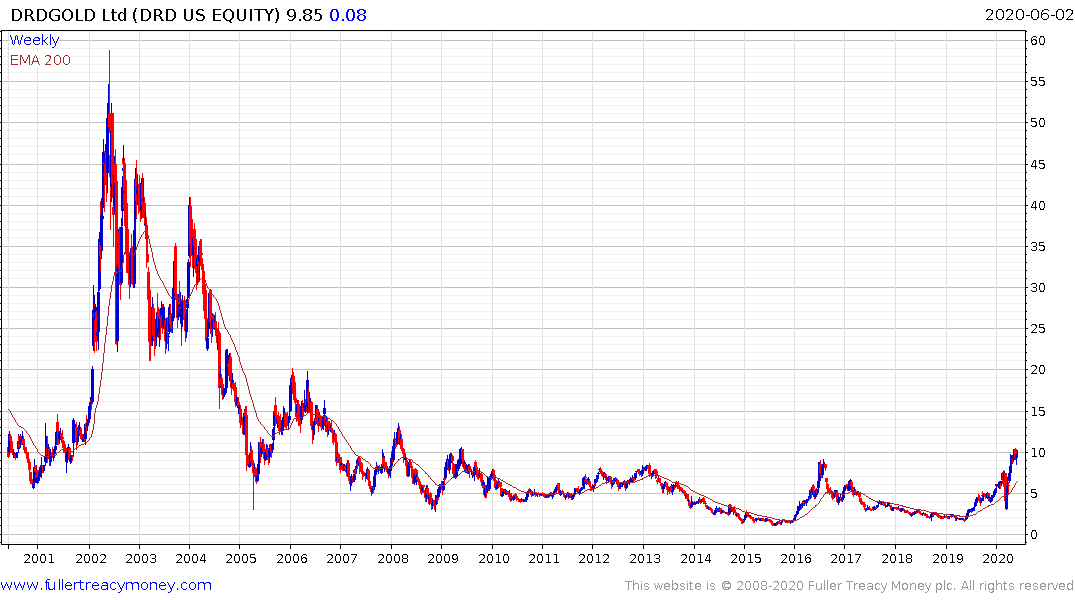 The collapse in oil prices has been a significant tailwind for the profitability of all mining operations but especially precious metal miners because the price of their products has been rising on average over the last year. That helped DRD rally from $2 to $9.30 over last 12 months. The share is now testing the region of the upper side of the base and some consolidation is underway. 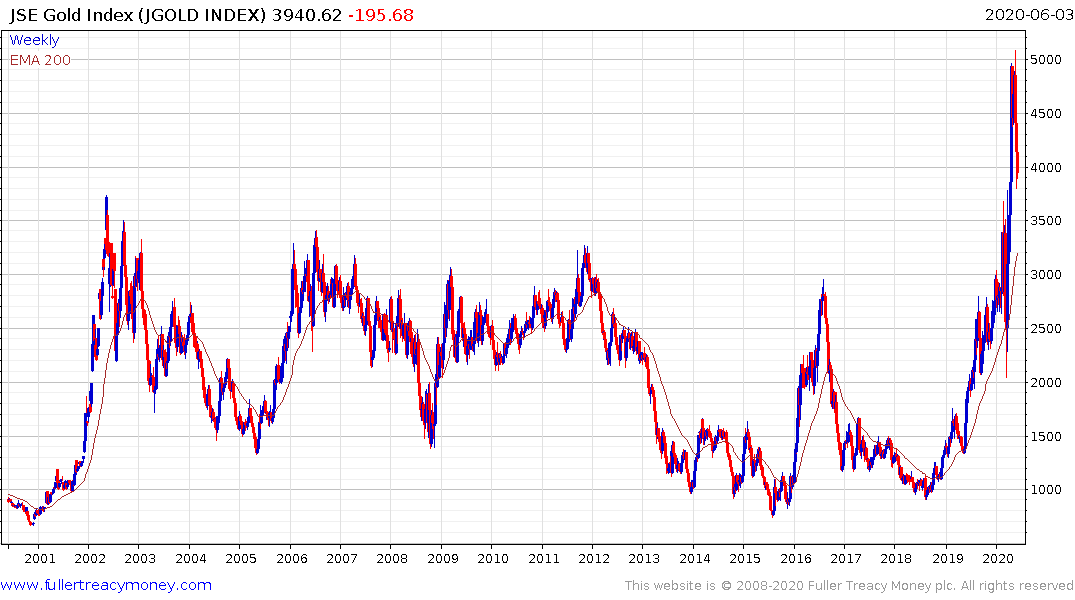 The FTSE/JSE Africa Gold Mining Index did particularly well in 2019 as the rand trended downwards. It has pulled back rather sharply over the last few weeks as the currency steadied. This reaction is similar sized to that posted in March and ideally the region of the 3500 will offer support. 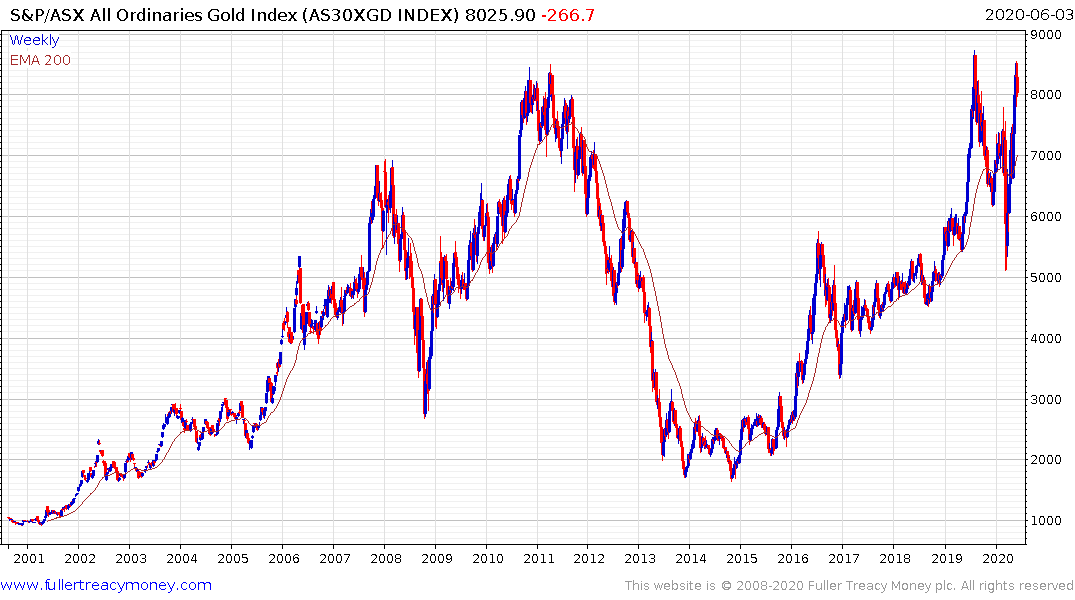 The S&P/ASX All Ordinaries Gold Index is back testing the region of the 2011 peak for the second time in a year. A short-term overbought condition is currently evident so some consolidation appears likely. Nevertheless, a sustained move below 6000 would be required to question medium-term scope for continued upside. 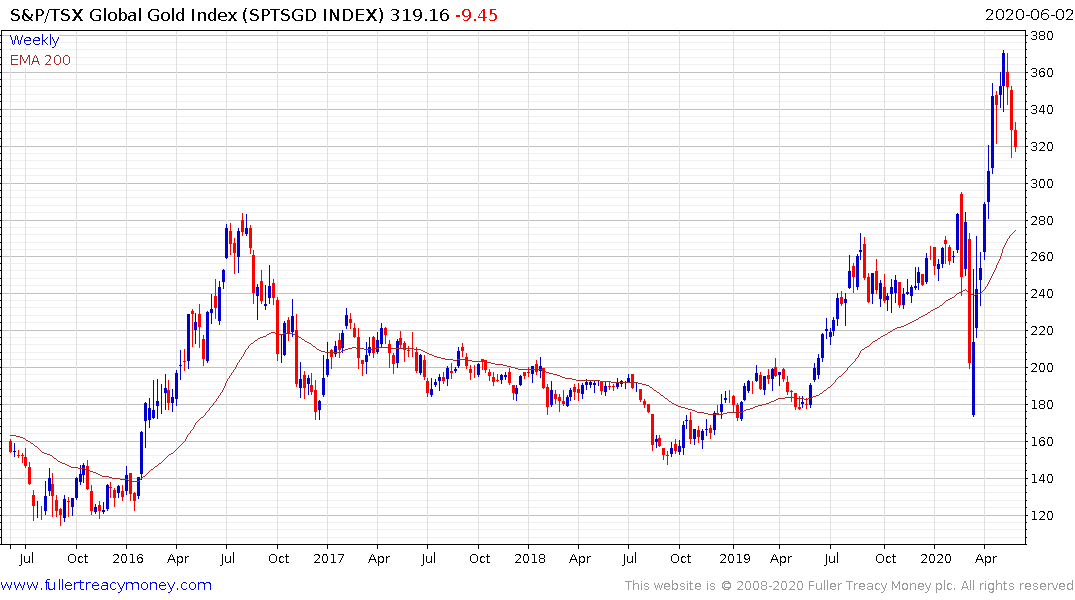 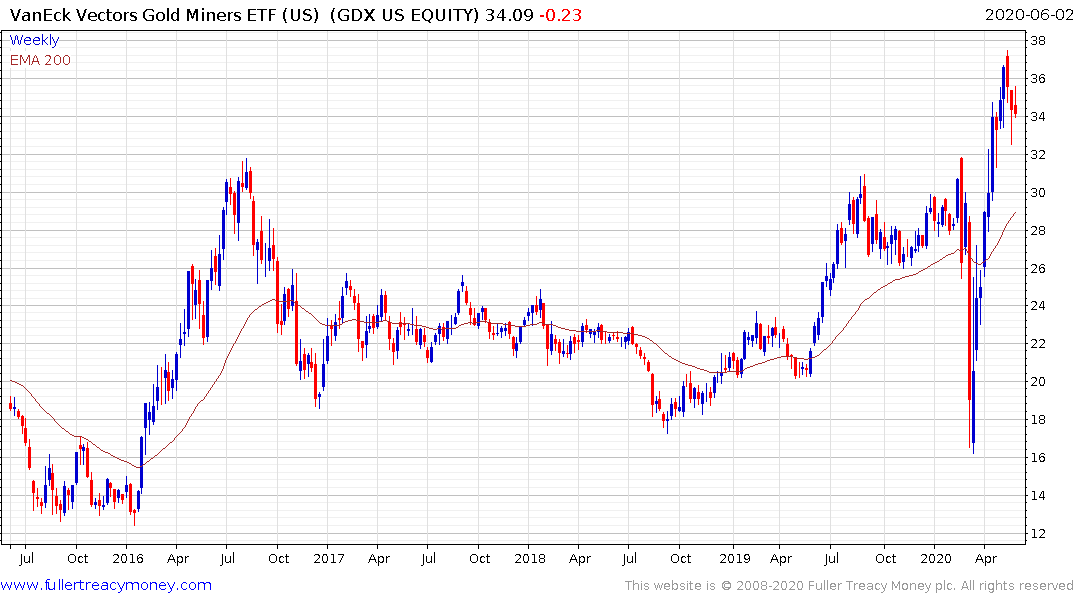 The S&P/TSX Gold Sector and the VanEck Vectors Gold Miners ETF have similar patterns of recent base formation completion, although the former is certainly more volatile.