Email of the day on China's ascendency:
Comment of the Day

Email of the day on China's ascendency: by Eoin Treacy

Your excellent piece today focusing on the China question arrived at the same time as an interesting counter-narrative to the "China-supreme argument". From the Telegraph. If correct, China's is not going to have it all its own way. Here is a section:

"The Huawei saga has exposed just much the country still lags, a surprise to some who have bought into the media narrative of Chinese hi-tech ascendancy. China is not yet capable of making the advanced semiconductor chips used for telecommunications or for FGPA circuits that can be programmed.

Nor has it mastered the electronic design automation needed for circuit design. It lacks the critical raw material needed to sustain its ambitions for global dominance of G5 mobile and the coming “internet of things”.

The Centre for Strategic and International Studies estimates that China has yet to crack the materials science that goes into the latest microscopic chips, despite hurling money at the challenge in successive programmes, the latest one commanding more than $20bn. Its high-end chip industry is ten years behind, but in ten years the infrastructure of global cyber dominance will already be in place.

In short, the US controls the world’s semiconductor ecosystem, working tightly with Japan, Korea, and Taiwan. All Washington had to do in late May was to flick its fingers and Taiwan’s TCMS instantly cut off chip supplies to Huawei, dooming the company’s G5 global quest at a stroke."

Thank you for your kind words and this article which I’m sure will be of interest to the Collective.

The significant investment China is making in its domestic semiconductor industry will need to be long-term and ongoing in nature to achieve the level of sophistication currently available to other countries. By some accounts they have sunk $20 billion into the project so far and it may take recurring investments of at least that much to develop the tools required to achieve technological superiority over coming decades. 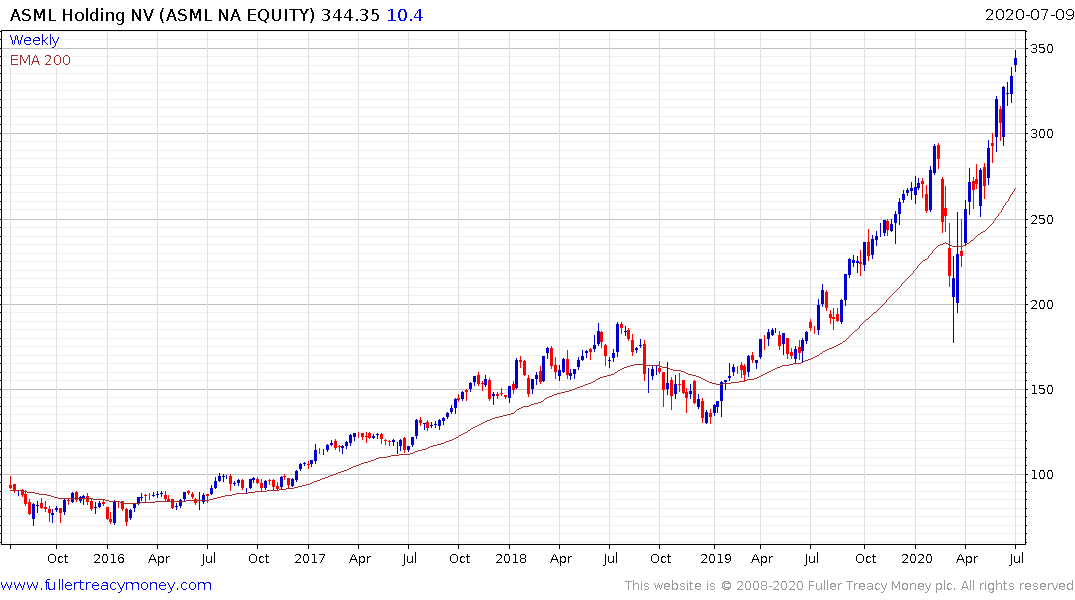 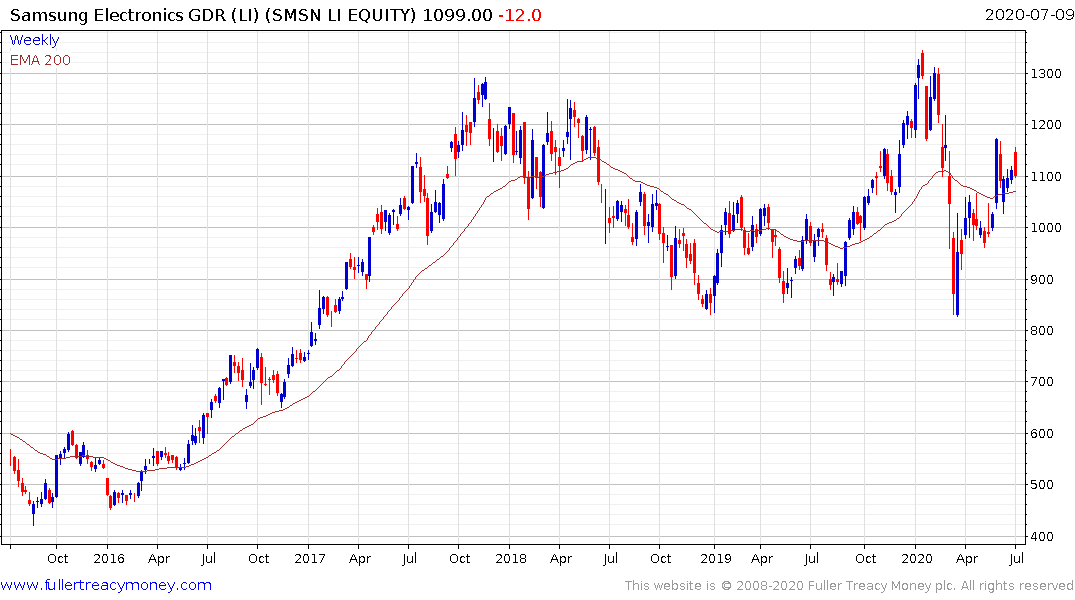 ASML, LAM Research, Microchip Technology, Taiwan Semiconductor and Samsung are the primary big- name producers of the machines that make machines. Japan is also home to a number of producers of essential components for the global industry, like Lasertec and Disco Corp.

It’s not possible for China to reproduce that ecosystem in a short period of time. Money is not the only ingredient required. This article covering the demise of Nortel Networks highlights the fact that China’s industrial espionage has been an ongoing program for decades already. Meanwhile the more market friendly way to develop independence is to subvert one of the primary producers of chips. China has so far had a lot of success in inking agreement with Samsung to provide components to Huawei and Baidu, for example.

The greatest failure of every empire is to underestimate the determination of upstarts to succeed. It would be hubristic to think China’s multipronged approach to semiconductor independence will not bear fruit eventually.

The USA was able to cobble together an alliance against the USSR during the first Cold War because of a well-defined threat, shared democratic ideals and a willingness to support allies with favourable trade policy.

If China is to be excised from global trade, the USA will need to step up its diplomacy and open its wallet to create a viable alternative. The polarisation of the political discussion, declining appetite for overseas adventurism and China’s deep pockets suggest that is a tall order right now. This is setting the stage for a very difficult geopolitical situation over the next decade because these trends are long-term in nature. The longer-term inflationary implications of this transition are significant.

My concern is the USA succeeded in both World Wars because it was a late comer and was able to supply vital reinforcements to turn the tide of the conflict. In the next war, the big question is whether it will be Russia, and the side it picks, that will be the deciding factor in who wins out.