Email of the day - on the role of AI in politics:
Comment of the Day

Email of the day - on the role of AI in politics: by Eoin Treacy

I think that our community will benefit from reading Jamie Susskind's book "Future Politics." They will have a deep incite into the impact of AI on all our lives.

Thank you for this recommendation which may be of interest to subscribers.

The 2016 US Presidential Election exposed the harsh fact, that freewill is a myth when it comes to microtargeted advertising. The majority of people share a great deal of information about themselves in social media. That is a rich resource for companies to customise advertising which directly affects buying decisions as well as political perceptions. 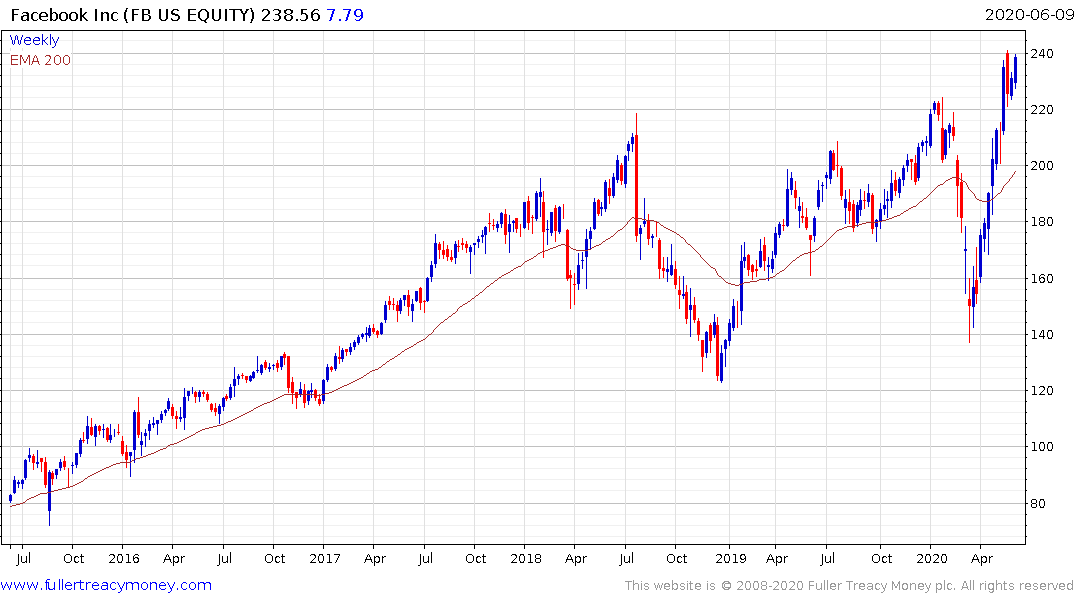 Facebook has so far avoided regulation following its sales of personal meta data to Cambridge Analytica which is one of the greatest corporate achievements in modern history. The measures the company has had to put in place, however, did result in a two-year hiatus. That may now be over if the breakout holds. 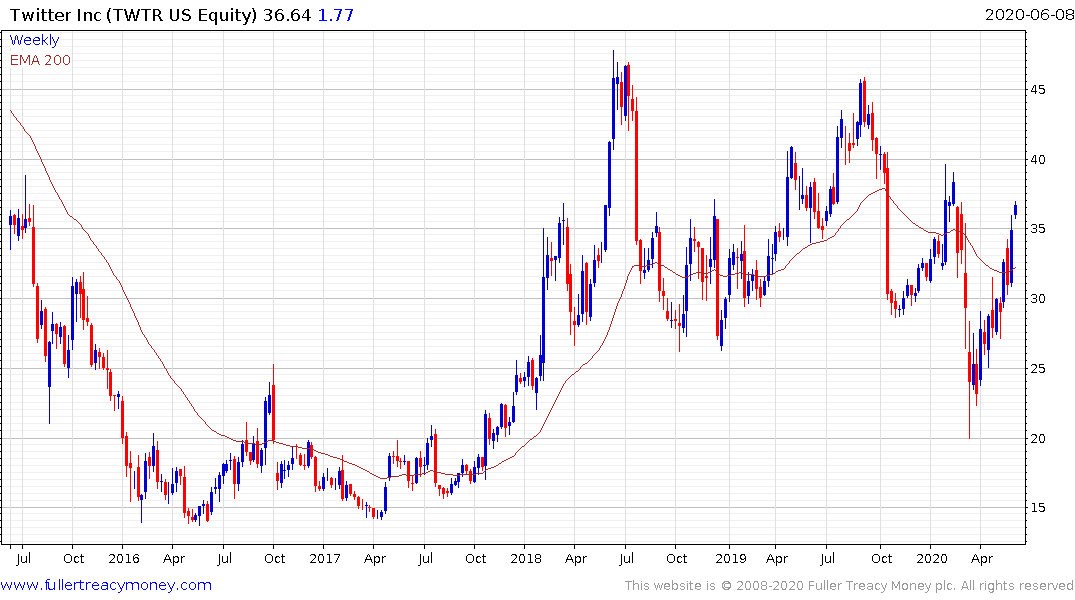 Twitter has been ranging for two years and is now challenging the six-month sequence of lower rally highs. A sustained move above $40 would complete the consolidation. 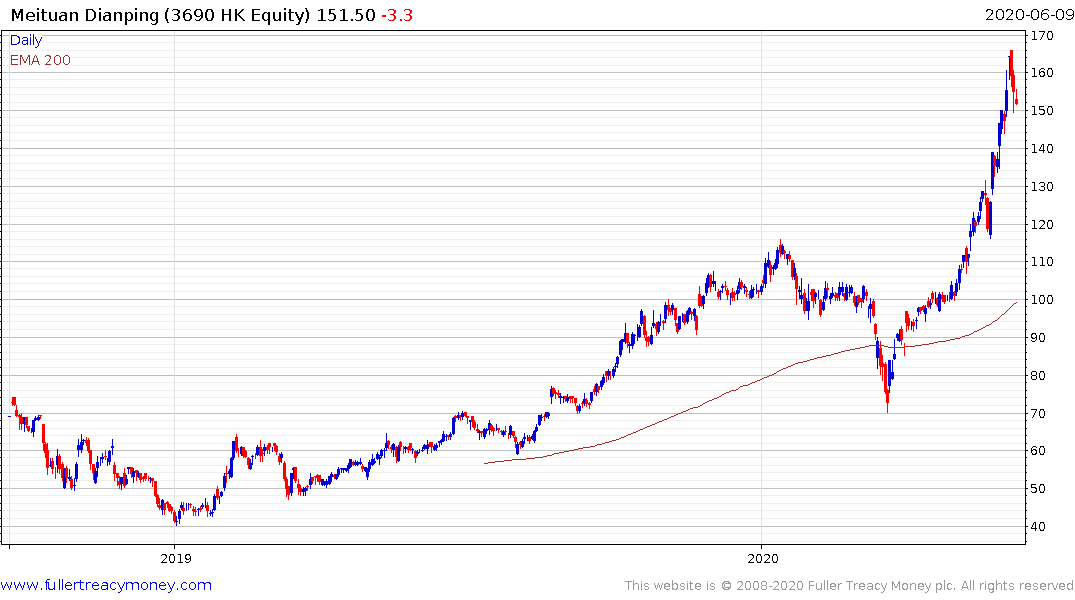 Meituan Dianping, as a Chinese social media champion, deploys all of the tools Cambridge Analytica pioneered in service to the Chinese government. The share has rallied impressively over the last three months and at least some consolidation of that gain is now underway.

Meanwhile, this article from ExtremeTech highlights the future of AI in the military where pilots are dispensed with.