Email of the day - on support for the high yield debt market and who pays?
Comment of the Day

Email of the day - on support for the high yield debt market and who pays? by Eoin Treacy

It goes beyond even this though, and the Fed now has powers to buy the actual junk rated ETFs, direct from the market. So yes, they can directly buy the debt of the fallen angels like Ford and Macy’s but pre-existing junk bond issuers also stand to benefit. There really does seem to be no end to the rescue packages served up by Governments across the world.

The question remains though as to who will ultimately pay for this? In the U.K. we have only just exited an era of deeply unpopular austerity. Do we delve straight into more of the same? With a post-election promise of massive equalisation between North and South, I can’t see how that sticks. Or are we looking at increased taxes on the wealthy through direct asset-based taxes? Someone has to pick up the tab after all.

Thank you for this question which I believe many people are asking and not just in the UK. I agree there is no appetite for higher taxes. The populist wave that has swept the status quo aside in many countries, was powered by disaffection with globalisation, austerity and the hollowing out of the middle class.

The buck has to stop somewhere and increasingly that is with the central banks. Some people refer to the current suite of policies as Modern Monetary theory but it is very similar to the monetary financing practised in the early 1970s, which sowed the seeds for inflation later in the decade.

Milton Friedman described inflation as taxation without legislation and there is no reason to believe that if governments are willing to spend with no regard for how the debts will be paid back and are unwilling to raise taxes because of the risk of social strife then inflation is the only logical outcome.

I suspect there will be even more taxes on higher earners. The bigger question is whether they will eventually resort higher taxes on property? 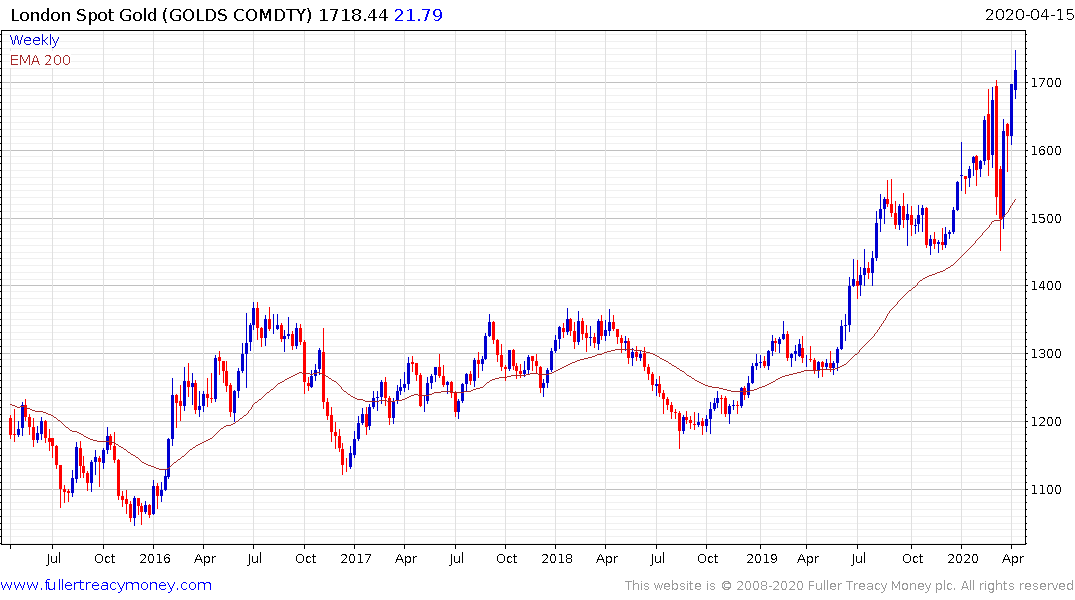 The relative strength of gold against this background suggests investors are waking up to the idea that paper money is not going to hold its value.