DoubleLine Round Table Prima 1-6-20 - Segment 2: Markets
Comment of the Day

The one point that jumps out to me is how eager the majority of participants are to point out the potential problems in the market. Even allowing for the fact that DoubleLine is a bond house, and therefore more predisposed to the bearish case because of the benefit that provides to bonds, the extent of the bearishness is interesting.

I found much of what Ed Hyman had to say reminiscent of David Fuller’s way of thinking about markets. The stock market is one of the most important lead indicators and it is pricing in a return to synchronised global economic growth in 2020.

Meanwhile, the point I believe Danielle DiMartino Booth was trying to make is the Fed is well aware of the problems being discussed on the panel and is engaging in stimulative activity through the expansion of the balance sheet because it does not wish to cut rates any further.

Investors have clearly concluded this is another round of stimulus where the only difference is purchases are of short-dated rather than longer-dated debt. Valuations are expanding and the risk no one on the panel seems willing to countenance is that change from responding to recessions to predicting them is exactly the kind of central bank mistake that leads to bubbles inflating. 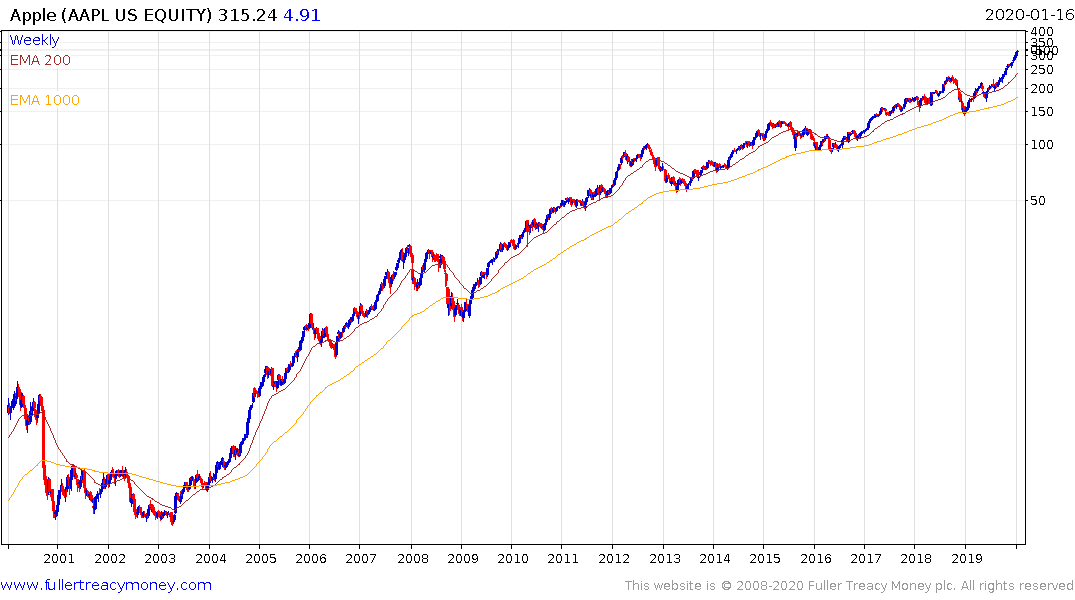 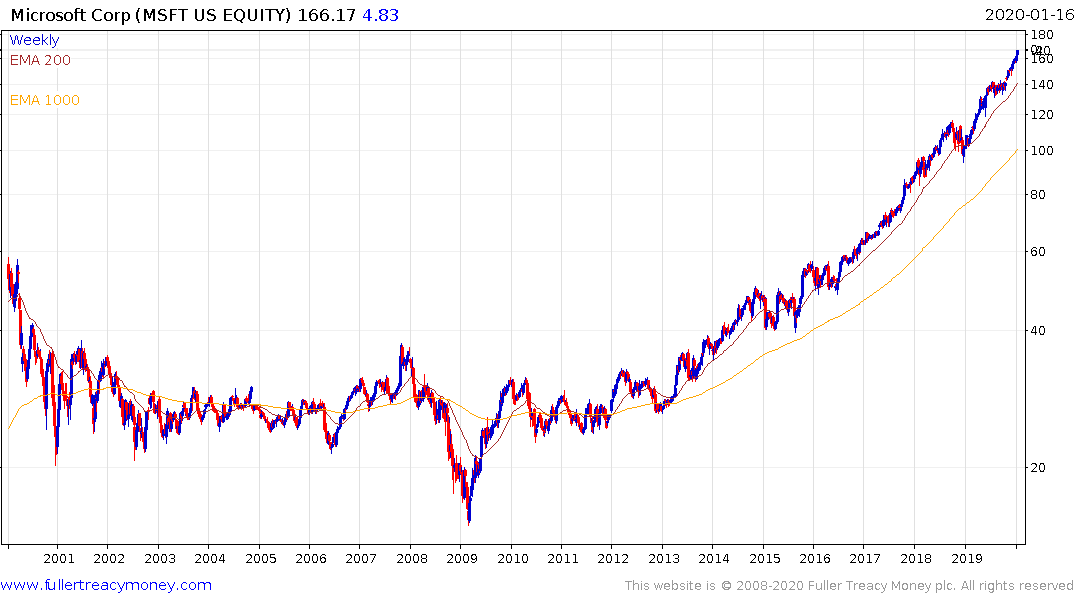 Both Apple and Microsoft, two of the world’s largest companies, are accelerating higher. Every time Apple has been this overextended relative to the 1000-day MA moving average in the last decade it has represented acute risk of mean reversion.

Microsoft’s consistency is completely different because its breakout is more recent. It has demonstrated support in the region of the 200-day MA on successive occasions since the base formation completion in 2014 but is also quite overextended relevant to it.

Considering the proliferation of earnings agnostic investing, led by ETFs, a mean reversion would be healthy, at this stage, for these shares. If the acceleration goes into overdrive and creates a true mania, that will prompt the Fed to act so the big arbiter for stock market health remains the trajectory of central bank balances infusions.