Copper climbed as a strong rebound in Chinese manufacturing bolstered the outlook for demand, trimming the industrial metal’s biggest quarterly drop since 2011.

China’s official purchasing managers’ index rose this month, up from a record low in February, signaling the world’s second-largest economy is restarting. While the outlook remains uncertain as the country faces a growing threat from slumping external demand, production cuts at major mines around the world are shoring up sentiment for copper.

The metal extended gains after President Donald Trump called on Congress to provide $2 trillion for infrastructure spending in the U.S.

On a day when Wall Street pulled back on book squaring at the end of the quarter copper prices were quite firm. China’s reported economic activity has been strengthening as the economy starts back up and commodity investors are expecting significant infrastructure development as some of the more traditional levers of growth are leaned on. 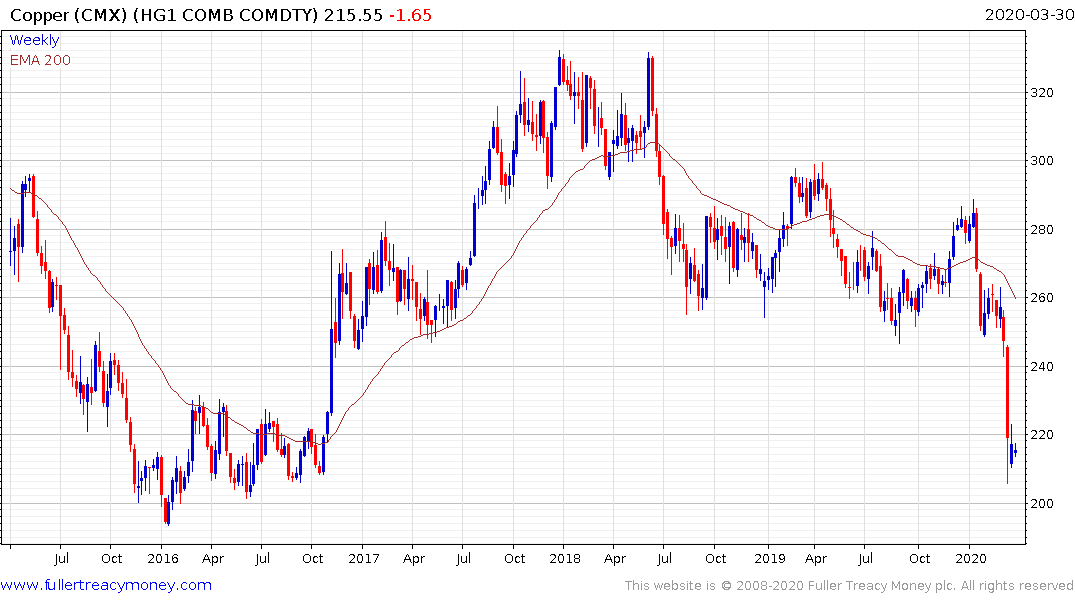 Copper is at least steadying in the region of the 2016 lows, amid a deep short-term oversold condition. It will need to demonstrate support at, or above, $2 during a pullback to confirm support building.