Citigroup Canary in the Coal Mine
Comment of the Day

Citigroup Canary in the Coal Mine by Eoin Treacy

Citi’s equally large credit card book – in nominal terms the most profitable part of the business – has a gross spread of almost 1,100bp, but also reported over 300bp in defaults in 2016.  Still, with a 800bp net margin before SG&A, credit cards are Citi’s best business.  Indeed, Citi’s payment processing and credit card business are the crown jewels of the franchise.  If there were some way to sell the rest of the Citi operations, the payments processing and credit card business could be worth a multiple of Citi’s current equity market valuation.

The trouble with Citi and many other US banks is that their business are dominated by consumer credit and real estate exposures, with little in the way of pure C&I loans.  When you look at most US banks, the vast majority of the exposures are related to real estate, directly or indirectly.  Thus when the Fed manipulates asset prices in a desperate effort to fuel economic growth, they create future credit problems for banks.  As our friend Alex Pollock of R Street Institute wrote in American Banker last year:

So whether a bank calls the exposure C&I or commercial real estate, at the end of the day most of the loans on the books of US banks have a large degree of correlation to the US real estate market.  And thanks to Janet Yellen and the folks at the FOMC, the US market is now poised for a substantial credit correction as inflated prices for commercial real estate and related C&I exposures come back into alignment with the underlying economics of the properties.  Net charge offs for the $1.9 trillion in C&I loans held by all US banks reached 0.5% at the end of 2016, the highest rate since 2012.

Commercial real estate has been directly influenced by the extraordinary monetary policies employed by the Fed and other central banks. I don’t think it is an exaggeration to conclude that rising rents have been a contributing factor in the migration of businesses online and the denuding of the high street and malls of active businesses. 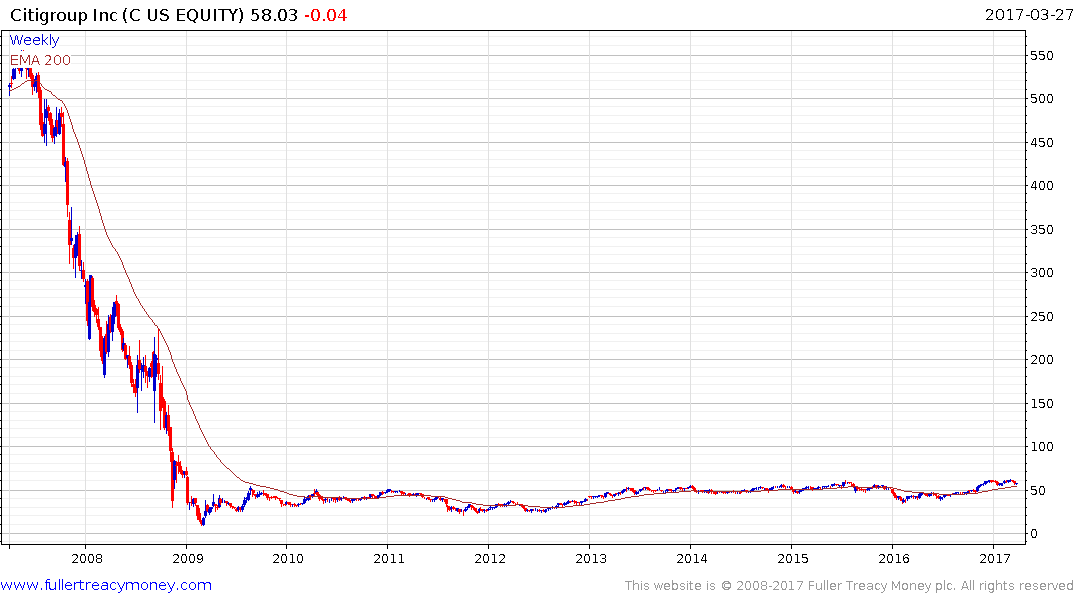 Citigroup was at the epicentre of risk during the mortgage meltdown and its share represents a textbook Type-3 base relative to the levels it traded at previously. A log scale chart is appropriate on anything over a 9-year timeframe such is the magnitude of the decline. 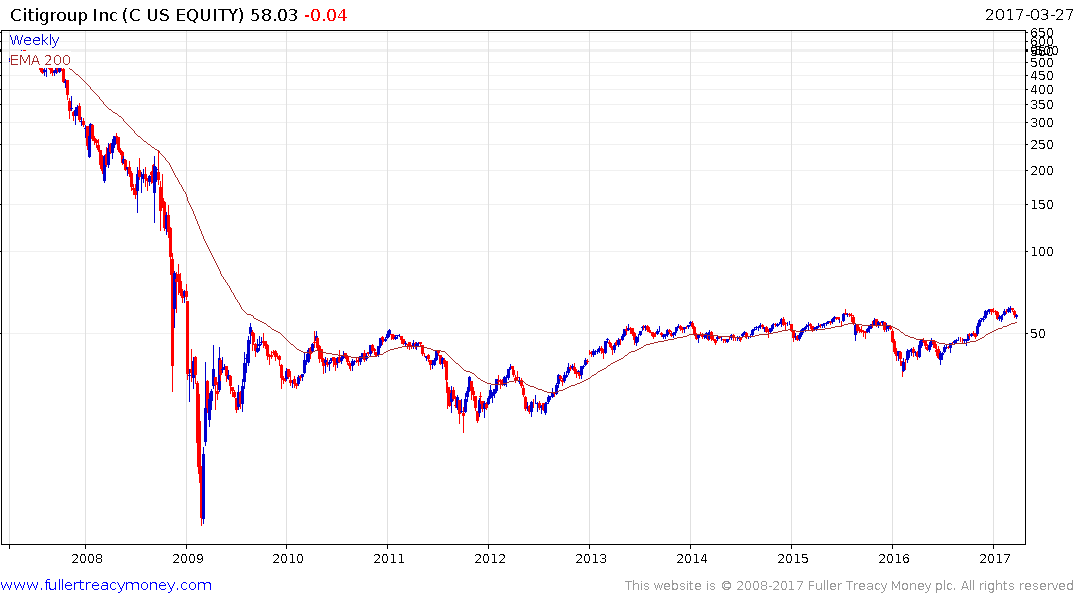 A progression of higher reaction lows is evident since early 2016 and a consolidation has been underway since December in the region of the upper side of the base. A sustained move below the trend mean, currently near $54 would be required to question medium-term scope for additional upside. 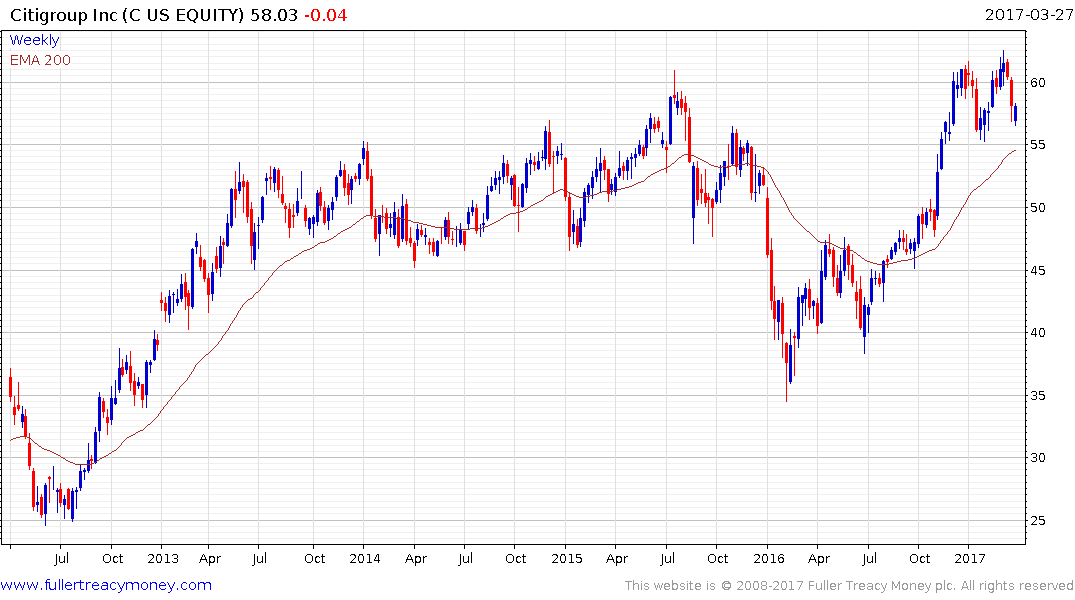 Mortgage Finance companies such as AGNC Investment Corp or Starwood Property trust tend to be highly leveraged but have steadied from the accelerated sell off in early 2016.