China's Coronavirus Is Bringing Alibaba to Its Knees by Eoin Treacy

Yet investors ought to examine the December quarter because it gives clues about how the e-commerce giant was faring before the COVID-19 virus appeared on the scene. Although revenue continued to grow at a respectable 38%, that was the slowest in almost four years and the smallest beat against estimates in at least a year. Its earnings-per-share beat was the slimmest in more than a year.

Importantly, its bread-and-butter core commerce business, which accounts for 88% of sales, continues to weaken. This division was propped up by acquired units in the physical retail space. Stripping those out, customer management (advertising) revenue and commissions combined climbed 21%, almost 4 percentage points slower than the prior quarter and 5.5 percentage points less than a year ago. Bear in mind, the December quarter includes Alibaba’s big Nov. 11 Single’s Day bonanza, which is supposed to push revenue skyward. Clearly, this event is losing its luster.

Alibaba sells or facilitates the sale of all manner of stuff. That’s its primary business. The economic slowdown brought on by central bank tightening and the war on shadow banking were the reasons behind slower growth in the fourth quarter. Meanwhile the delay in factories reopening after the Lunar New Year holiday, justified fears about viral contamination, restrictions on travel and the impact on the migrant workers ecommerce companies rely on for deliveries are all going to weigh on earnings in the first quarter. So why is the stock so steady? 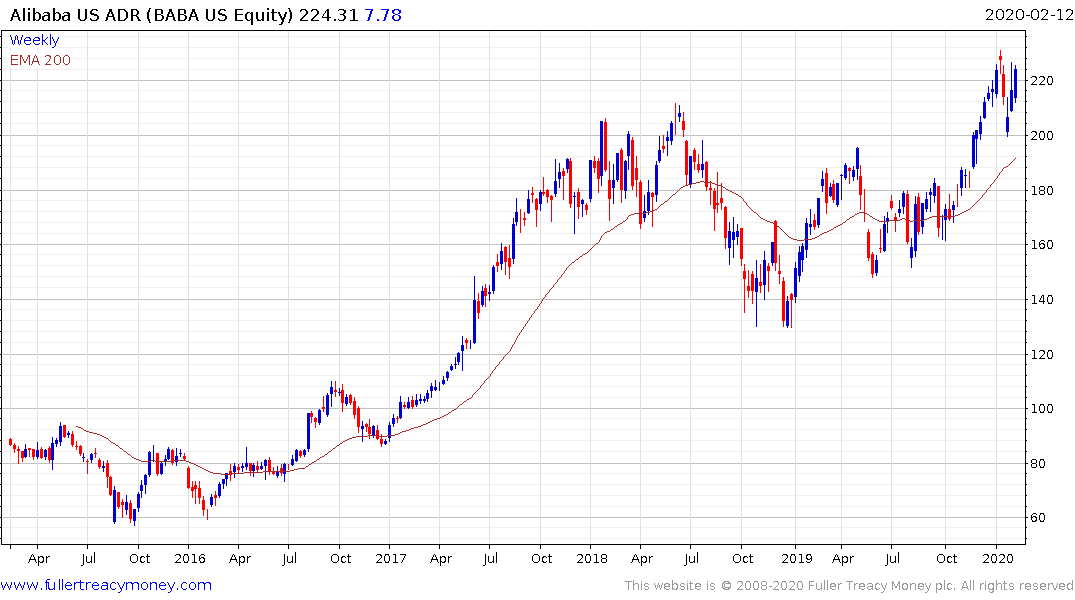 The majority of investors believe the coronavirus is a one or at worst two-quarter story. However, the stimulus being mounted to combat is likely to have much lengthier positive impacts on asset prices. During the SARS scare the market did pull back and recouped all of its losses within a couple of months of the number of infections peaking. On this occasion, investors have skipped the corrective phase and gone straight to the recovery scenario because they have been tutored over the last decade to give the benefit of the doubt to liquidity’s ability to boost asset prices.

A willingness to ignore risk and to lean into momentum strategies is a key symptom in identifying an evolving bubble. 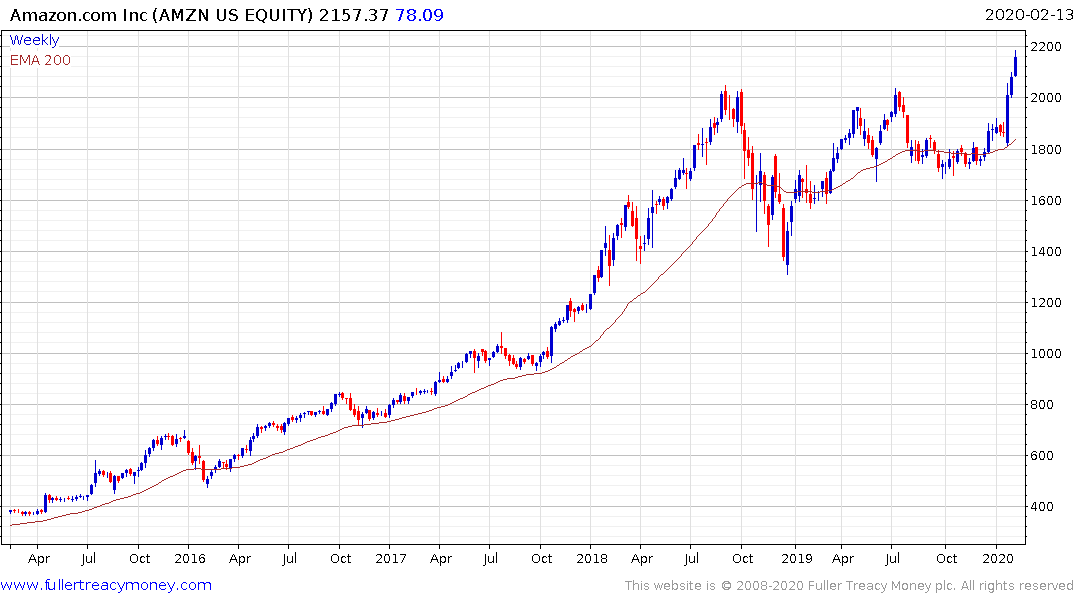 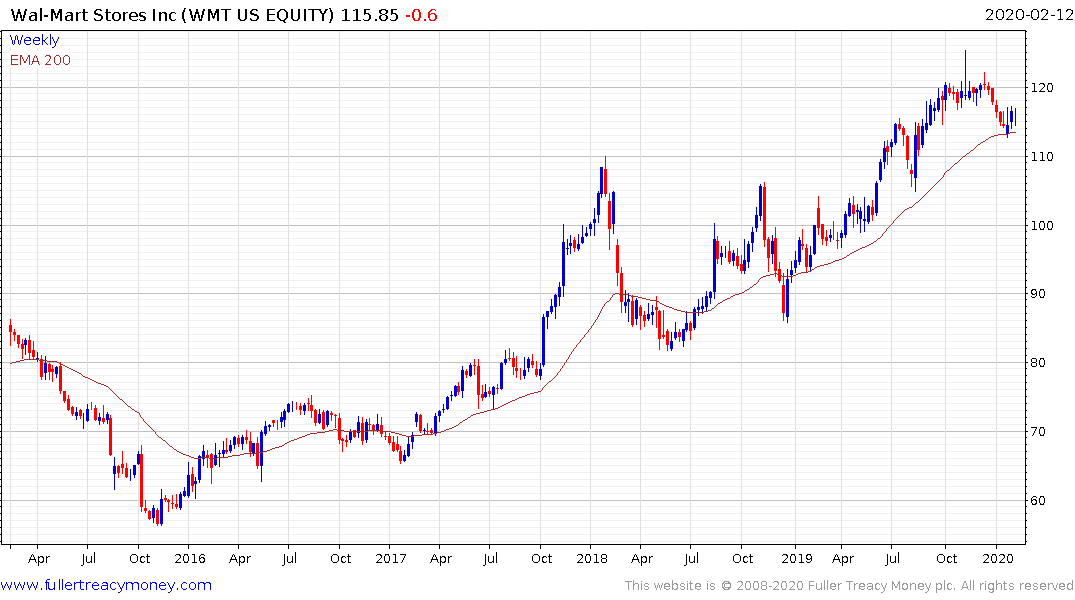 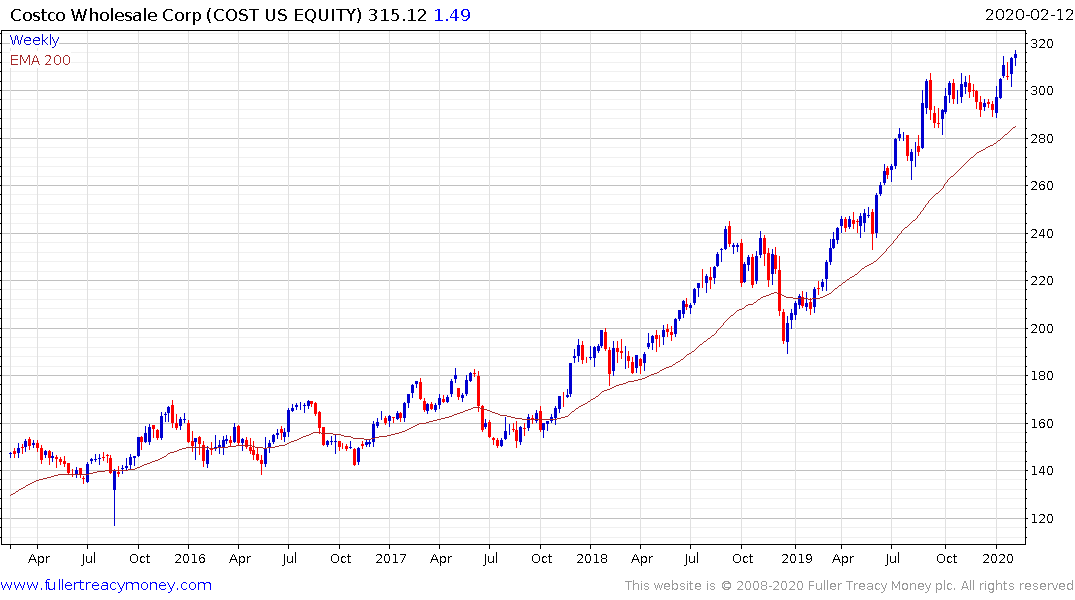 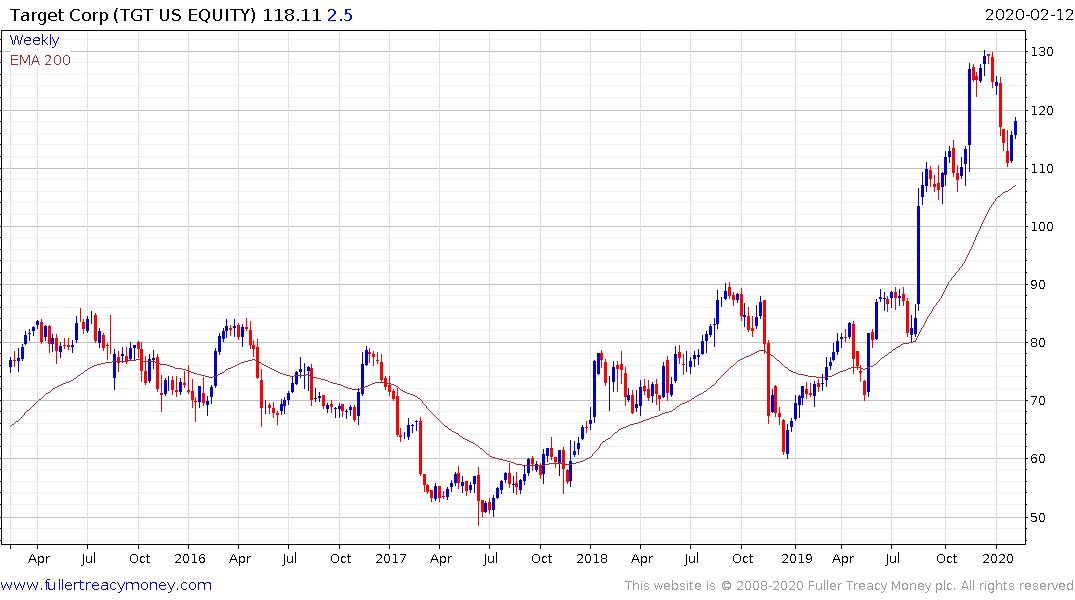 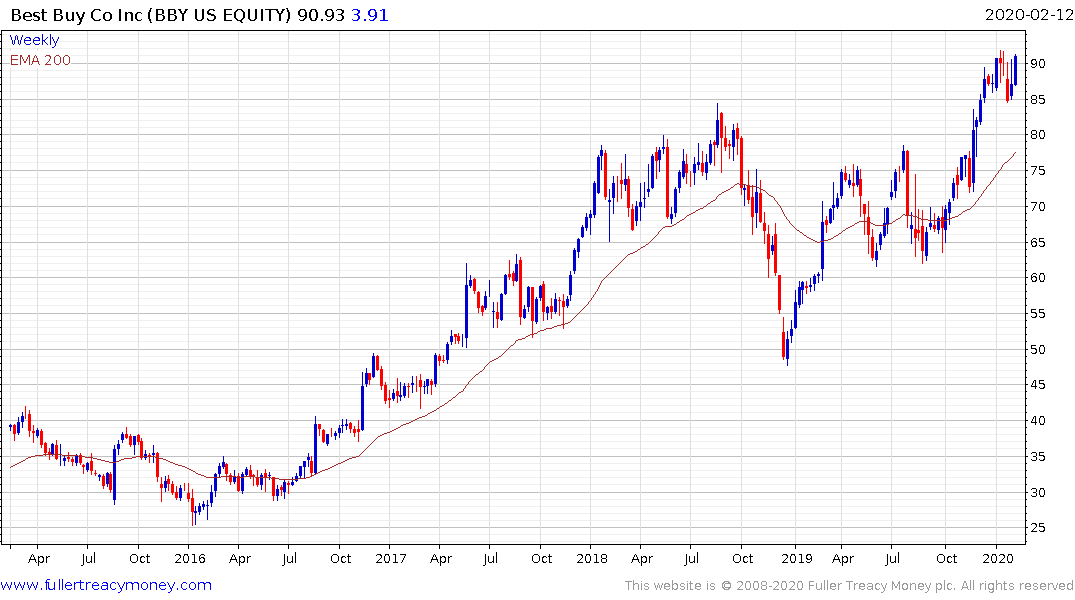 Meanwhile the shares of Wal-Mart, Amazon, Costco, Target or Best Buy are not pricing in any risk of inventory supply interruption. Perhaps the logic is the inventory build that went on during the tariff war will be enough to tide them over for a quarter?