And FMG had a pretty good week this week: its share price hit a record high of $13.28 amid growth in Chinese production, an inflated iron ore price of about US$90, and a supply shock in Brazil, which is in the grip of the coronavirus and still recovering from that deadly Brumadinho dam disaster in January last year.

Nor did the decision later in the week by China to tighten inspections on iron ore imports dampen sentiment. Will FMG’s price continue to soar? It has a steely balance sheet, good projects in train, a healthy dividend payout, and chief executive Elizabeth Gaines is adamant Chinese demand for imports remains despite the Middle Kingdom’s ore stockpiles.

But can the iron ore price keep going? Morningstar director Mathew Hodge isn’t so sure. In fact, he expects it to halve over the next few years as China’s demand moderates and Brazil recovers. His fair value estimate for FMG is $6.80, which means it’s overvalued by about 100 per cent.

China is ramping up its steel production because they know the only way to reinvigorate the economy is through infrastructure development. That is going to have a major technology component which is likely to require significantly more power generation capacity which is positive for steel and cement demand.

The challenges Brazil is having with containing the coronavirus obviously represent an opportunity for iron-ore producers with production in other countries. That has been a benefit for Fortescue in the particular but both Rio Tinto and BHP are both also outperforming Vale. 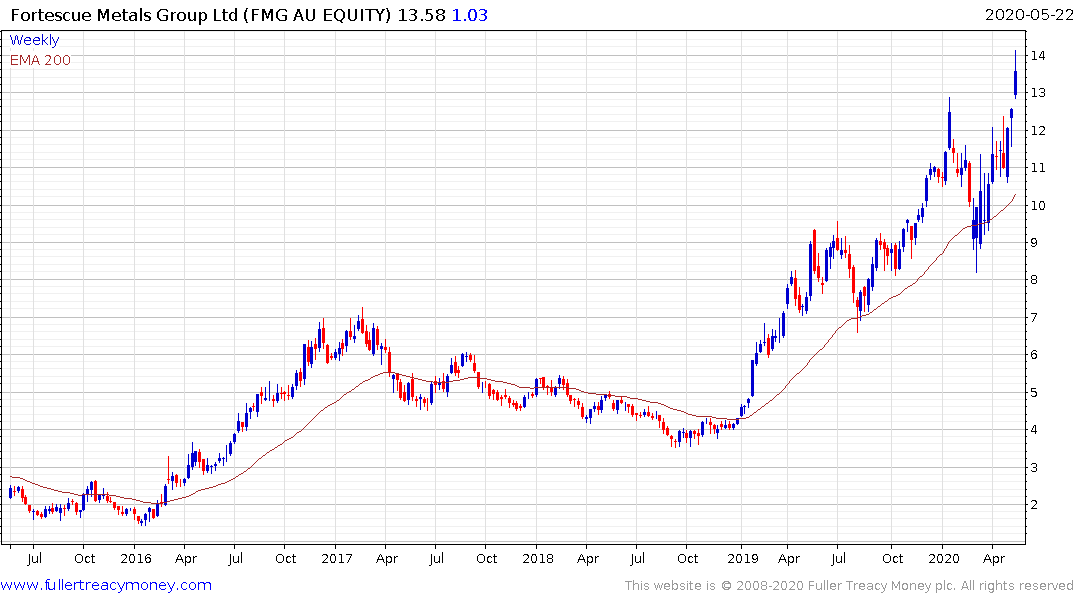 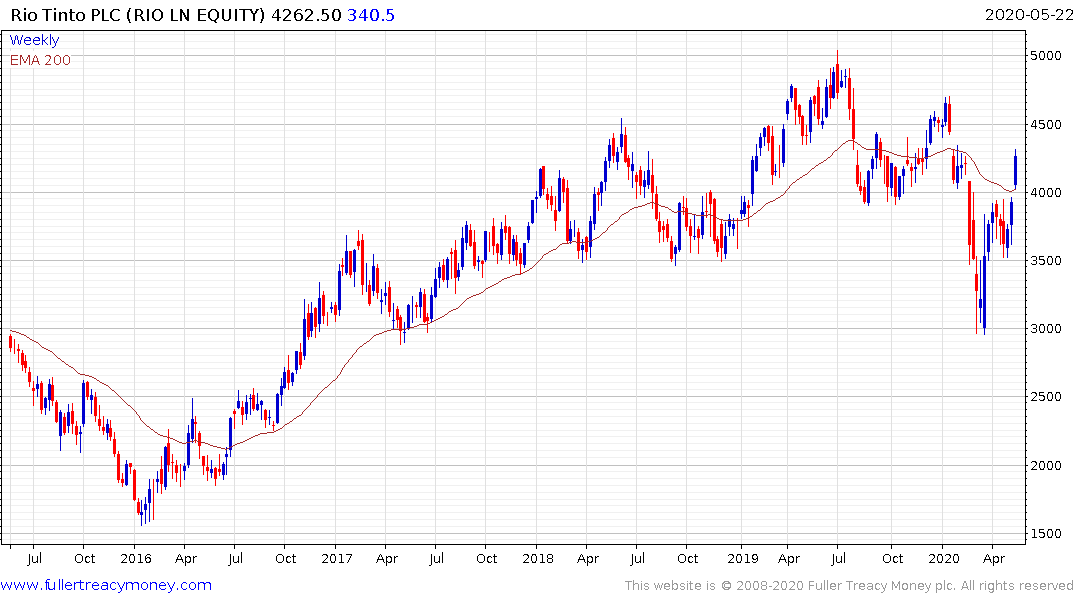 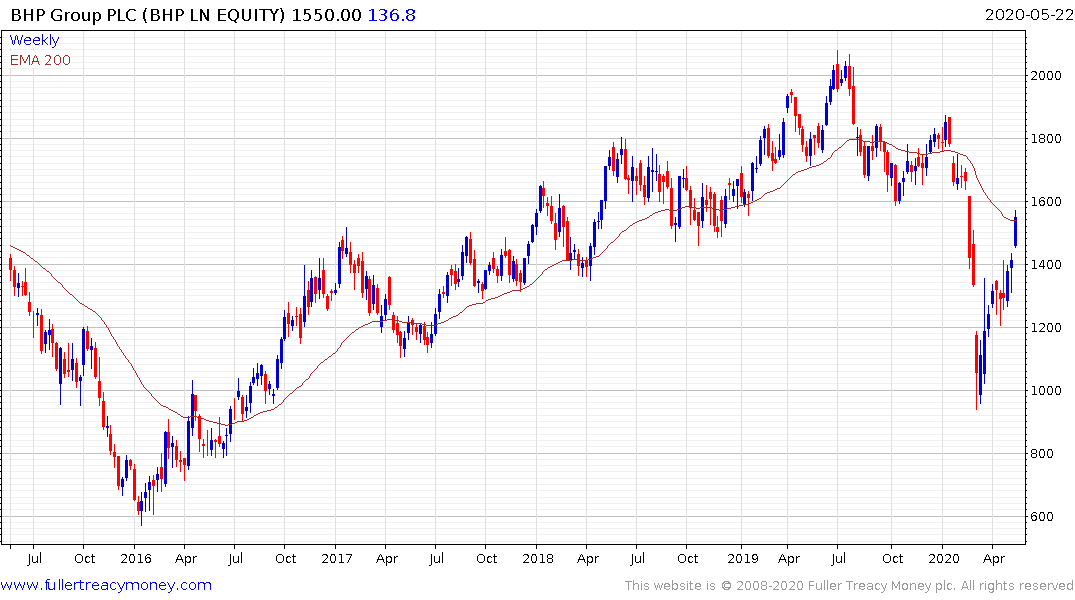 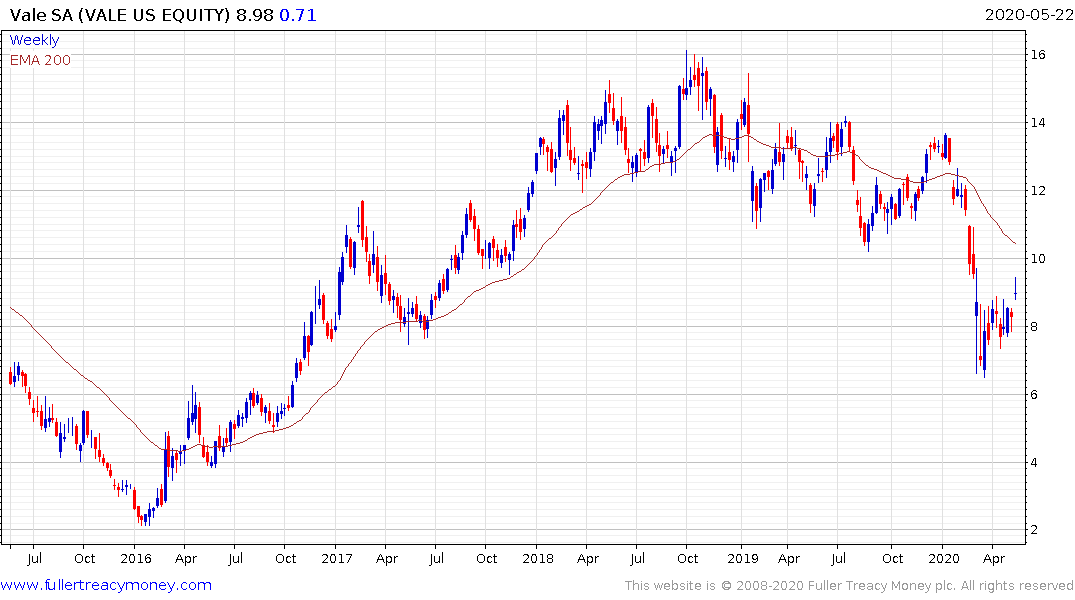 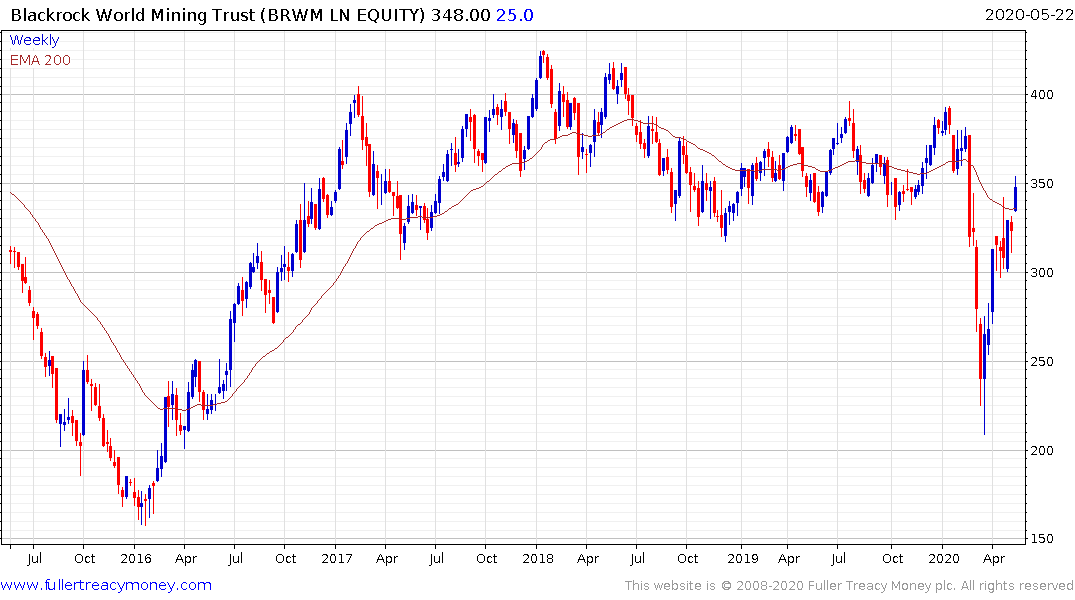 The Blackrock Global Mining Trust is trading at a discount to NAV of 12.7% and has rebounded to recoup just about all of the March decline. It has now pushed back up into the overhead trading range and a clear downward dynamic would be required to question potential for additional upside.