China has spent much of the past five years tightening its gripover Hong Kong with little challenge. Now, hundreds of thousands in the city are fighting back.

Hong Kong is bracing for a potentially historic showdown over extradition legislation that could for the first time subject residents to face justice in Chinese courts, further eroding the city’s autonomy. Opponents on Sunday staged one of the largest protests since the former British colony’s return to China: Organizers said more than 1 million participants showed up, while police put the figure at 240,000.

Tensions are only heating up, with demonstrators vowing to surround the city’s Legislative Council on Wednesday, when lawmakers debate scores of proposed amendments. Hong Kong’s Beijing-backed leader, Carrie Lam, defended the bill in a 45-minute news briefing Monday, saying it was necessary to prevent the city from becoming a “haven” for fugitives and vowing to press ahead with its passage. China endorsed her government’s efforts later in the day.

Deng promised the “one country, two systems” model would last for a century. Hong Kong will be lucky if it makes it to quarter of that time. Extra judicial disappearances have been a feature of Hong Kong life for the last decade and this extradition law would institutionalise the process. Tightening mainland oversight, particularly of critics of the administration is inevitable regardless of how many people protest. In the meantime, there is a clear intent to express power and control over Chinese territories so this situation has the potential to escalate. 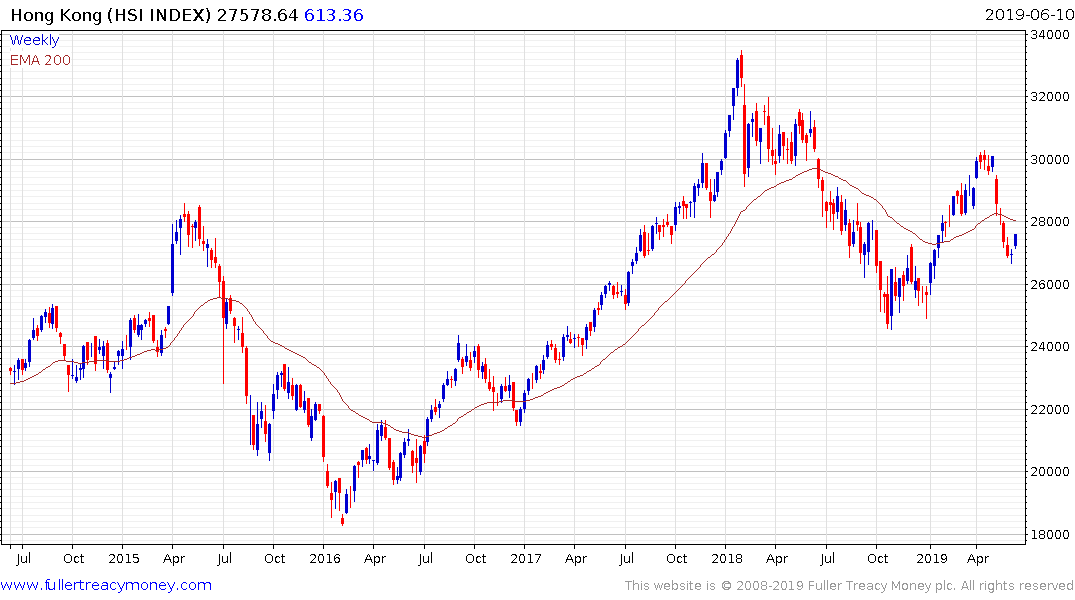 The Hang Seng bounced today in a delayed response to the bounce on Wall Street last week because the market was shut on Friday for the Dragon Boat Festival. 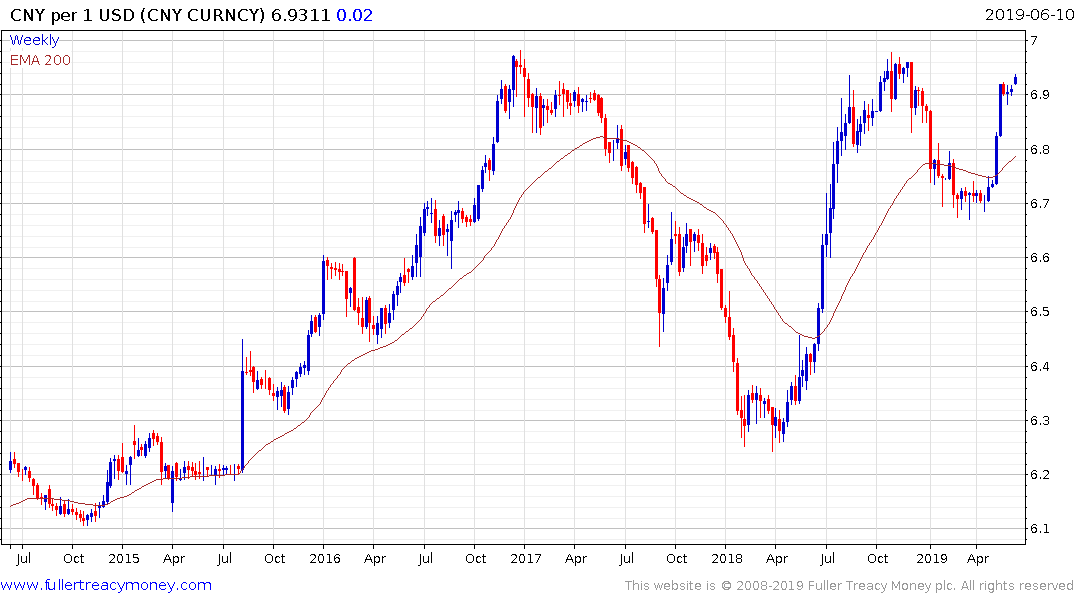 The mainland market also continues to hold the region of the trend mean amid overt government support for the market but the Renminbi broke downwards today.

I was at the Chinese Consulate in Los Angeles this morning to apply for a visa. I am planning a visit to Guangzhou and Taiwan this summer from August 5th to 19th and if subscribers would like to submit commentary for any of those days while I am away, I would be very grateful. I will be in China for a week and I’ll be able to update the site while I’m in Taiwan but it will be a challenge with internet access while in China.

One observation I thought was worth sharing is the Chinese Consulate was more like a neonatal unit than a visa office. I counted 51 new-borns. That’s a reflection of people voting with their feet and deciding to have their babies in the USA so they don’t have to worry about future relations between the two countries.