The mishap jeopardizes U.S. plans for human flights as soon as next year by Boeing, which was hired to ferry astronauts to the ISS as part of NASA‘s commercial crew program along with Elon Musk’s Space Exploration Technologies Corp. Boeing’s failure also deepens the sense of crisis around the aerospace giant as it tries to persuade regulators to end a flying ban on its 737 Max after two deadly crashes.

Boeing fell 1% to $330.04 at 10:40 a.m. in New York. The stock rose 3.4% this year through Thursday while the S&P 500 advanced 28%. NASA and Boeing officials said they were still trying to understand the cause of the timer failure. It’s too soon to assess the impact on subsequent Boeing space flights, they said. About 50 minutes after liftoff, the Starliner was out of position to begin its orbital insertion burn, the last boost into an orbit so the vehicle could dock at the space station. Had astronauts been on board, they might have been able to correct the problem, Bridenstine said.

Planes falling out of the sky and a space craft missing its rendezvous is not exactly confidence inspiring. Boeing is a major defense contractor so it is not going out of business but the catalogue of errors keeps growing and it is only a matter of time before activists starting calling for scalps. 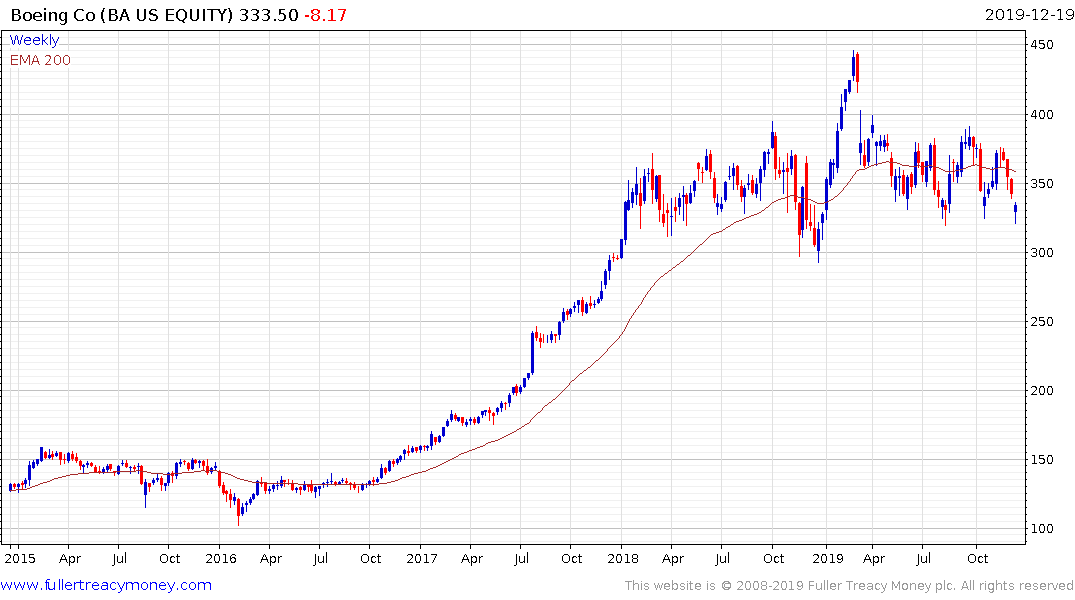 The share accelerating to its 2017 peak and pulled back in early 2018. It then surged to a new high but failed to sustain the gain and has been ranging since. This is potentially an evolving type-3 top; characterised by ranging time and size. Remedial action in the form of clear upward dynamics and a break up and out of this range will be required to question that conclusion. 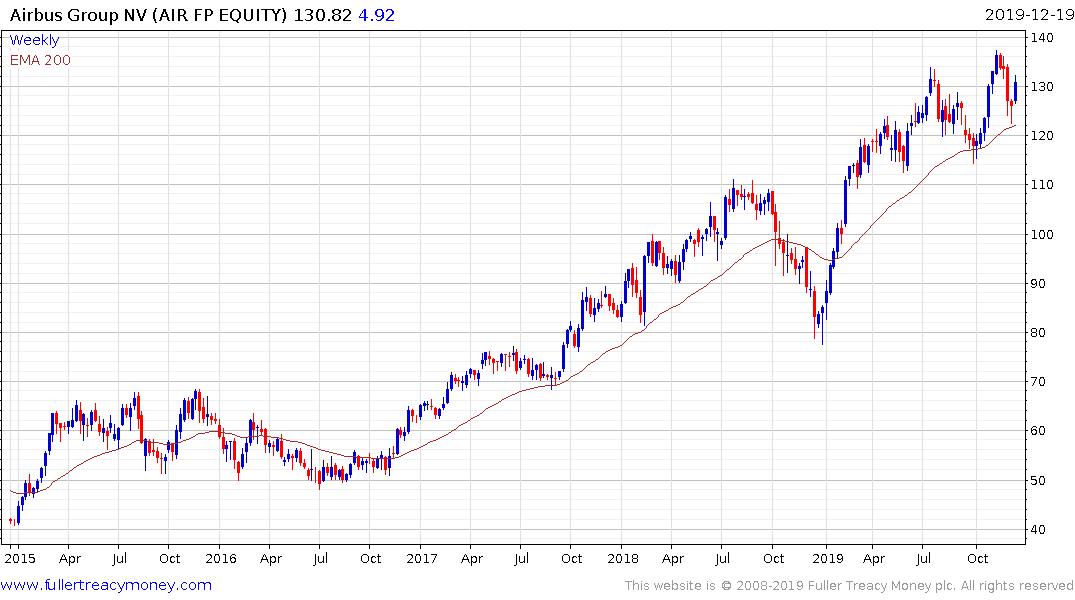 Airbus is the obvious beneficiary of Boeings woes. The share remains in a reasonably consistent uptrend.