The settlement is more comprehensive than expected, since it includes the dicamba and PCB cases, and the price will be reasonable for most investors, Sebastian Bray, an analyst at Berenberg, said by email.

It’s a “big relief,” Bray said, and “should allow investors to draw a line under the saga of the last two years.”

The Roundup agreements will resolve 75% of about 125,000 filed claims and those that were unfiled, the company said Wednesday in a statement. Bayer said it will pay $10.1 billion to $10.9 billion to resolve all lawsuits over the popular herbicide, including $1.25 billion for future claims handled as a class action.

Bayer pretty much bet the value of the entire firm on the speculation they would be better able to settle the Roundup claims than Monsanto. It’s looking increasingly likely that they were correct.

The merger between the Bayer and Monsanto created a seed and fertilisers behemoth with dominant positions in both the US and Europe. Crop Science now accounts for about half of Bayer’s turnover with healthcare being the most dominant revenue producer. 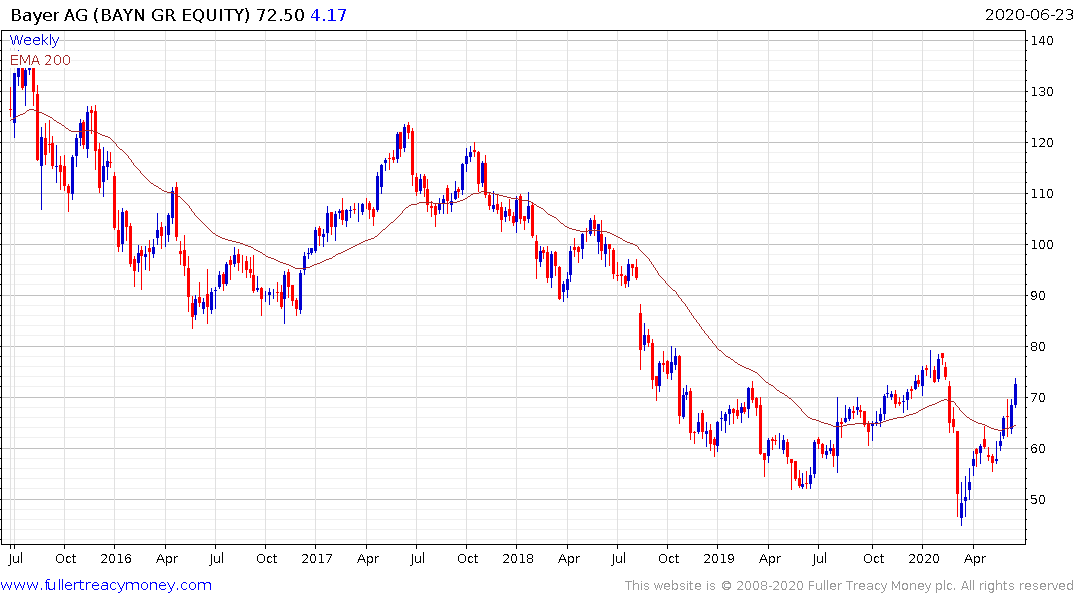 The share has rebounded impressively following the failed break below €50 in March and is now approaching the upper side of the range near €80. A sustained move above that level would complete the yearlong base and signal a return to demand dominance.