Prices in our area have increased about a quarter of a million dollars just in the past couple of years,” said Dowd of broker Ray White Baulkham Hills, adding that the number of people choosing to sell their homes at auction is at a 15-year high. “We’ve seen a sharp increase in auctions in just the past three months because people are seeing the exceptional results others are getting and saying, ‘I want what he has.’”

“There’s no doubt the low rates have got many borrowers out of jail,” he said.

A 2 percentage point rise in interest rates would put more than 25 percent of households in mortgage stress within 12 months, he said. They would need to cut other expenses and increase credit card debt to keep up with repayments.

“It’s parallel to what happened in the U.S. before the global crisis,” when easy credit to high-risk borrowers inflated a housing bubble that burst, creating a wave of defaults.

Prepayment Shock
Loans to investors accounted for 33.8 percent of all mortgages in the three months through June, the highest level since March 2009, APRA figures show. Outstanding interest-only loans -- where borrowers can postpone repayment of the principal for a set number of years -- increased to 35 percent, the highest since APRA began reporting the data.

“For those borrowers who’ve taken out interest-only loans, there’s always a prepayment shock when the interest-only period ends,” said Serov at Moody’s, which forecasts rates will rise over the next 18 months. “In a rising rate environment, that repayment shock is greater and delinquency rates for those loans would be greater.”

Record low interest rates represent an ideal time to borrow on fixed rates since one can lock in the risk one is taking on future central bank decisions. However the temptation when credit is cheap is to borrow too much in order to purchase a home whose price has accelerated as everyone else chases the same market.

The saving grace of cities like Sydney and London has been the dearth of building which has contained supply and supported high prices. The attraction of both cities for foreign investors has also been a considerable source of additional demand which has forced locals to compete with wealthy foreigners. Record low interest rates mean that taking out an adjustable rate mortgage today is straight momentum speculation. 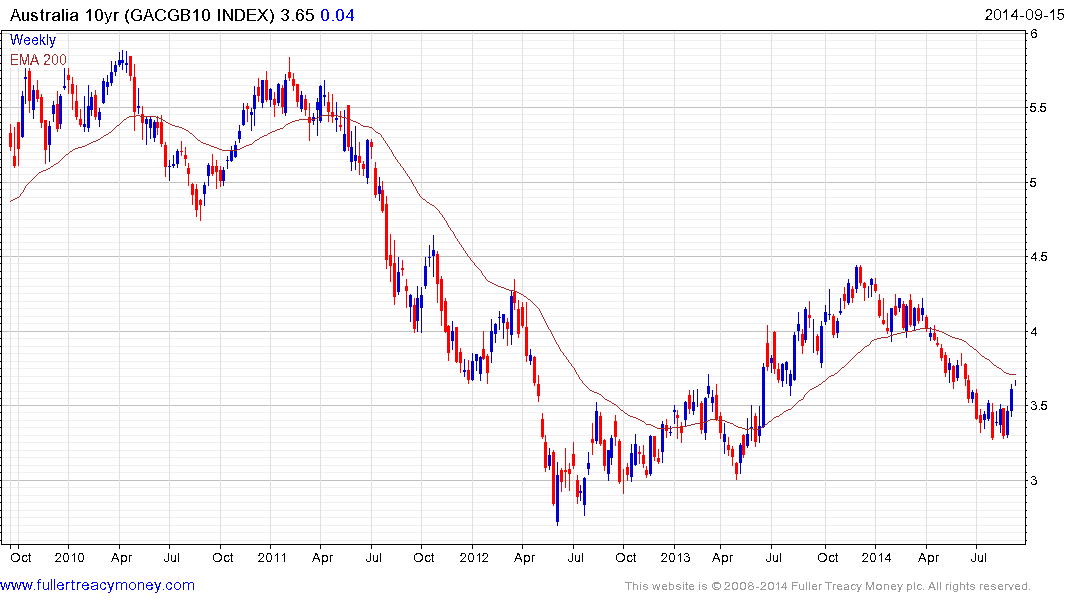 The Australian 10-year yield hit a medium-term low in May 2012 and has held a progression of incrementally higher reaction lows since. Following a steep contraction from late 2013, the rate found support near 3.25% from August. It rallied last week to break a progression of lower rally highs, to at least partially unwind the oversold condition relative to the 200-day MA. A sustained move below 3.25% would now be required to question medium-term scope for continued higher to lateral ranging suggesting investors are beginning to price in an eventual interest rate rise. 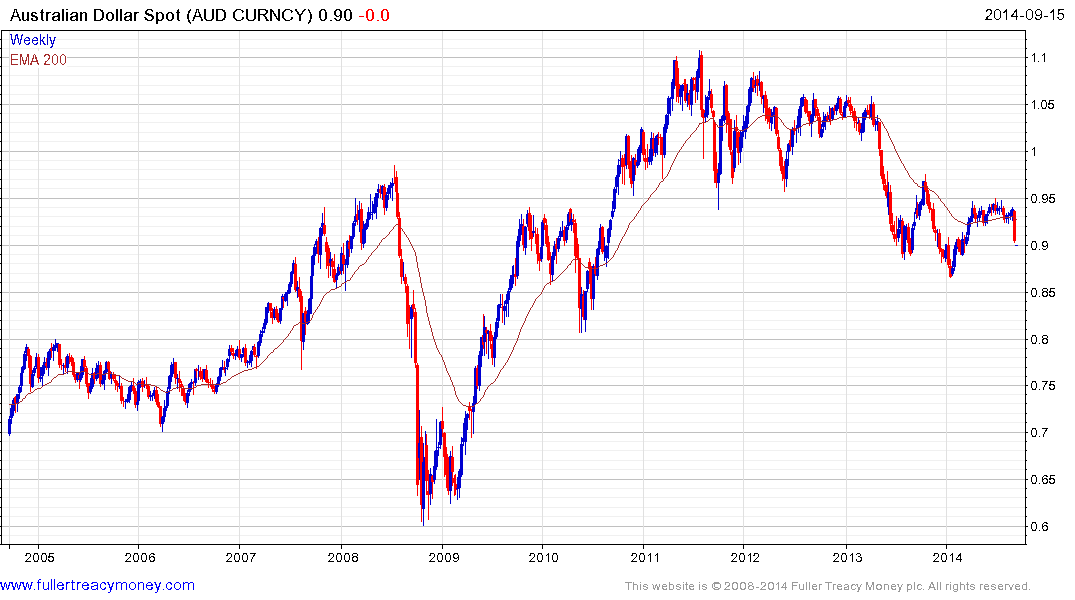 The Australian Dollar continues to form a first step below a type-3 top, as taught at The Chart Seminar, and a sustained move above 96¢ would be required to question medium-term potential for additional weakness. 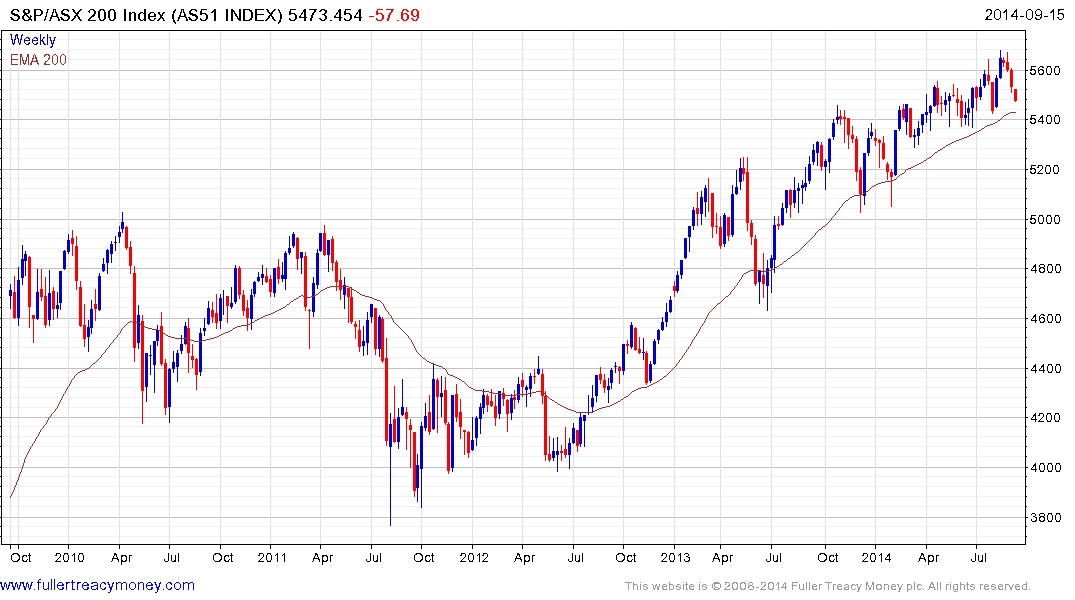 The S&P/ASX 200 has fallen back to test the progression of higher reaction lows and the region of the 200-day MA. It will need to find support in the 5400 region if the medium-term uptrend is to continue to be given the benefit of the doubt.