An Anguished Cry From the NHS Front Line: Coronavirus Is About to Explode Among Medical Staff
Comment of the Day

An Anguished Cry From the NHS Front Line: Coronavirus Is About to Explode Among Medical Staff by Eoin Treacy

It strikes them as preposterous that you could achieve anything close to the threshold level of immunity - ultimately 60pc - over the six month window of time available to us before the second (more dangerous?) wave hits in the autumn.

The explosive rise in cases - with 13pc needing intensive care in the Italian region of Lombardy - would smash the system.

As a sample, I offer extracts from an email received on Sunday from consultant cardiologist at a top British hospital, with high-powered credentials, who is working in the front line.

His Whatsapp group of 10 fellow doctors has a Wuhan sense of frustration about it. Things are going horribly wrong. Covid-19 is taking off among NHS staff.

“One of them seems to probably have Covid, as has multiple symptoms. Two of them have personally treated a patient with Covid before the patient was diagnosed, eg with no protective measures in place. It is clear that there are certainly multiple cases amongst staff and patients in every NHS hospital today, and they are actively spreading, with nothing stopping them.

"One of the 10 is in his 50s, and has somewhat restricted lung capacity because of an orthopaedic problem – he spent this weekend making a will and putting his affairs in order. He had realised that with the current NHS leadership, there was basically nothing he could do to avoid catching it in coming days. Crunching the statistics, he realised that several consultants in the hospital will probably die.

“We have received no advice at all to take any measures to reduce spread in the hospital. Where the South Koreans were attending hospital in full hazmat suits, I will be arriving in my suit and
tie tomorrow with nothing to prevent me catching it, and working in an operating theatre that a Covid patient was in on Friday, nobody aware that he had it, and the staff members I will be working with, will all have been in contact with that patient.

“Panic early” or “Keep Calm and Carry On”? That is the decision provided to the UK government last week and they went with the latter, which was the wrong move. They are now, belatedly organising a change of heart. Social distancing is now top priority and not before time. What we now need to see is a clear follow through on shutting down contact between infected people and a massive ramp up of testing.

When fighting an exponential growth curve every day is vital. The only way to skew the growth curve is to attack it vigorously as early as possible. The problem the UK and the USA now face is they are flirting with having missed the early window of intervention. The solution is now the same but the threat is larger.

The range of potential solutions for testing are increasing rapidly. Roche announced over the weekend that it has developed a low-cost rapid test for the coronavirus and can produce millions of units per month in a short timeframe. That at least tells us greater testing will be possible and that is vital in ensuring the curtailment of the spread. The medium-term hope is greater awareness of healthcare threats will help create a better global framework for managing threats because the WHO is clearly ineffectual. 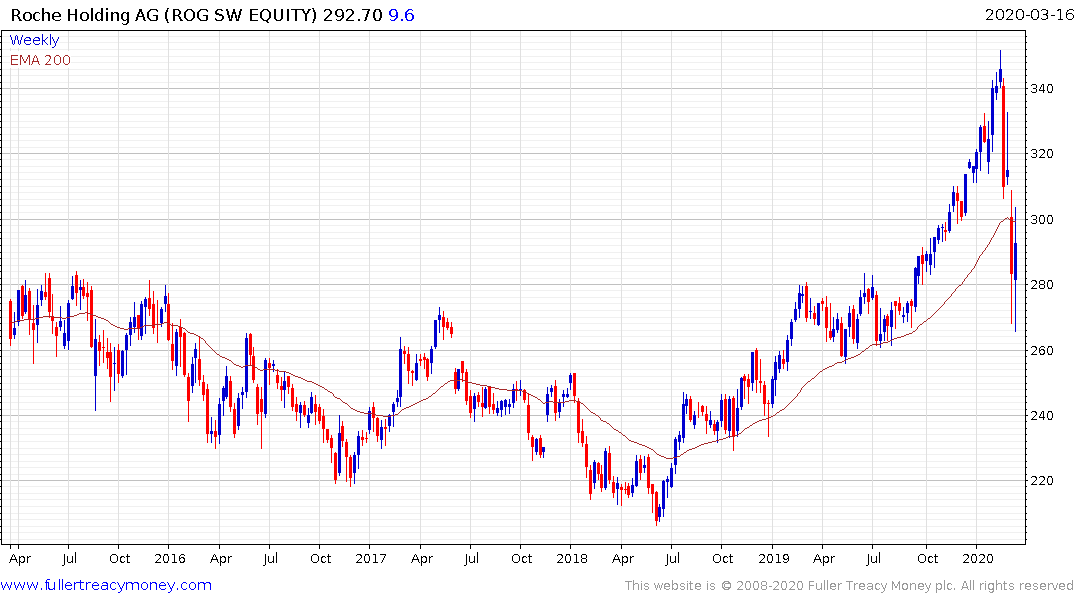 Moderna’s vaccine was first tested on a human today in Seattle so we will have information on how successful it will have within the week in all likelihood. 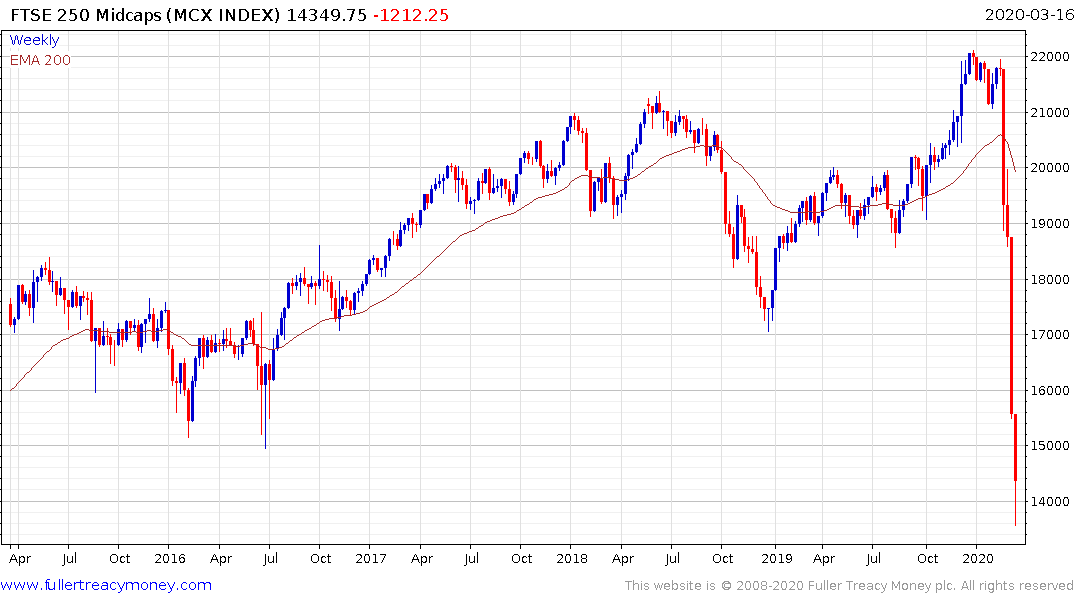 Turning to the UK, the stock market was cheap on a relative basis before the coronavirus crisis. The FTSE-250 following a steep decline is now trading on a P/E of 11.8 and yields 5.6%. We have certainly seen an accelerated decline and accelerations are an ending signal. Sentiment is pretty dire and is likely to get worse but the stimulus being unleashed will persist for years.