“Under normal circumstances, in this coming Q2, we’d expect to make some $4 billion or more in operating profit,” Bezos said Thursday in a statement reporting Amazon’s results. “But these aren’t normal circumstances. Instead, we expect to spend the entirety of that $4 billion, and perhaps a bit more, on Covid-related expenses getting products to customers and keeping employees safe.”

“Providing for customers and protecting employees as this crisis continues for more months is going to take skill, humility, invention, and money,” he said. “If you’re a shareowner in Amazon, you may want to take a seat, because we’re not thinking small.”

The vast majority of companies have refused to give guidance on the 2nd quarter’s earnings, probably because they don’t wish to alarm investors when they hope the third quarter will be a lot better. However, Jeff Bezos and Elon Musk have taken a different approach.

In fact, I don’t remember a situation where two high profile CEOs have given shareholders warnings about their positions in such a short period of time. That’s not exactly the kind of guidance the market is accustomed to.

Jeff Bezos telling investors they may need to sit down is about as close as you come to saying take some money off the table. Meanwhile Elon Musk’s much clearer statement that he thinks Tesla’s shares are overvalued, and that he is selling down all of his physical assets is an even clearer example. 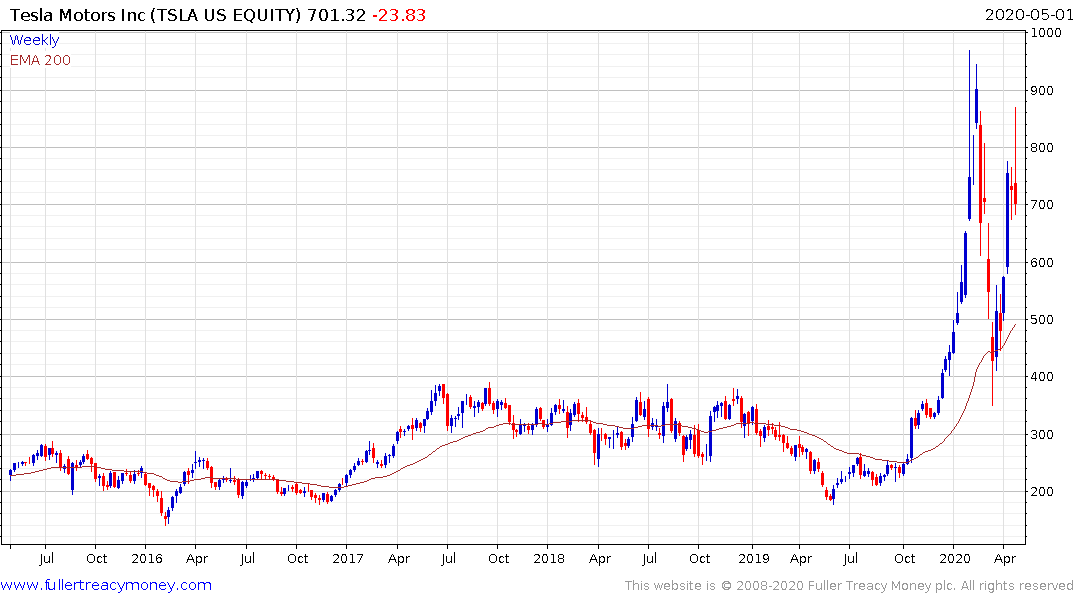 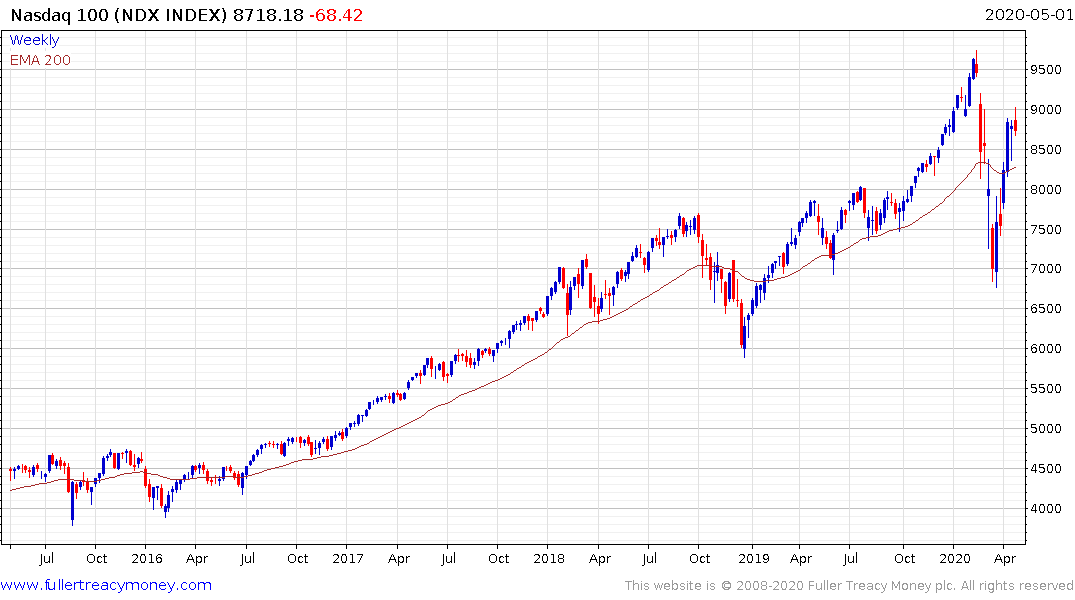 Both shares and the Nasdaq-100 have ample room in which to consolidation and still hold their lows. The challenge will be that with some of the largest shares in the world susceptible to at least some consolidation there will inevitably be some knock-on effect for the wider market.

This chartbook from Goldman Sachs, kindly forwarded by a subscriber may be of interest. Here is one of the most informative graphics: 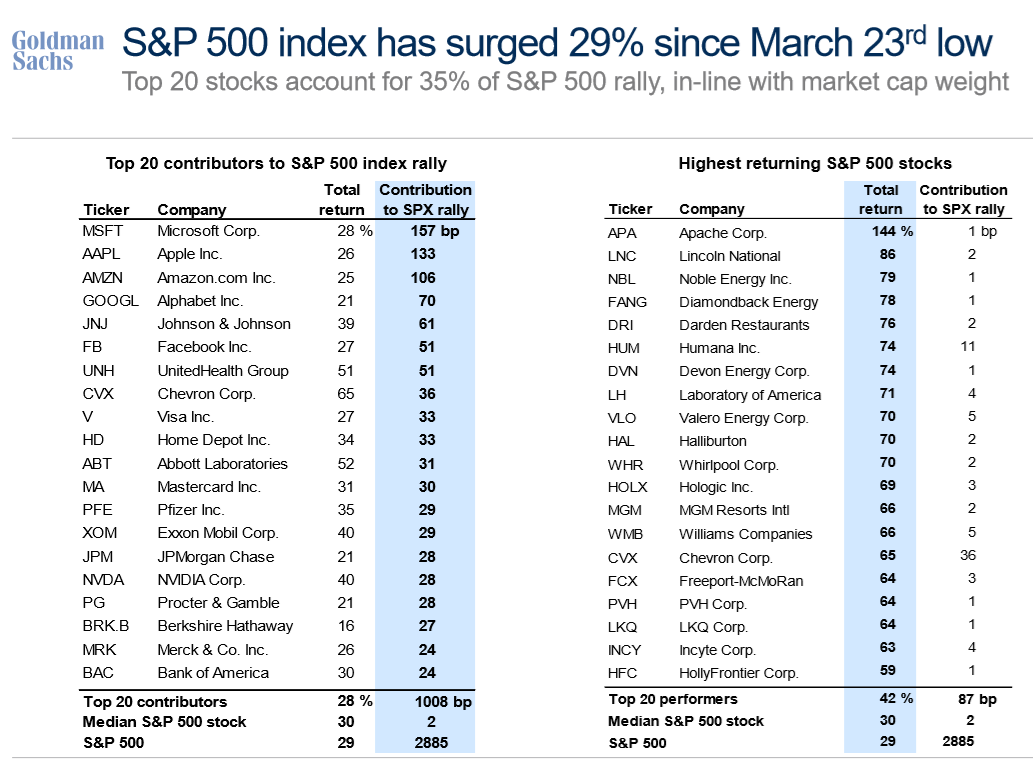 The concentration of returns in such a small number of mega-caps is not an especially healthy sign for the wider market. Even modest weakness is likely to have a significant knock-on effect.