All Your Favorite Brands, From BSTOEM to ZGGCD
Comment of the Day

All Your Favorite Brands, From BSTOEM to ZGGCD by Eoin Treacy

Almost half of top Amazon sellers — those selling more than $1 million in the U.S. — are in China; about a third of Amazon’s Chinese sellers overall are estimated to be in Shenzhen. (This according to Marketplace Pulse, which tracks e-commerce marketplaces.)

Amazon shuttered its Chinese store, Amazon.cn, in 2019, after it failed to crack a market dominated by domestic giants like JD and Alibaba.

But it has been much more successful in recruiting Chinese entrepreneurs to sell abroad, opening “cross-border e-commerce parks,” where sellers can get assistance with logistics, branding, and navigating Amazon’s platform. For the last five years, the company has also hosted summits for Chinese cross-border sellers. Last year’s conference, held in Shanghai, was attended by more than 10,000 sellers, many of whom see, in Amazon, an alternative to increasingly saturated domestic platforms like Taobao.

The vast majority of household and personal use products sold in Wal-Mart, Amazon, Target and elsewhere are manufactured in China. Most of the electronics, clothing, and jewellery in stores come from Guangdong. The majority of paper bags, nuts and bolts, toys and other small items come from Zhejiang which is just outside the quarantine area. Manufacturing is also spread over the rest of the country. That suggests the ability of companies to fulfil orders is going to be spotty if they don’t get back to work soon.

That is very likely to be the rationale used to fudge infection numbers. The Chinese economy is already going to be hit by the long hiatus in economic activity, but if small factories go out of business because they cannot get workers that is only going to exacerbate the effect. China has upwards of 300 million migrant workers who rely on factory work to make ends meet. Ensuring they can get back to work is the closest to a social safety net to come. Therefore, every effort will be made to reopen factories because the alternative would greatly increase recession risk.

When it comes to solving problems, China is not known for subtlety. This video of massive fans blowing disinfectant all over city streets is a great example of what stimulus tends to look like. It is widely accepted that the greatest risk of infection is from aerosols within six feet of an infected individual, while hand washing and disinfecting surfaces we regularly come into contact with are the best ways to fight infection. These massive fans are nothing more than blunt instruments that look good but do nothing productive other than highlight the government is doing something rather than nothing. It is the same with monetary and fiscal stimulus and it is likely to inflate the same malinvestment as during the last stimulus. 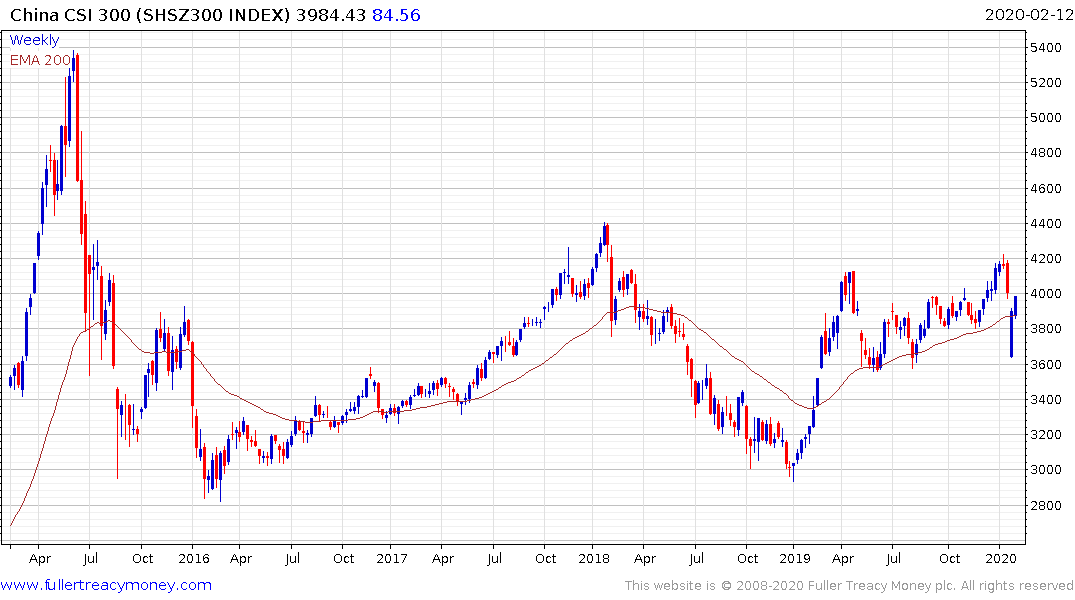 That’s positive for the stock market and the banking sector in the near term.

From a macro perspective, the parallels with the late 1990s are quite eery. The Asian Financial Crisis was in 1997, the Russian debt default was in 1998 and Long-Term Capital Management went bust soon afterwards. Both of these events contributed to interest rates staying lower for longer which allowed a bubble to form in the technology sector. 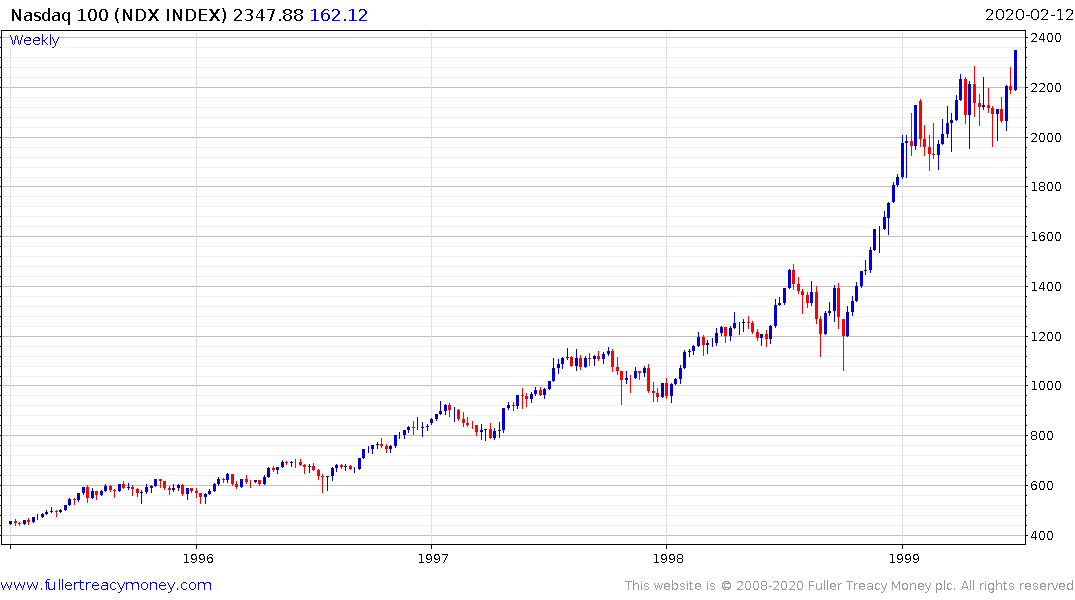 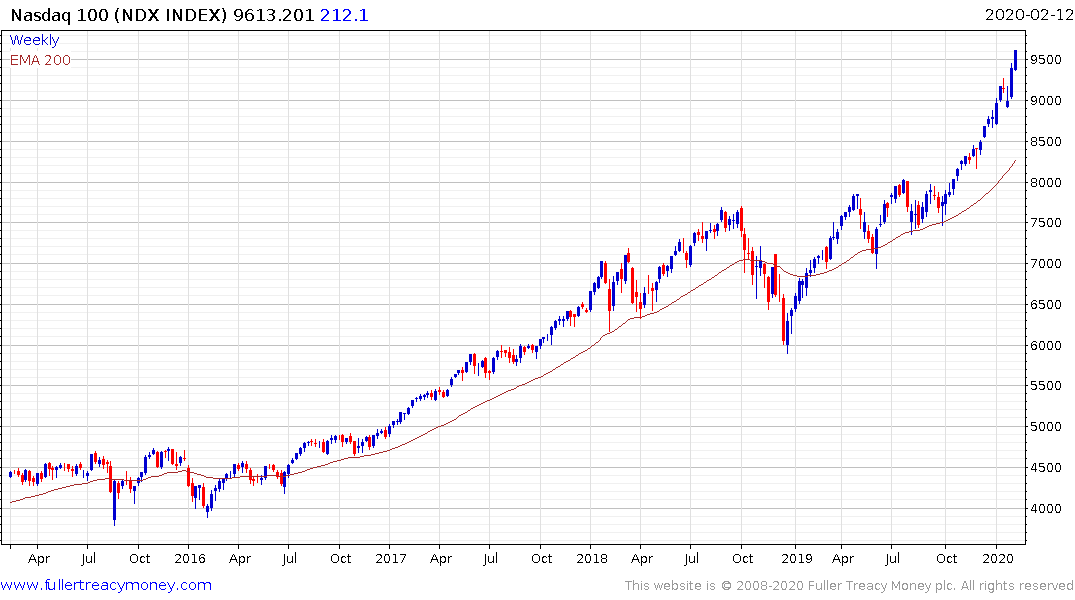 Today worry about China and the coronavirus is depressing bonds yields and boosting liquidity. That is contributing to accelerations in mega-caps and the wider market. The clear rationale used by investors is the only thing that matters is momentum and liquidity. This is the most important time to monitor the consistency of trends.