A Whale Is Accumulating Silver Futures
Comment of the Day

A Whale Is Accumulating Silver Futures by Eoin Treacy

Instead of selling futures to suppress the price, our market whale appears to have turned buyer; buying enough to cover China’s annual silver imports, the equivalent of about 43,000 Comex contracts. Clearly, the new strategy is to hedge against rising prices instead of suppressing the silver price. Given this new development, one would have thought that the other seven large traders would have tried to limit their silver shorts and at least keep an even book. There are several reasons why they may not have not felt the need to do so:

There are ample quantities of bullion in the vaults in London and Comex depositories, currently totalling 1.66 years’ worth of mine supply, unlike gold where the underlying bullion stock is very small relative to the paper contracts based upon them.

They appear to be unaware of China’s actions and motives. They may not even be aware of the existence of this long position. If they are aware of it, they may think it is just a technical long, against a short in London’s OTC market.

With global commercial demand declining due to the economic slow-down, they probably feel relaxed about the price outlook for silver, which they will regard as an industrial metal. Base metals show little sign of entering a bull market.

Therefore, with the Swaps category only moderately oversold (net short 12,735 contracts) and the Managed Money category only average overbought (net long 21,923 contracts), the other seven largest traders are likely to feel individually comfortable with their short positions, unaware of the extent to which their fellow traders are also short. What they fail to realise is that they are the shorts against the one largest trader who is long.

Silver is a lot less liquid than gold in the futures market, yet there is a lot more silver in the physical market than gold. That typically creates a volatile trading environment for the metal and is why investors have seen silver as a high beta play on gold historically. 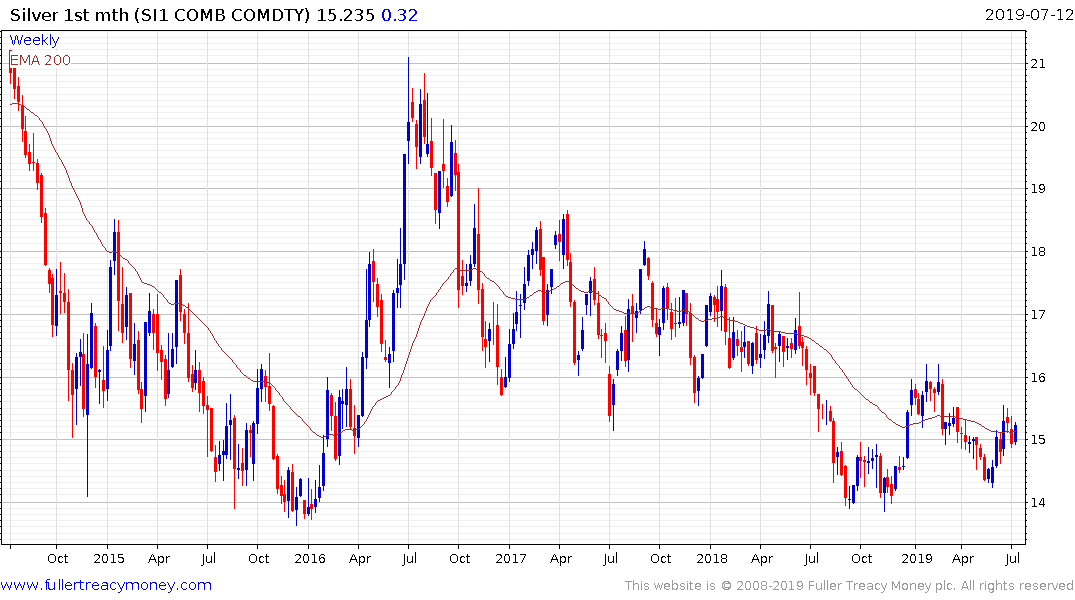 Silver has lagged gold by a rather significant margin so far this year. It is being valued more as an industrial metal than a precious metal, but one has to query how long that can last? The fact silver is so often a by-product of industrial metal mining should be beneficial to the price on the supply side, if metal prices remain low.

Over the course of the five years breaks below $15 have not been sustained but rallies from that level have been successively weaker since 2016. The price needs to break the sequence of lower rally highs, currently near $16, to signal a return to demand dominance beyond the short term. 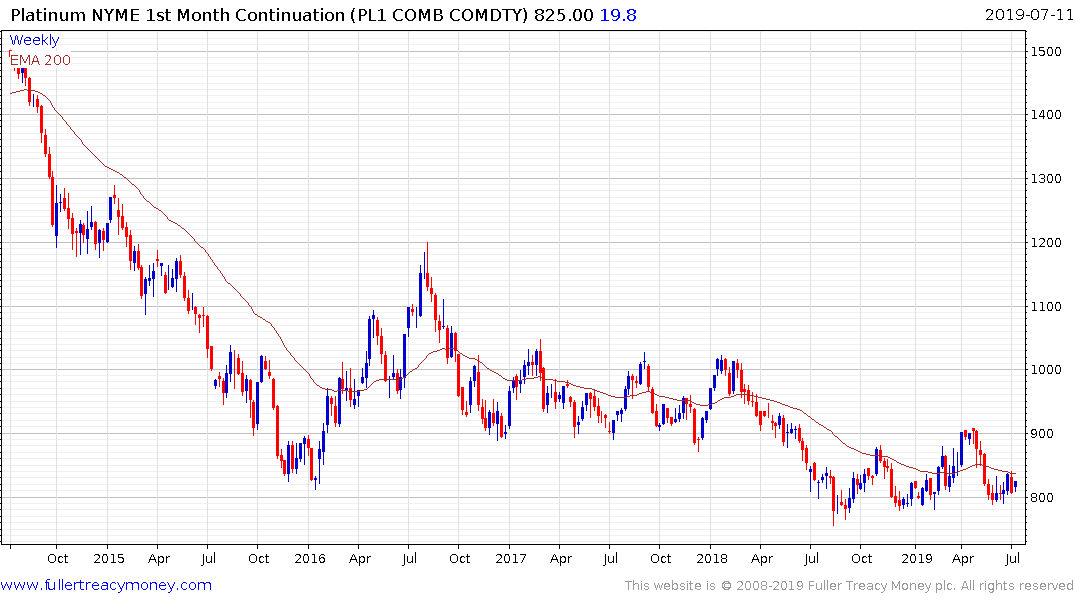 Platinum has similarly been a wallflower year. The price continues to range with a very mild upward bias and a sustained move above $900 will be required to complete the developing base formation.

Both are currently steadying in the region of areas of potential support.