Finally, the economic model underlying the reserves creates a complex financial interdependence between Asian central banks and advanced economies, termed the “fatal embrace” by the late Paul Volcker, former chairman of the Federal Reserve. Foreign-exchange reserves represent advances allowing the importing country to buy the exporter’s goods and services on credit. Withdrawing support would risk destroying the value of existing investments and damaging the borrowers’ real economy and export demand.

The interdependence runs deeper. Since 2009, the growth of developing-country reserves is highly correlated to the growth of the balance sheets of advanced-economy central banks, which has been driven by quantitative easing. Attracted by higher returns than available at home, investors moved capital into emerging markets, which in turn supported demand and economic activity in developed economies. This is evident in the increased reliance of many North American, European and Japanese businesses on emerging economies for growth and earnings.

Unfortunately, this cheap capital encouraged rapid rises in debt and increased the risk of future financial instability in many emerging countries. The solution lies in international co-operation to create a new international monetary system and for surplus countries to boost domestic demand.

In a world of rising political tensions, trade wars and adherence to debt and export driven economic models, the prospects for that may appear bleak. Still, this is unfinished business the world will have to return to — once it has got past the economic shock of the coronavirus epidemic.

The strength of the US Dollar over the last ten sessions is at odds with the efforts by the US government and Federal reserve to increase the supply of the currency relative to just about all others. That suggests both repatriation of funds invested overseas as well as the proceeds of carry trades being invested in the USA are supporting the currency. This trend coupled with continued fears about the knock-on effects of the virus scare on economies dependent on China is weighing on Asian markets. 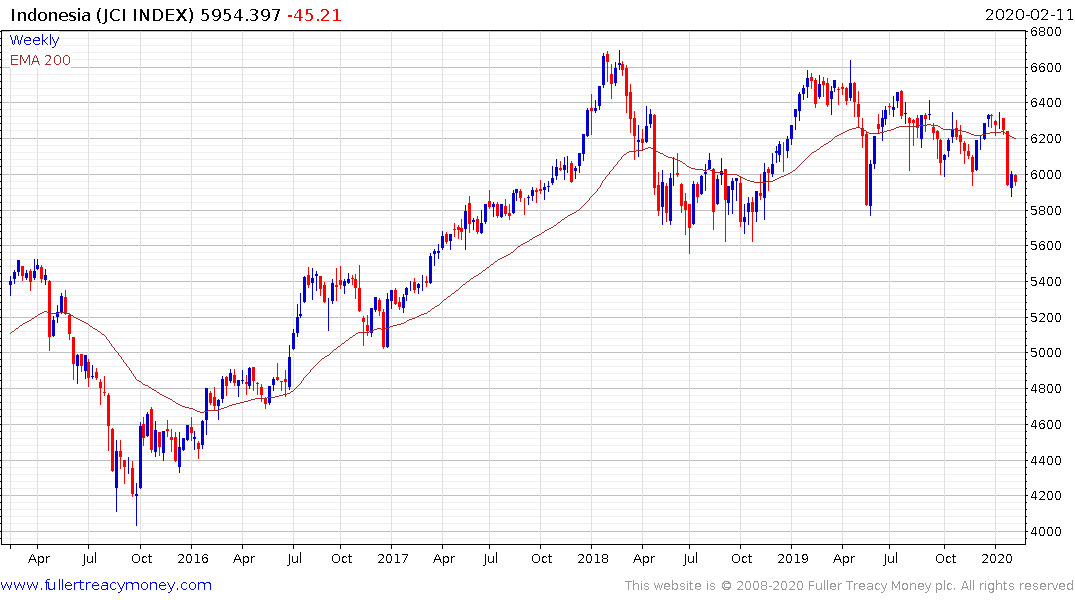 The Jakarta Composite encountered resistance in the region of 6000 over the last week. That level had been offering support over the last six months and a sustained move back above it will be required to signal a return to demand dominance. Meanwhile the currency has been quite steady. 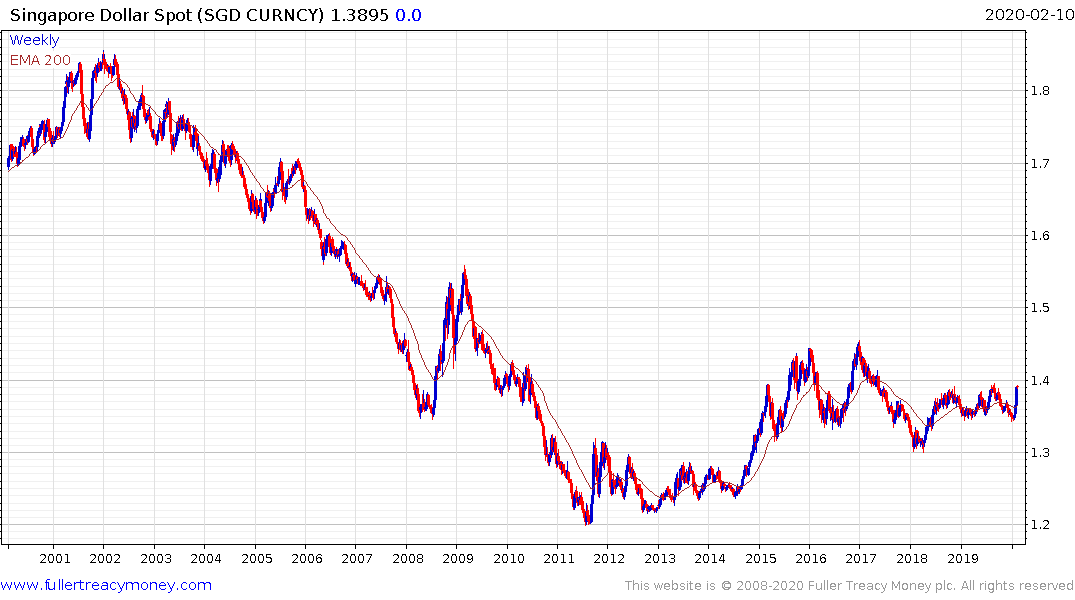 The Singapore Dollar on the other hand pulled back sharply over the last couple of weeks and continues to exhibit first step above the base characteristics over the last few years. A sustained move below $1.35 would be required to question supply dominance. The weakness of the currency has insulated the nominal value of Strait Times Index from volatility. 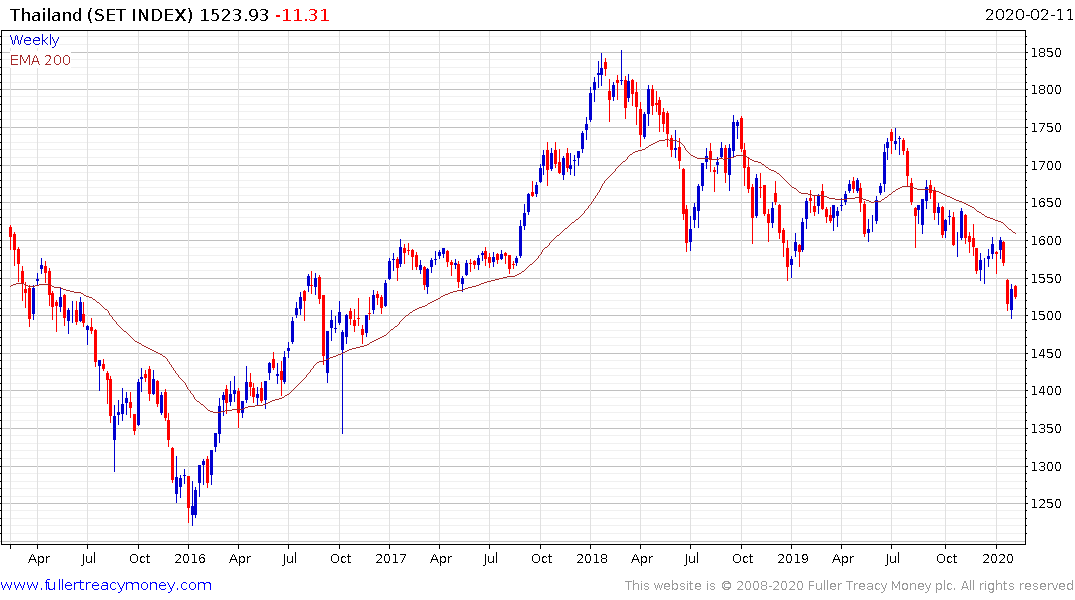 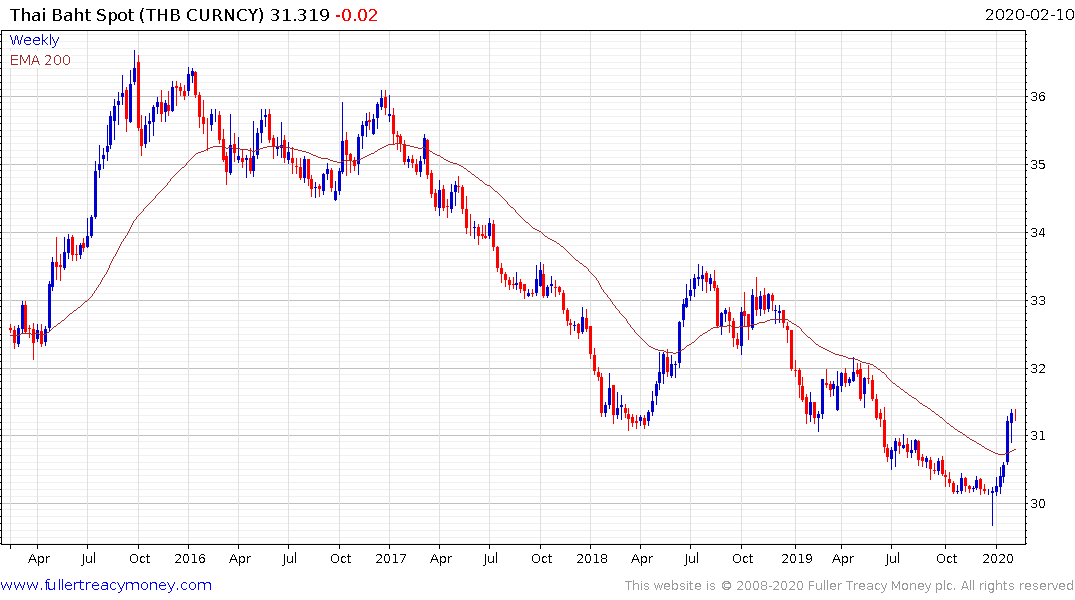 The Thai SET Index failed to find support in the region of 1600 and broke lower two weeks ago. While short-term oversold, a sustained move back above 1600 will be required to question supply dominance. The US Dollar has now broken its downtrend against the Baht. 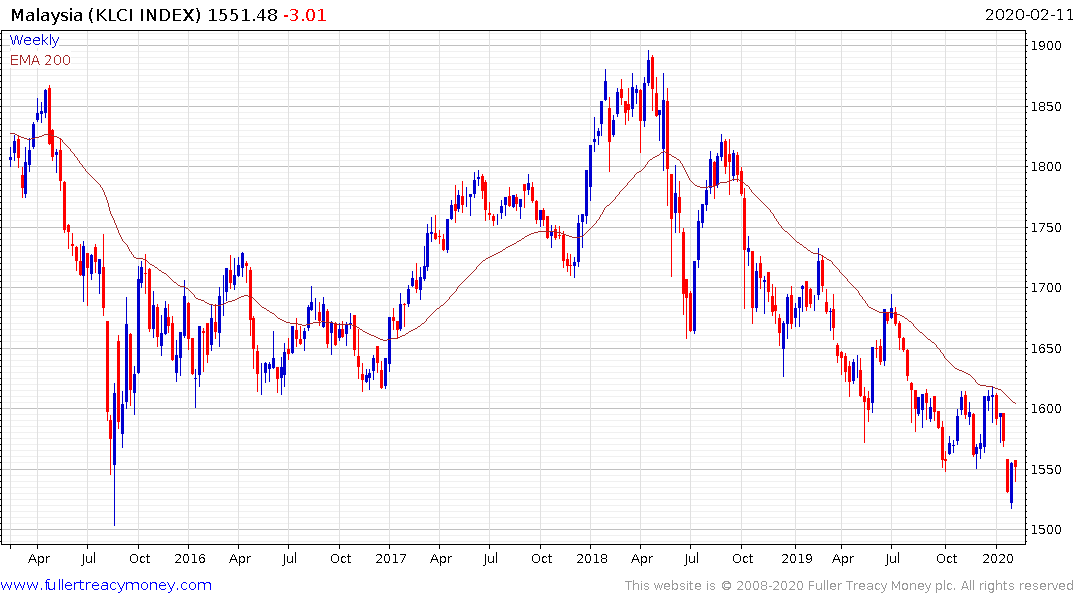 The Kuala Lumpur Composite has been trending consistently lower for two years. 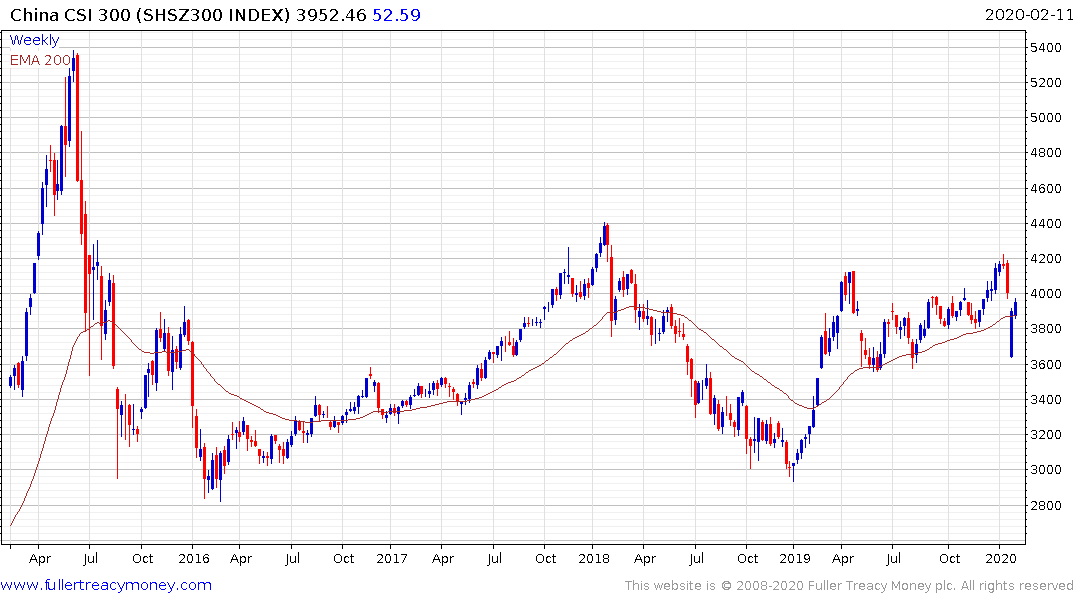 China is the engine for growth in much of Asia. While the various support mechanism announced over the last week are helping to steady the mainland market, the slow pick-up in economic activity is likely going to take longer to filter down to the wider region.

Hypersensitivity to all news of a new virus is now prevalent but this story from the Independent bears monitoring because Nigeria is a high population country and ill equipped to deal with any kind of outbreak.