Situation: Confirmation of sustained transmission outside of China
Implication: Most cases outside China have been linked to recent travelers. If evidence emerges of ongoing acquisition of disease in patients who did not travel or have contact with someone returning from China, the potential public health impact of the disease will rise significantly.

Situation: Rapid increase in case numbers in affected countries
Implication: Many unknowns remain. Rates of transmission in asymptomatic individuals, viral mutations, and decreased efficacy of protective measures, for example, could lead to increases in infection rates. Weaker health systems, in particular, could be at higher risk. This would increase uncertainty on potential recovery.

The number of reported “official” cases continues to trend lower which is seen as positive by investors. The question of how much the official figures can be trusted amid a reclassification of how China defines a confirmed case does not appear to be priced into markets.

Alex Lam’s Twitter feed highlights how the growth in the number of cases has decelerated because the Chinese authorities are no longer counting mild cases even though people are still infecting other people.

If that is true, then the potential for containment has taken a step backwards which suggests the battle against the virus will persist longer than the first quarter. That is going to require even more assistance in the form of economic supports but raises the challenge of slowing global growth. 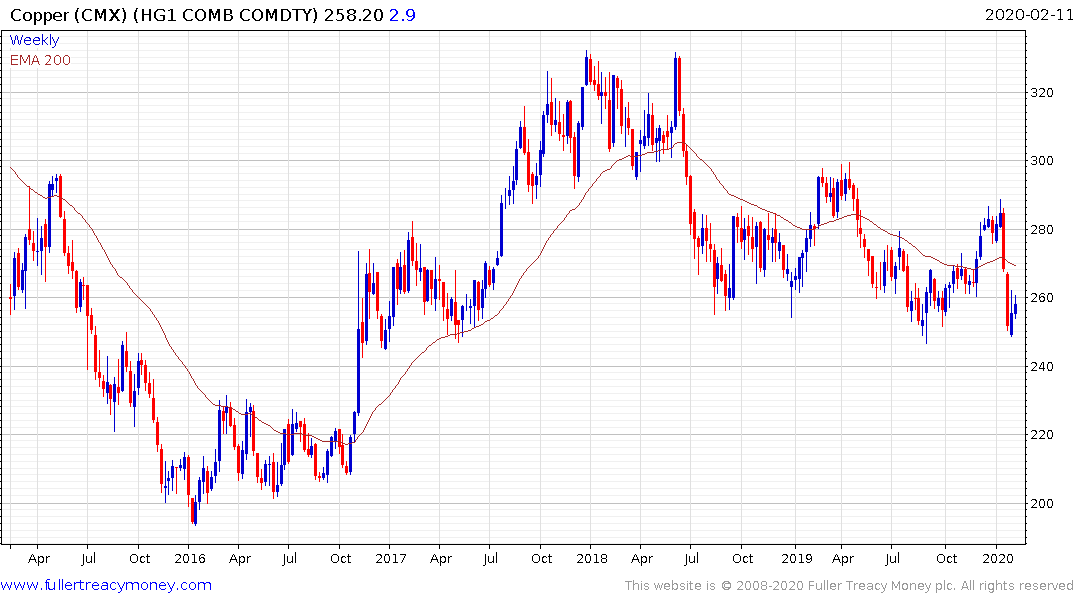 Meanwhile copper continues to steady around the psychological $2.50 area while China’s factories gradually start to get back to work.