Saudi Arabia and Russia ended a devastating oil price war on Thursday, agreeing to slash output together with other members of the OPEC+ alliance in an effort to lift the market from a pandemic-driven collapse.

The tentative deal came after strong pressure from U.S. President Donald Trump and American lawmakers, who fear thousands of job losses in the U.S. shale patch, not to mention Wall Street chaos. The price crash has also threatened the stability of oil-dependent nations and forced companies from Exxon Mobil Corp. to small independents to rein in spending.

OPEC and its allies, meeting by video conference, agreed to cut production by about 10 million barrels a day in May and June, delegates said, asking not to be identified ahead of an official statement. Saudi Arabia and Russia, the biggest producers in the group, will each take output down to about 8.5 million a day, with all members agreeing to cut supply by 23%, one delegate said.

“Both Saudi and Russia were going to have to cut anyway, and these cuts allow them to win political points too,” said Amrita Sen, chief oil analyst at consultant Energy Aspects Ltd.

While the headline cut equates to a historic reduction of about 10% of global supply, it makes up just a fraction of the demand loss, which some traders estimate at as much as 35 million barrels a day.

The oil price turf war is over, for now, but unfortunately the cuts announced are not near enough to rebalance the market in the near term. The very fact the Federal Reserve supplemented its stimulus with an additional $2 trillion in spending today, only a week after the last announcement is a testament to how weak economic activity is, even if it turns out to be short-term in nature. 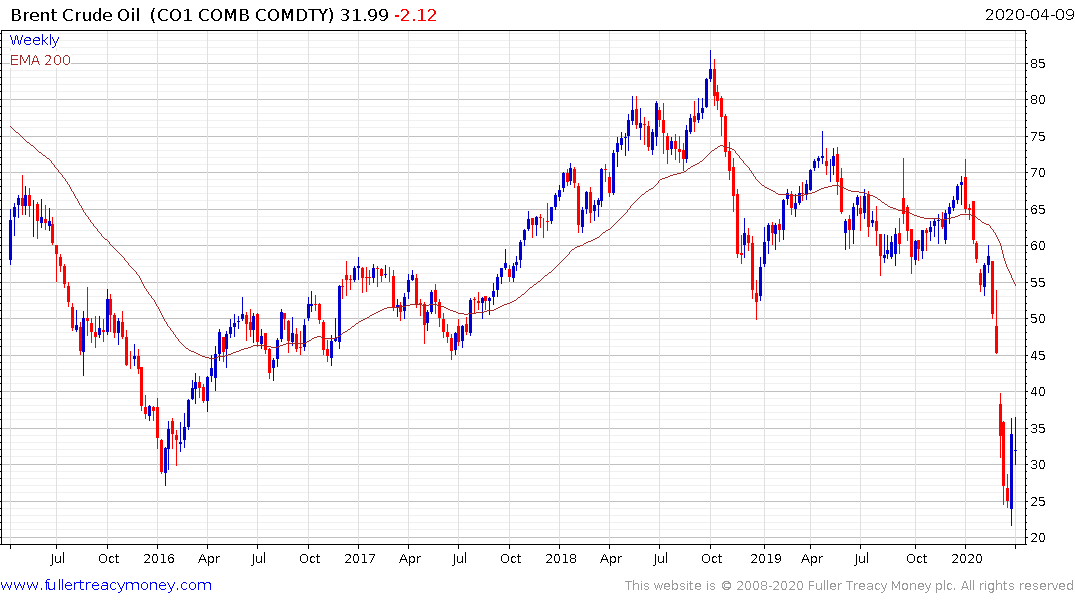 Nevertheless, it remains likely the $20 region is the area of the lows for Brent Crude. The biggest question is how long it will take for supply to be contained beyond the $10 million barrel target to bring the market back into balance. 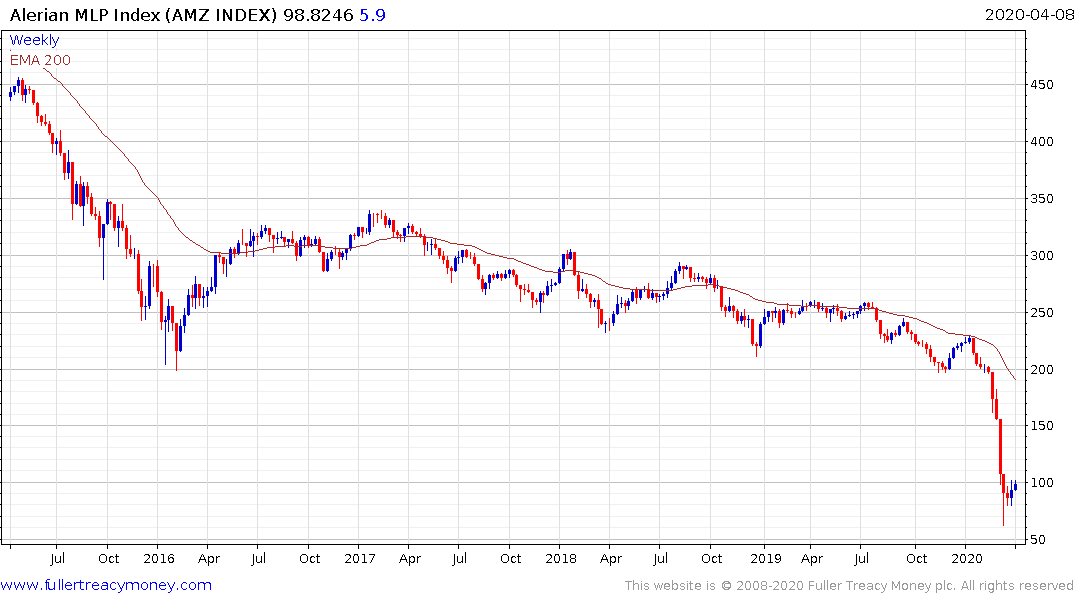 The MLP sector, which is dominated by highly leveraged pipeline companies, looks susceptible to further weakness following a modest recovery relative to the size of the decline.