Email of the day - on carbon credits
Comment of the Day

Email of the day - on carbon credits by Eoin Treacy

First of all, thanks for the excellent service, I have been a subscriber since 1987. One thing that confuses me is the obsession with carbon emission in the world. This has become a political issue, and media deny to debate it. Could you please elaborate a bit on this theme, and let me know what you rely on these days, where do you get your information on this matter, or is it simply follow the money?

Thank you for your kind words and support over the years. When I think about carbon credits, I am reminded of Ronald Reagan’s quip If it moves, tax it. If it keeps moving, regulate it. And if it stops moving, subsidize it.”

Let’s think about where carbon credits have been implemented. Europe is a significant energy importer, California relies on the technology, entertainment, agriculture and tourist sectors to compensate for ignoring its energy sector.

The primary ambition of consumers is to be more efficient so they reduce costs. Carbon credits are designed to achieve that goal by promoting alternatives. They serve the dual goal of supplementing budgets, pressured by rising costs for maintaining basic services and paying pensions.

In fact, the cost of carbon credits will have to continue to rise, especially if they are successful in supplanting demand for internal combustion engines. Governments generate significant capital from taxes on gasoline and that will need to be replaced. Carbon credits on “dirty industry” are the prime candidates. 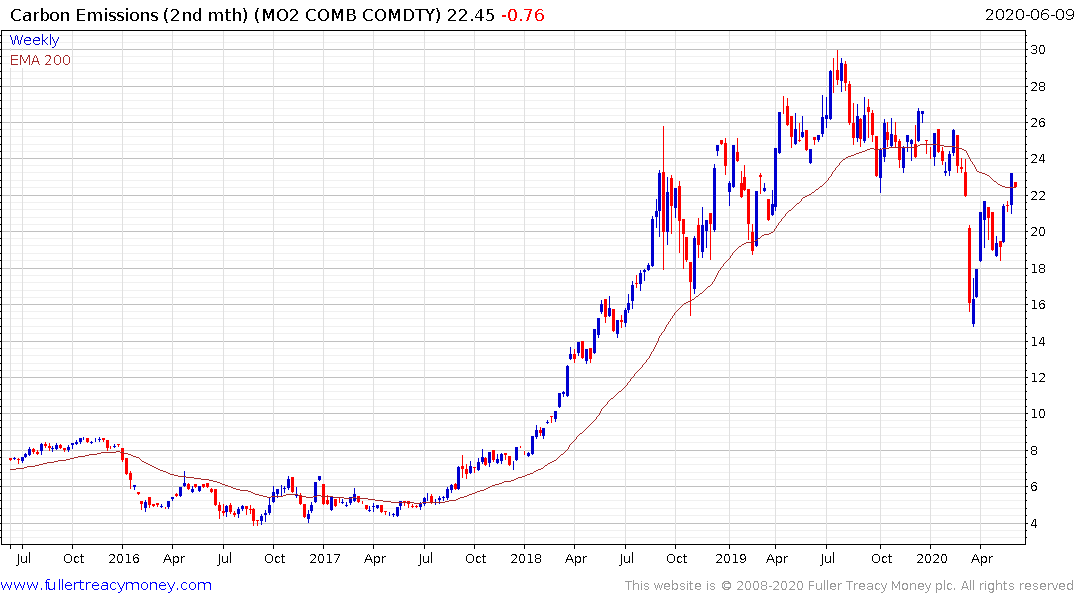 The counter argument is the carbon price is inherently influenced by economic activity since demand for credits is based on emissions. No activity means no demand for credits. The rebound from the March low is now testing the region of the trend mean. And will need to hold the short-term sequence of higher reaction lows if the benefit of the doubt is to be given the recovery. 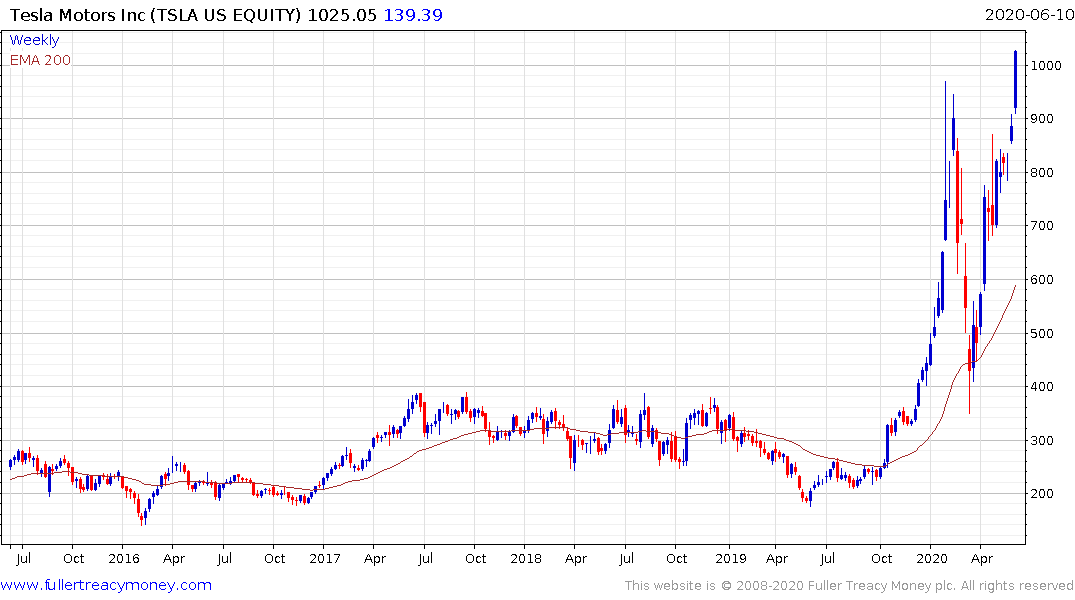 Tesla’s whole business model is driven by getting other companies to pay for its expansion through what is effective carbon credit bondage. It pretty much ensures they make money twice on every car they sell. First on the purchase price and then on the carbon credit. The share has been ranging below $1000 for the last five months and broke above it today. This concentration on financial leverage makes it a lightning rod for speculation on global liquidity.