Investors should be particularly sensitive to indicators that are associated with being in a misaligned world. This analysis can be applied both to sunk capital and new investment. For companies with low growth capex, margins on existing production will clearly be more important than incremental value creation or destruction on new investment. For high growth companies, returns relative to the cost of capital on new investment will be more critical.

Investors should be wary of high-carbon companies where decarbonisation is likely to be demand driven (for example coal generators facing lower production as subsidised renewable production is built). However there may be value opportunities where decarbonisation is supply driven (for example restrictions on coal production, or forced coal closures could increase margins on remaining capacity even while overall volumes drop).

By understanding the positioning of companies in the matrix of volume and value, investors can make an informed judgment. Market valuations can be set against current opportunities and future expectations. Shareholder engagement can help ensure the right corporate strategy.

Here is a link to the full report..

Governments need revenue so regardless of what one’s feelings are with regard to climate there is a strong potential for higher taxes, particularly in Europe which is a major fossil fuel importer. The impetus for similar taxes in energy producing nations, not least the USA, is less compelling.

There is reason to be optimistic about the prospects for solar because the price per watt of electricity produced remains on a downward trajectory. However the reality for investors is that this success has been achieved by aggressive competition between producers which has sent more than a few into bankruptcy. So far new higher efficiency models have been slow to reach market but potential commercialisation puts even greater pressure on manufacturing margins. 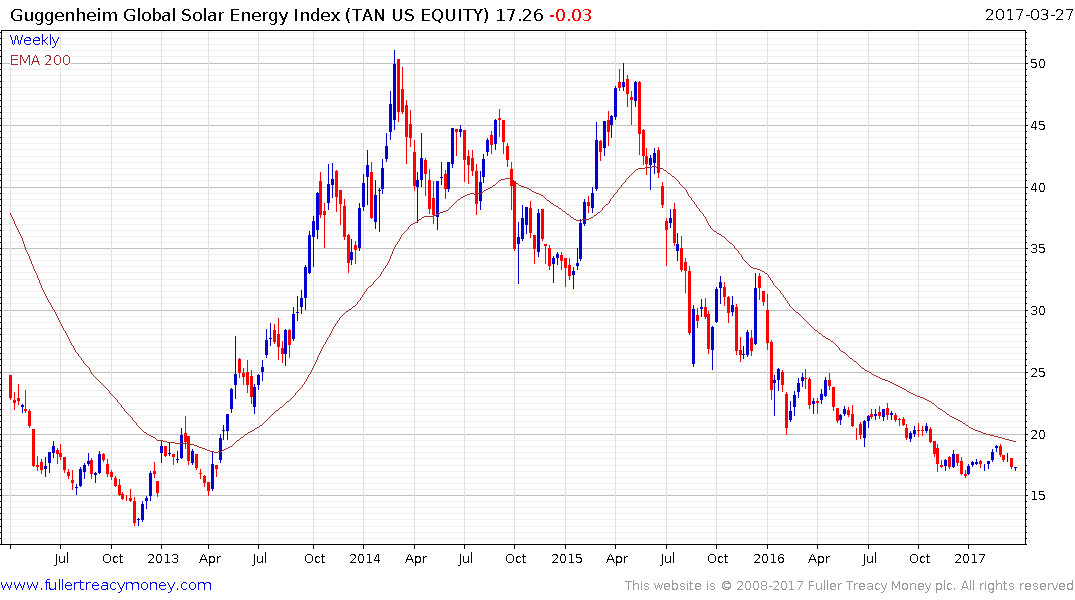 The harsh reality for the renewable energy sector is that it is leveraged to the price of oil. The Guggenheim Solar ETF remains in a clear downtrend and a break in the progression of lower rally highs would be required to question medium-term scope for continued compression. 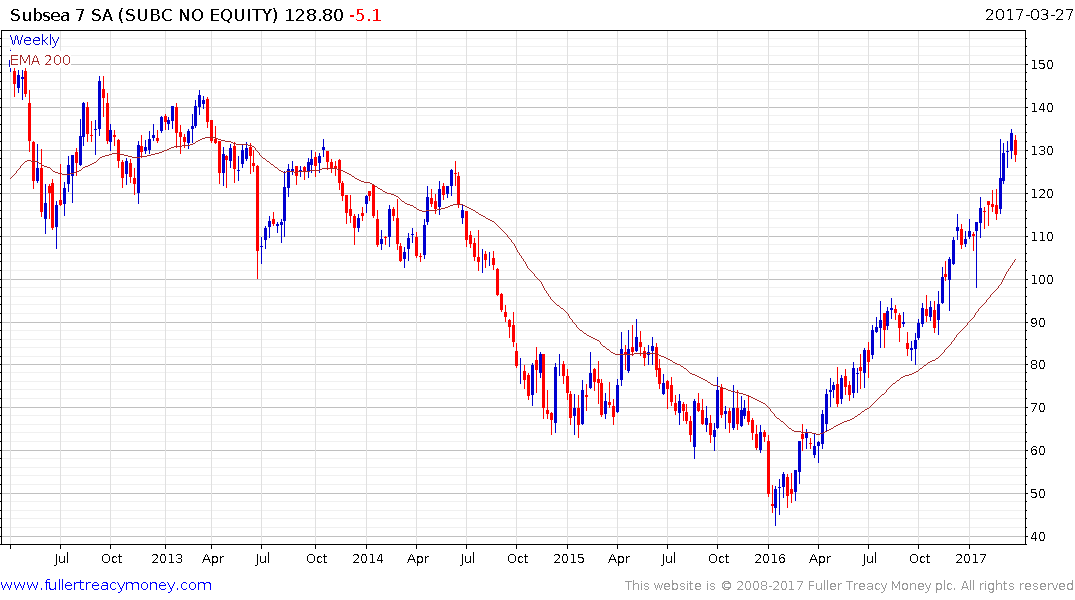 Meanwhile despite the threat of carbon taxes, technological innovation is delivering real-time improvements in the marginal cost of oil production. That is helping create profitable businesses for the companies at the forefront of delivery. For example Subsea 7 has been among the leaders in the offshore sector, and its outperformance stands in sharp contrast to what has been a very challenging environment for the majority of other offshore drillers.