Brazil votes next month on whether to reinstate incumbent President Dilma Rousseff or elect Marina Silva. The two are running in a statistical tie, with a Vox Populi poll published last week showing Silva would get 42 percent of votes in a runoff, compared with 41 percent for Rousseff.

“We’re overweight because we’re looking and we’re continuing to look for change,” Landers said in a Sept. 12 interview at BlackRock’s New York office. “We have good reasons to believe that the election will go towards Marina.”

Landers said Silva is signaling that she will allow the private sector to be “in charge of its own destiny,” instead of trying to control every aspect of the economy, and that she will bring inflation down. Rousseff has been using Petrobras and other state companies as fiscal and monetary policy tools, driving their value down, Landers said.

As part of Rousseff’s effort to contain inflation, she limited Petrobras’s ability to increase fuel prices.

If Rousseff wins in October, Petrobras will return to the nine-year low it hit in March, Landers said, and BlackRock would reduce its exposure to Brazil. “We would significantly have to rethink our portfolio,” Landers said. The Latin America fund shrank from $4.5 billion in December on flows.

Petrobras is the second-largest holding in Brazil after Itau Unibanco Holding SA in BlackRock’s Latin America fund. Earlier this year, various BlackRock funds bought 500,600 shares of Petrobras, as the Rio de Janeiro-based company is known, according to data compiled by Bloomberg.

The Brazilian Bovespa Index pulled back sharply from early this month in the aftermath of polls that showed Rousseff with a wider lead than many had expected. This year has seen a number of heavily contested elections which have seen pro-reform candidates assume power. If Brazil votes for Silva it will probably be seen as another green light for foreign investors to return to Brazil after a particularly difficult period. 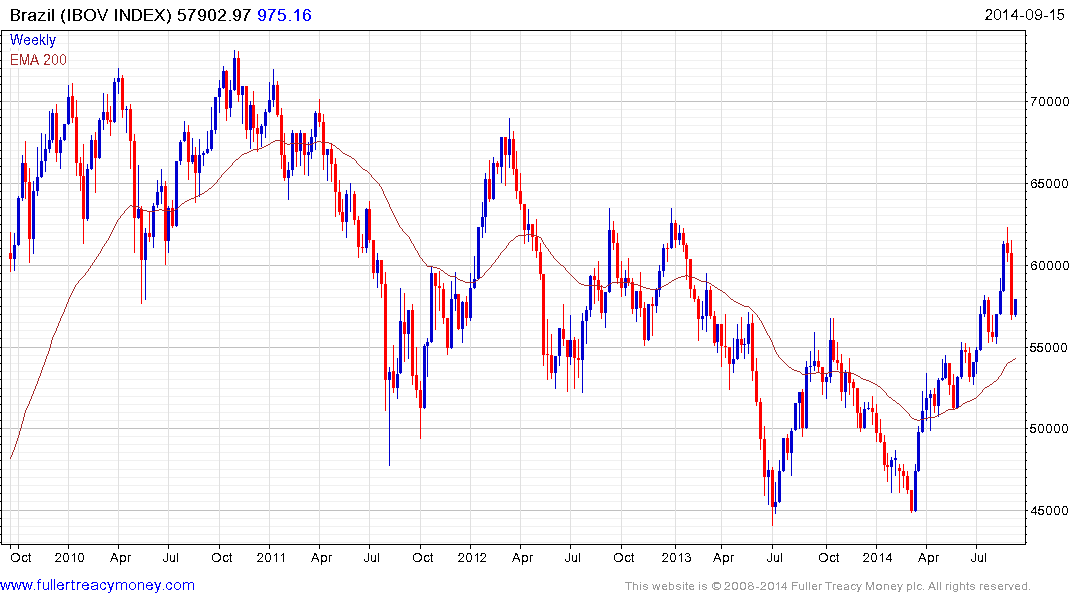 The Index broke a three-year progression of lower rally highs in July and has now unwound most of its overbought condition relative to the 200-day MA. A sustained move below 54000 would be required to begin to question medium-term scope for continued higher upside. 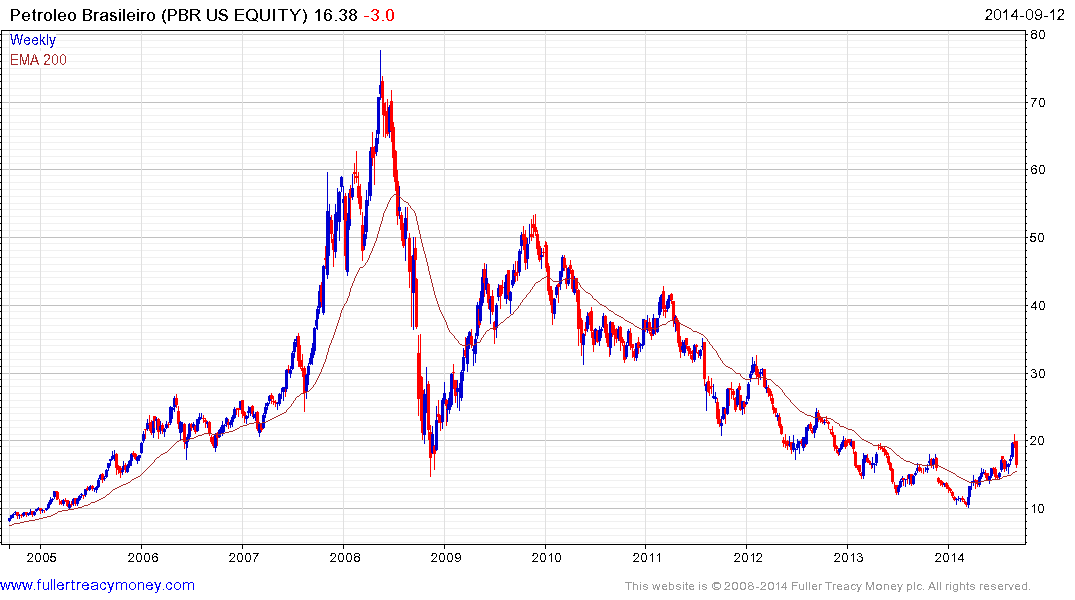 Petrobras’ ADR has also returned to test the region of the 200-day MA. The share is sensitive to whether Silva wins or not because she has said that she will pursue a more market friendly structure that would alleviate the price controls on oil. 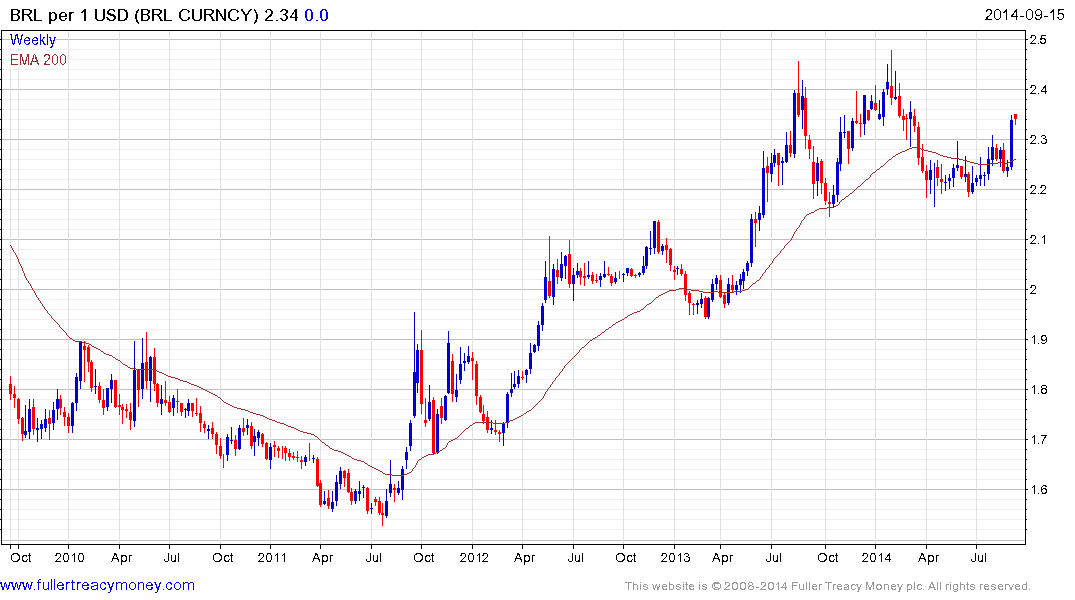 The Brazilian Real has been ranging between BRL2.2 and 2.4 for more than a year and is currently rallying towards the upper side. The Bank of Brazil has mentioned on a number of occasions that it is willing to support the BRL2.4 area but a clear downward dynamic will be required to confirm Dollar resistance in that area.