Musings From the Oil Patch August 12th 2015 by Eoin Treacy

We are not convinced that the stock market needs higher commodity and oil prices in order to continue to rise. In our view, the shift in the direction of commodity prices since 2010 reflects a transfer of the benefits of higher commodity production from producers to consumers. That means basic industries and consumers should be the beneficiaries of falling commodity prices. Long-term, commodity prices should climb in response to increased consumption, which will drive up corporate earnings that are necessary to support higher share prices. A higher stock market can come without oil prices reaching new all-time highs, but they need to be higher than current levels for energy company earnings to rebound, that is unless substantial operating costs can be removed from the energy business. The energy business may get both, and investors will benefit from increased share prices. Unfortunately, this isn’t likely until sometime in 2016.

It strikes me as odd that anyone thinks you need a high oil price to support a bull market in equities outside the energy sector. The stock market does not need high oil prices to rally but it does need the perception that the future will be better than the past to justify progressively higher prices. Admittedly this is often associated with higher energy demand.

The concentration of revenues in the energy sector that occurred as a result of the high energy price environment is over. This has acted as an incentive for mergers. Consumers will be medium-term beneficiaries as energy savings accrue and spending power improves. But what about the short term? 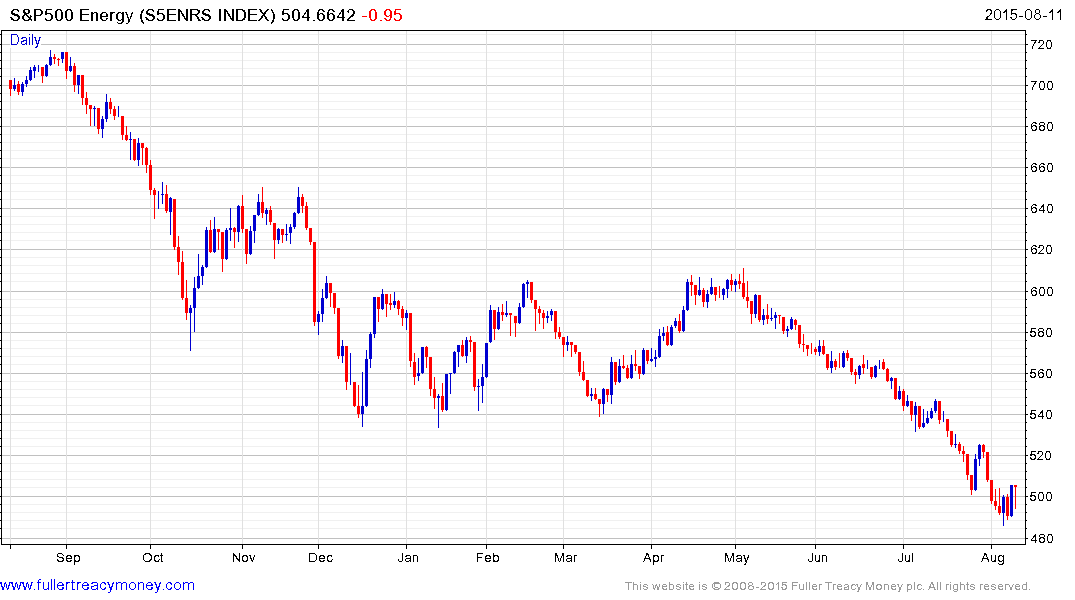 The S&P 500 Energy sector is dominated by the major international oil companies so the relative outperformance of the refining sector has had little influence on the direction of the Index. It fell for 14 consecutive weeks following its failure to push back above the 200-day MA but has steadied so far this week. Potential for a reversionary rally has increased and a sustained move back above the trend mean would be the minimum required to suggest a return to medium-term demand dominance. 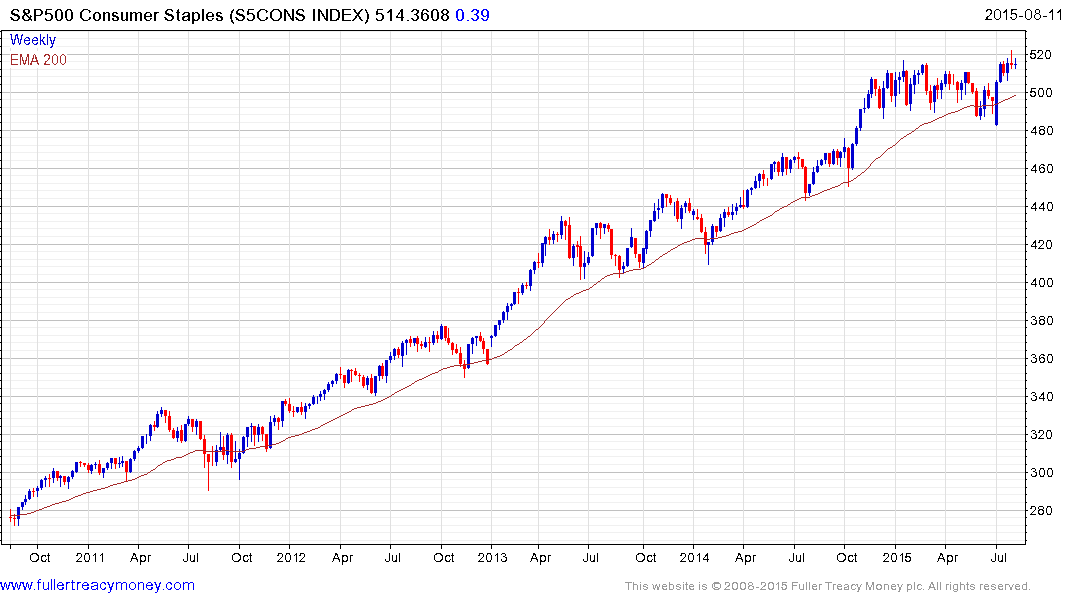 The S&P500 Consumer Staples sector hit a new all-time high last week but has been unable to hold the breakout and is now pulling back into the underlying range. Consumer Staples have defensive characteristics, competitive yields and one of the most consistent chart patterns of any sector anywhere. The medium-term progression of higher reaction lows, currently near 480, will need to hold if medium-term scope for continued upside is to be given the benefit of the doubt.