Recessions are supposed to lead to more bankruptcies, and make it harder for companies to borrow. Rises in debt outstanding, all else equal, should increase the risk of bankruptcies down the line. So what has happened in the last 12 months virtually surpasses understanding. French bankruptcies had steadily declined since the brief recession caused by the sovereign debt crisis, while companies took advantage of the dirt-cheap credit that had been engineered to save the euro to refinance and take on more leverage. When the crisis hit, they were then able to borrow far more, while bankruptcies tumbled.

Logic might dictate that an increase in bankruptcies lies ahead. This should mean that debt investors demand a higher yield to compensate them for the greater risk of defaults. In the U.S., this is exactly what has not happened. The spread between the yield on “high-yield” bonds (which might need to be renamed) over five-year Treasury bonds hasn’t been this low since the summer of 2007. And we know what happened after that:

Interest expense is seldom the reason for companies to get into trouble. It’s when large portions of a company’s debt approaches maturity and needs to be refinanced that the potential for trouble increases.

One of the reasons Europe has underperformed so badly for the last decade is the credit cycle was impaired. The go-go years following the introduction of the Euro resulted in a massive drive to expand across the bloc and the highest returns were in the periphery.

The significant divergence in standards of governance between the core and the periphery eventually resulted in the sovereign wealth crisis. The drying up of credit exposed chasms in the ability to service debts in a downturn and the system collapsed. The responsibility for dealing with the fallout was imposed exclusively on debtors and fiscal expansion was curtailed. That resulted in a long period of economic underperformance.

The pandemic has been the catalyst for the restarting of the credit engine in Europe. Government supports were focused on companies and they used that money to raise substantial reserves. 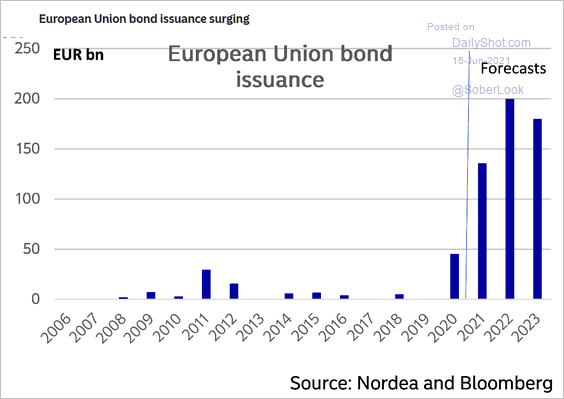 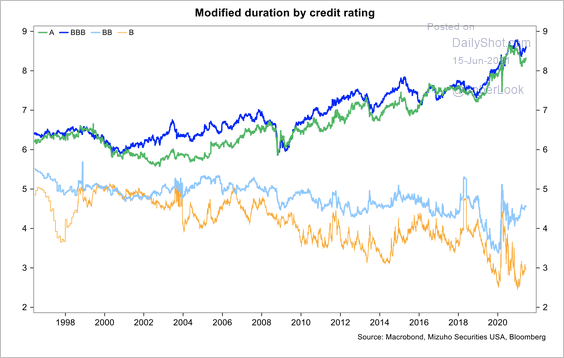 Bond issuance is expected to increase substantially over the coming couple of years. There was virtually no new net bond issuance over the last decade and the issuance currently being planned is a fraction of the issuance in the USA. If there has been no debt issuance then the debt maturity wall is also less of an issue today.

The question will always be about how well Europe can grow and prosper and create a dynamic domestic environment. However, as long as the ECB is printing, governments are spending and companies are borrowing, it’s a recipe for a bull market.

The vast majority of investment grade US debt has also now been successfully refinanced. The average duration has risen by more than 1 year to 8.5 over the last 12 months. That pushes the maturity wall out at least another few years and significantly delays a source of angst as to where the next recession is going to arise. 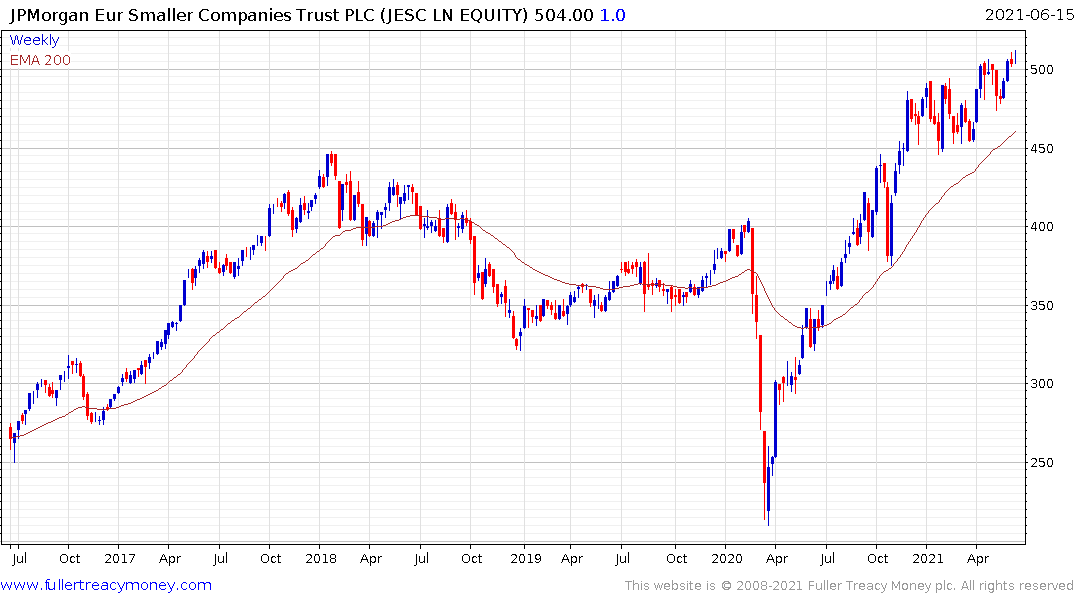 The JPMorgan European Smaller Companies Trust trades at a discount to NAV of 13.8% and shares a similar pattern to both the MDAX and FTSE-250. 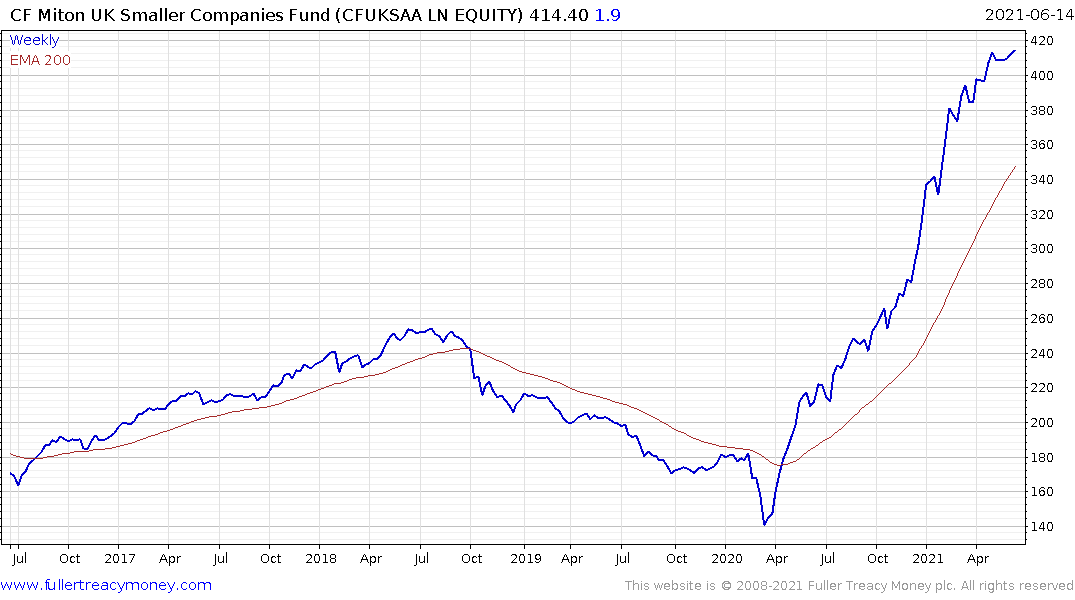 The Premier Miton UK Smaller Companies Fund has outperformed by concentrating on resources plays so some consolidation is likely as copper consolidates.