Zillow to Acquire Trulia for $3.5 Billion in All-Stock Deal
Comment of the Day

Zillow to Acquire Trulia for $3.5 Billion in All-Stock Deal by Eoin Treacy

The deal positions a unified Zillow and Trulia to capture a larger share of digital real estate ads as more people shift house hunting onto the Web and property agents deploy more marketing dollars onto the Internet. While there are other real estate websites such as Move Inc. and Redfin Corp. that are growing, Zillow and Trulia are the top two most-visited property sites in the U.S. tracked by ComScore Inc.

“The opportunity here is very large -- both companies are growing extremely fast,” said Ron Josey, an analyst at JMP Securities who rates Zillow the equivalent of a buy. “They should be able to benefit from some sort of brand awareness and the network effect just grows with this deal alone.”

The housing recovery is well established and while some areas of California appear to be fully valued, the prospects of another crash appear remote. Real estate agents compete for access to the consumer base and online databases represent a great way of marketing so that personal interaction can be reserved for the most serious prospects. As a result, online real estate search engines represent potent marketing venues not least via mobile apps. 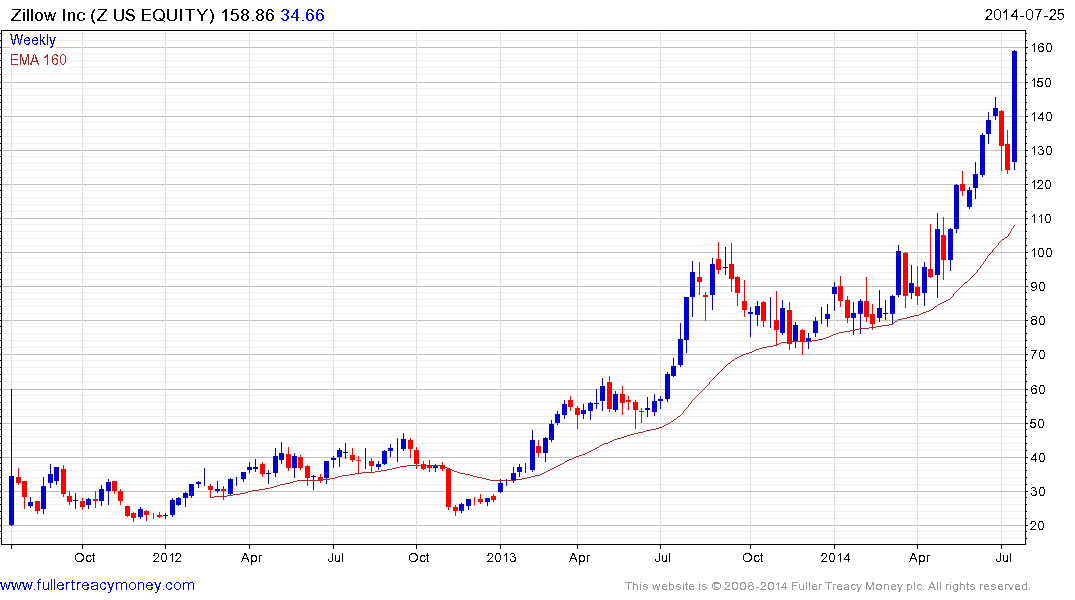 Zillow jumped on news of the deal suggesting investors see Trulia as a valuable addition to its portfolio. The share remains in a reasonably consistent uptrend albeit becoming increasingly overextended relative to the 200-day MA. 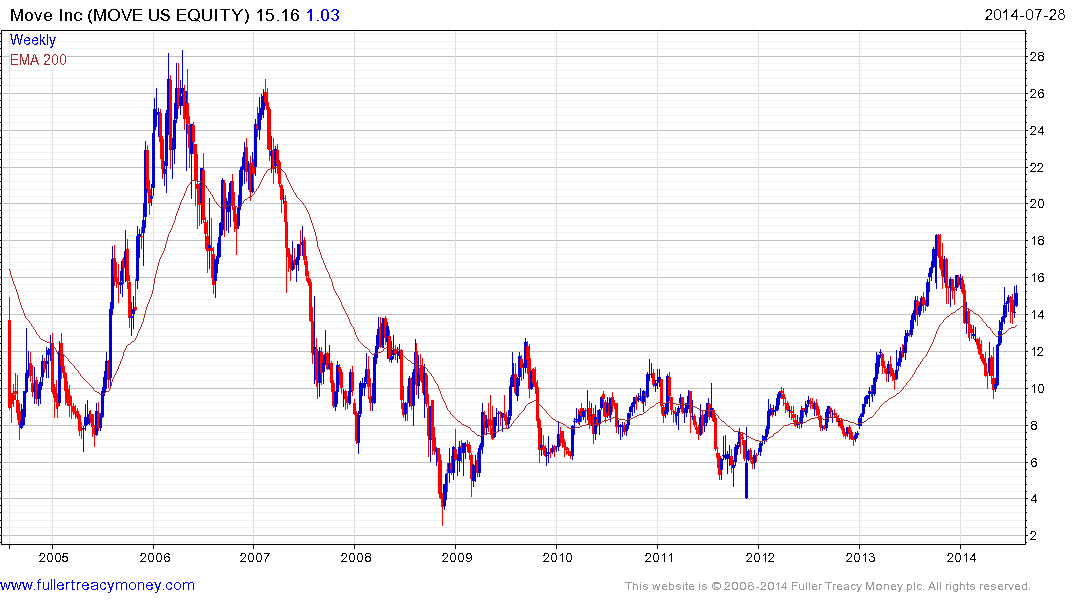 Move Inc. broke out of a five-year base last year and retested the upper side in May. Some consolidation of recent gains is underway but a sustained move below $10 would be required to question medium-term potential for additional higher to lateral ranging. 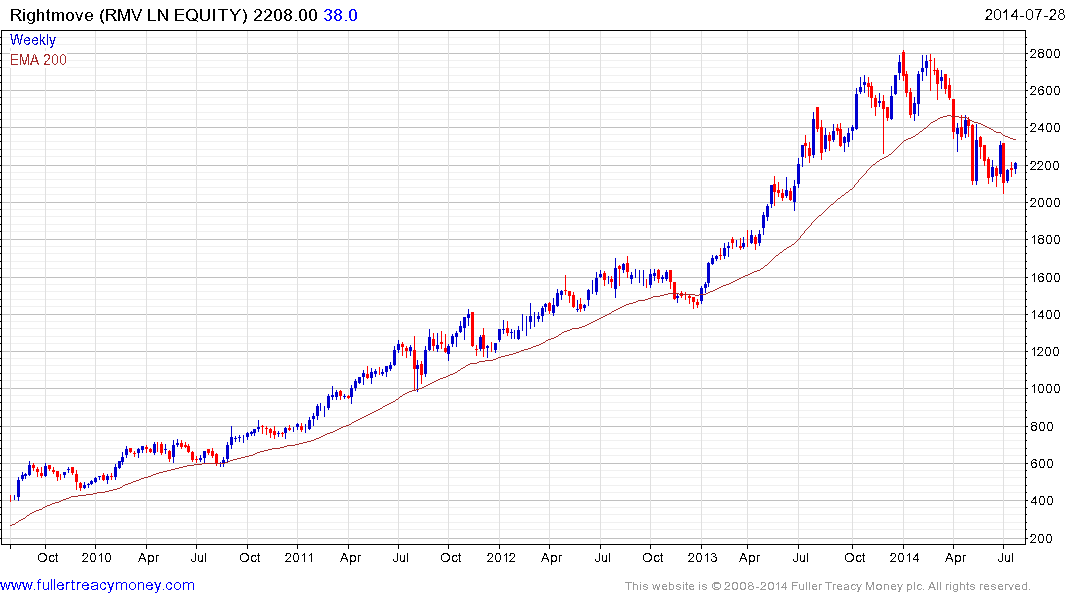 UK listed Rightmove lost momentum from late 2013, posted a number of failed upside breaks and dropped to break the medium-term progression of lower rally highs in April to complete a type-2 top. While it has steadied over the last couple of months, a sustained move above the 200-day MA, currently near 2350p, would be required to begin to suggest a return to demand dominance.