“100 is a serious risk that’s growing by the day,” said Cliff Tan, the East Asian head of global markets research at Bank of Tokyo-Mitsubishi UFJ in Hong Kong. “Both domestic and foreign investors are giving up on the idea the government can do much to revive Japan.”

The yen’s jump comes after about a quarter of analysts surveyed by Bloomberg had predicted additional BOJ stimulus today. More than half forecast action at the July meeting.

“Further easing is still on the cards,” said Kohei Iwahara, director of economic research at Natixis in Tokyo. “The yen is already stronger than most companies feel comfortable with, and a dovish Fed could strengthen the yen further.”

Projections released by the Federal Open Market Committee Wednesday showed the number of officials who see just one rate increase in 2016 rose to six from one in the previous forecasting round in March. The U.K.’s June 23 referendum was also “one of the uncertainties that we discussed and that factored into” the decision, Fed Chair Janet Yellen said.

The Japanese remain committed to their negative interest rate policy, the net effect of which is to remove currency from the system rather than add it. To increase the bank’s purchases of bonds while they are at negative yields would ensure it makes a loss. It would appear the BoJ is not yet ready for outright helicopter money but that could change at any time as the impact of a stronger currency takes a toll on the economy. 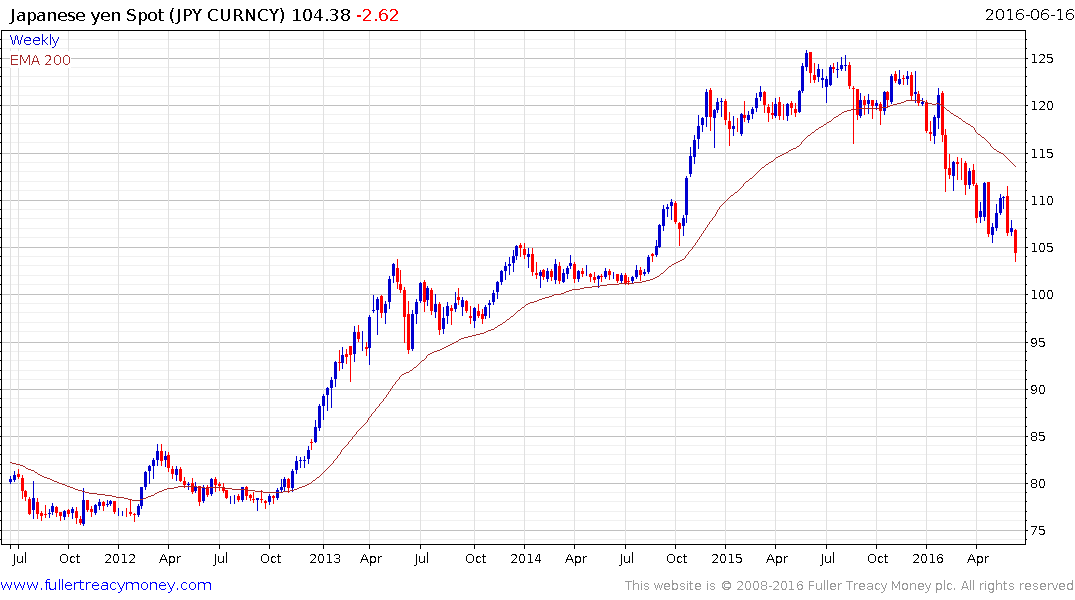 The Dollar has held a progression of lower rally highs against the Yen since peaking a year ago. A clear upward dynamic would be required to check that downtrend. 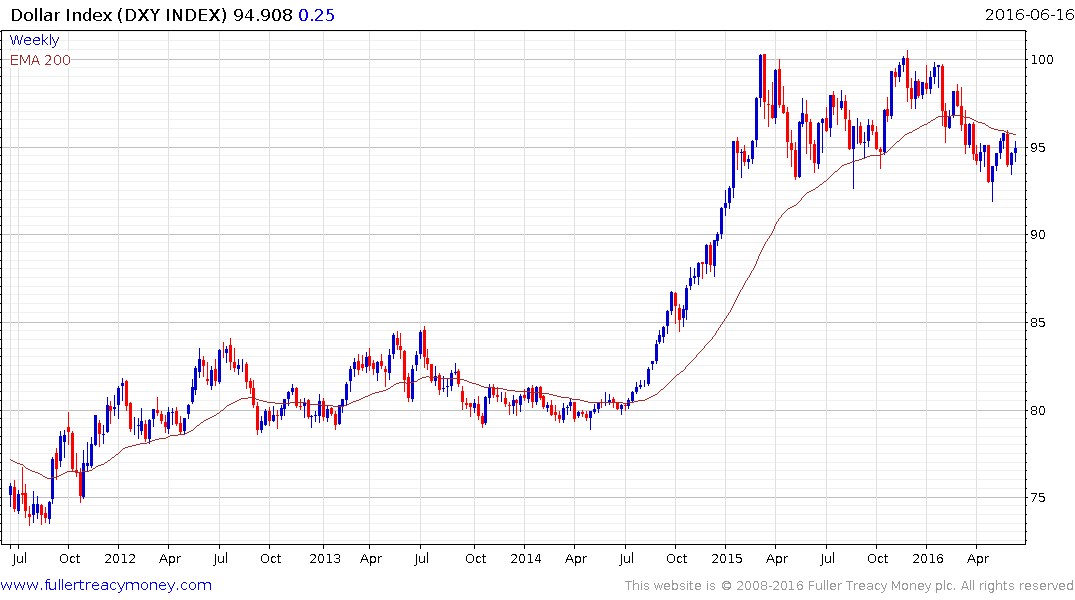 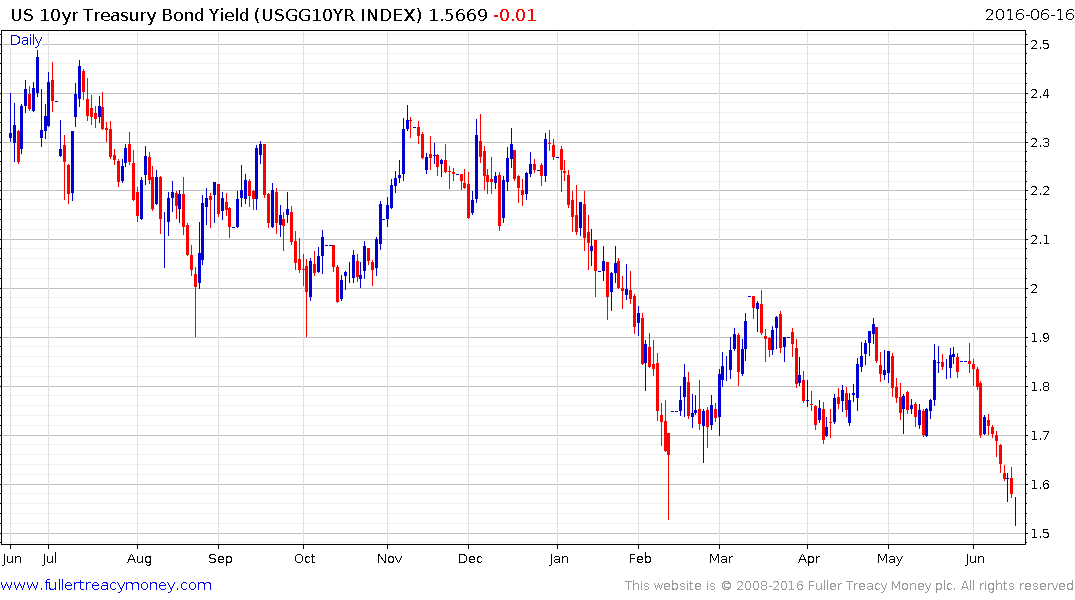 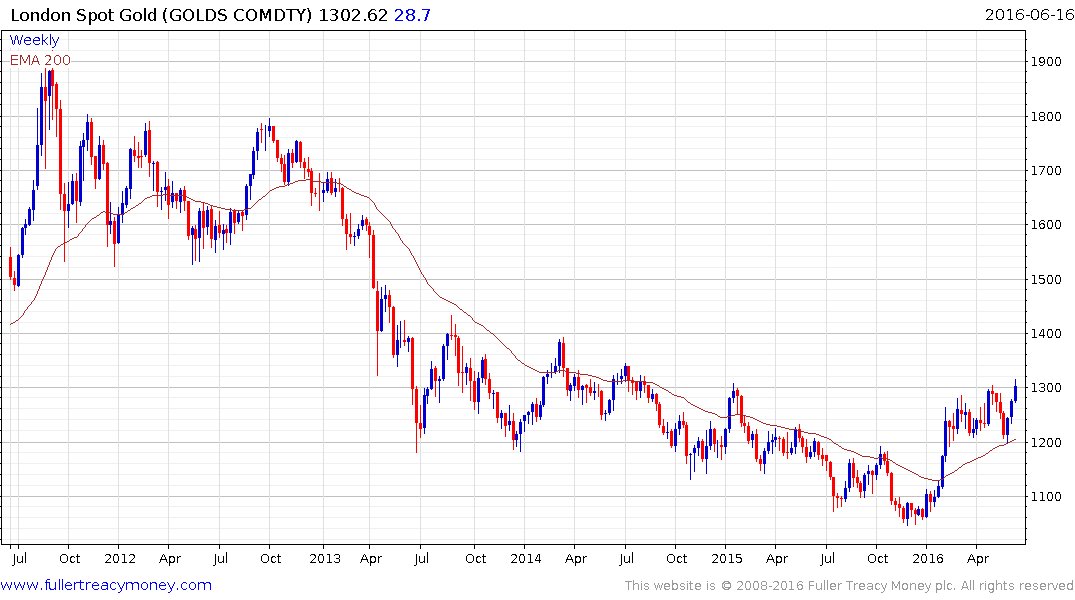 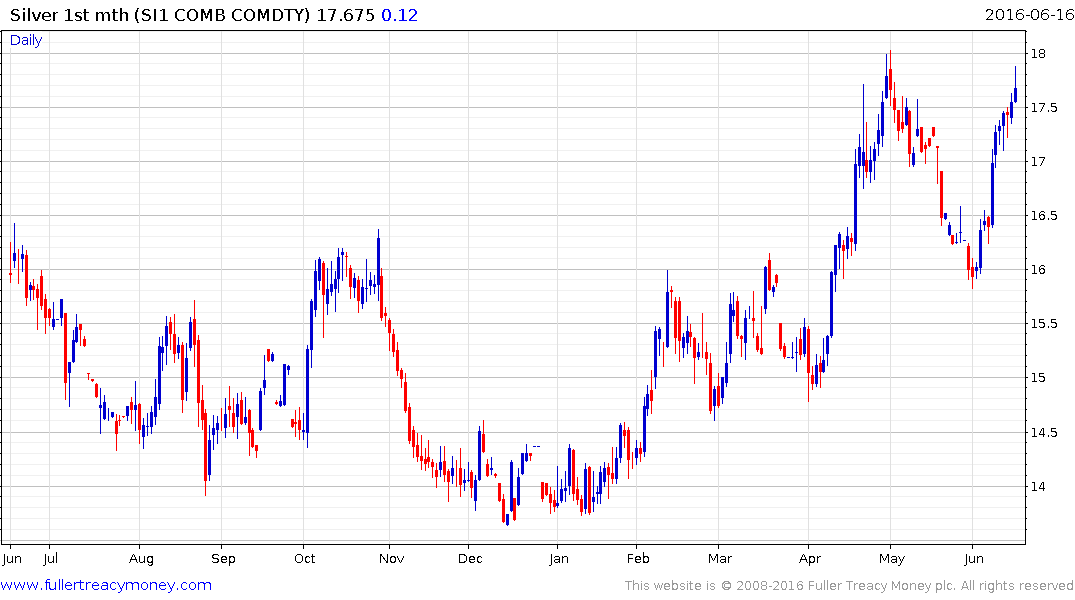 More generally the Dollar firmed today against most other currencies while gold broke out to a new recovery high and bonds yields continued to contract. With so many risk-off assets outperforming, risk-on assets such as stock markets have short-term oversold conditions. With gold and silver having staged impressive rallies there is now scope for some consolidation of those gains.