In an effort to provide a floor for the money markets, the central bank could lift the rate it pays on excess reserves parked at the Fed by banks and on its reverse repurchase agreements, from 10 basis points and zero, respectively. Tweaking these administered rates is something the Fed has done before.

“If the Fed decides that it wants overnight rates to move away from zero, the most effective approach in my view would be to raise” those two rates together, said former New York Fed official Brian Sack, who is now Director of Global Economics for D. E. Shaw & Co.

But that decision -- which could be made at next month’s policy making meeting -- would come as officials try to convince markets that they’re not about to reduce support for the economy. While any rate rise would be portrayed as a technical adjustment, there’s a risk investors wouldn’t see it that way.

“The aesthetics of having to hike these rates, I’m not sure how well the market will digest that,” said Tom Porcelli, chief U.S. economist at RBC Capital Markets in New York. “It might be complicated.”

What to do about the supplementary leverage ratio the Fed and other regulators impose on banks is also tricky. In order to ease market strains in March, the Fed temporarily exempted banks’ holdings of Treasuries and reserves from the ratio’s calculation. That exemption expires on March 31, just as banks’ cash balances at the central bank will be ramping up.

Bank leverage ratios are the big impediment to the financial system absorbing an additional trillion in liquidity. The easy answer would be to unshackle the banks but that is very unlikely given the current political environment.

Therefore, the most likely course of action is for the Fed to increase the rate it pays banks to hold reserves. This means the money leaving the Fed will quickly make a return journey through the economy and back to the Fed but would now command a higher return for banks. 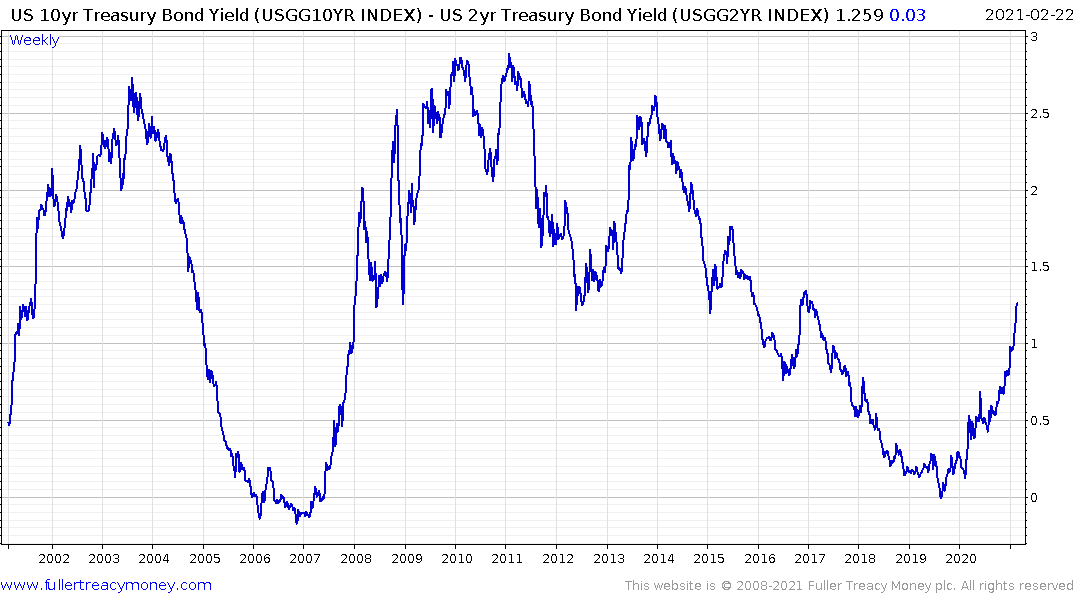 That’s positive for the sector over all. The S&P500 Banks and the KBW Regional Banks Index continue to firm. If the current trend persists Goldman Sachs could become the largest stock in the Dow Industrials this week. 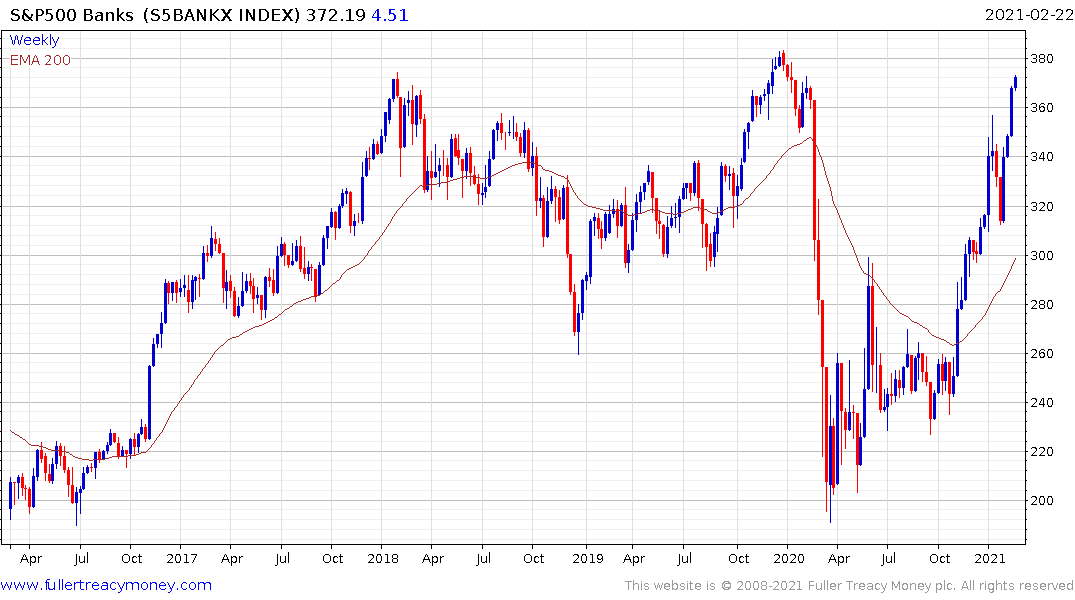 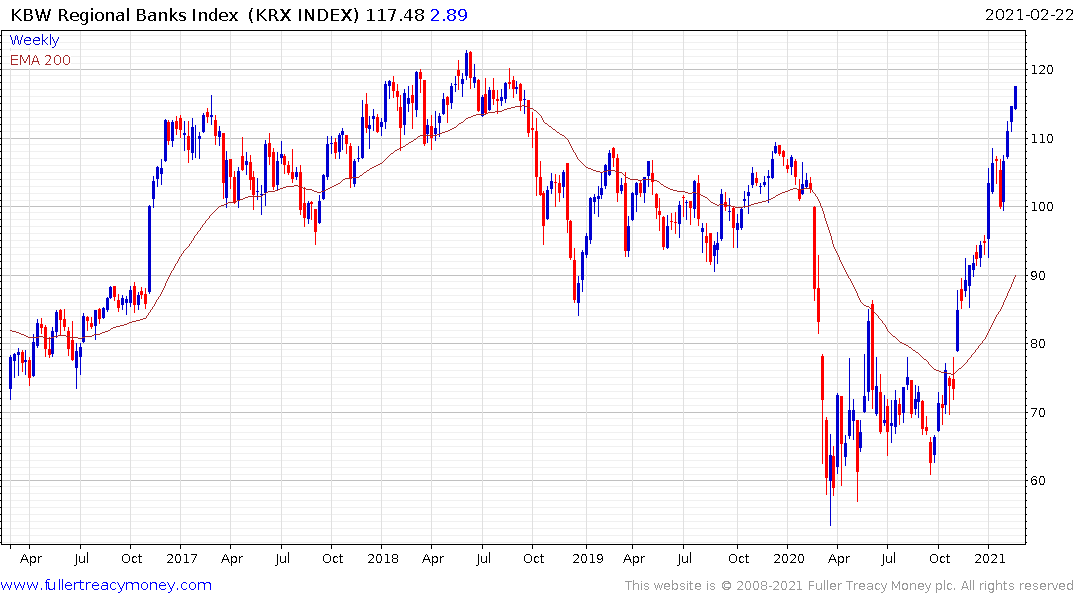 The other repercussion of downward pressure on short-term yields would be to further steepen portions of the yield curve which is also positive for banks.

The big question is at what point higher yields will represent an obstacle for stocks? The parity level between Treasury yields and that on the S&P500 might be one. That level is being tested now. Tesla continues to unwind its overbought condition and that is weighing on the Nasdaq.

Historically, when Treasuries yield 1% more than equities, it has been a catalyst for a deeper stock market correction.