Will UK economy be turbocharged by sterling fall?
Comment of the Day

Will UK economy be turbocharged by sterling fall? by Eoin Treacy

The impact of sterling’s depreciation has been underwhelming for a few reasons. For one thing, firms are locked into global supply chains and rely heavily on foreign inputs. Half the components in a “British-made” car come from abroad. If exports rise, so do imports.

The economy is also highly geared towards high-value-added stuff like pharmaceuticals. Buyers of these goods and services are insensitive to price changes. Not all industries fit this mould, notably tourism. Dollars buy more rides on the London Eye than before. In June visits by foreigners (including businesspeople) were up by 7% year on year. Yet visitors seem to be economising: their overall spending in real terms is no higher than before.

Optimists maintain that the benefits of a depreciation take a long time to filter through. Firms need to get finance together and seek out new markets to exploit their new competitive advantage.

The case of Dr Fox’s ice-cream industry, however, suggests that exporters are in no rush. Though export revenues have risen, this largely reflects the fact that with a weaker pound a given quantity of foreign-currency sales leads to higher sterling revenues. In the first half of 2017 firms exported about the same quantity of ice cream (600m scoops, by our reckoning) as in the same period the year before. Firms seem to be using sterling’s weakness simply to bank bigger profits, rather than to move into new markets.

It is a similar story across the private sector. Profitability is near record highs yet investment is stalling. Last year non-financial firms stuck an extra £74bn ($96bn) in their bank accounts, by far the largest figure on record. Firms’ tentative behaviour should be a wake-up call for ministers, who expect them to lead the charge of a reorientation of British trade away from the EU after Brexit.

All other factors being equal a depreciating currency boosts the prospects for exporters because they gain competitiveness. The bigger the domestic export sector the more immediate the boost. In the UK’s case the domestic manufacturing sector has been in decline for decades, so not only will it take time to rebuild confidence enough so that entrepreneurs become more ambitious but the devaluation would need to persist. 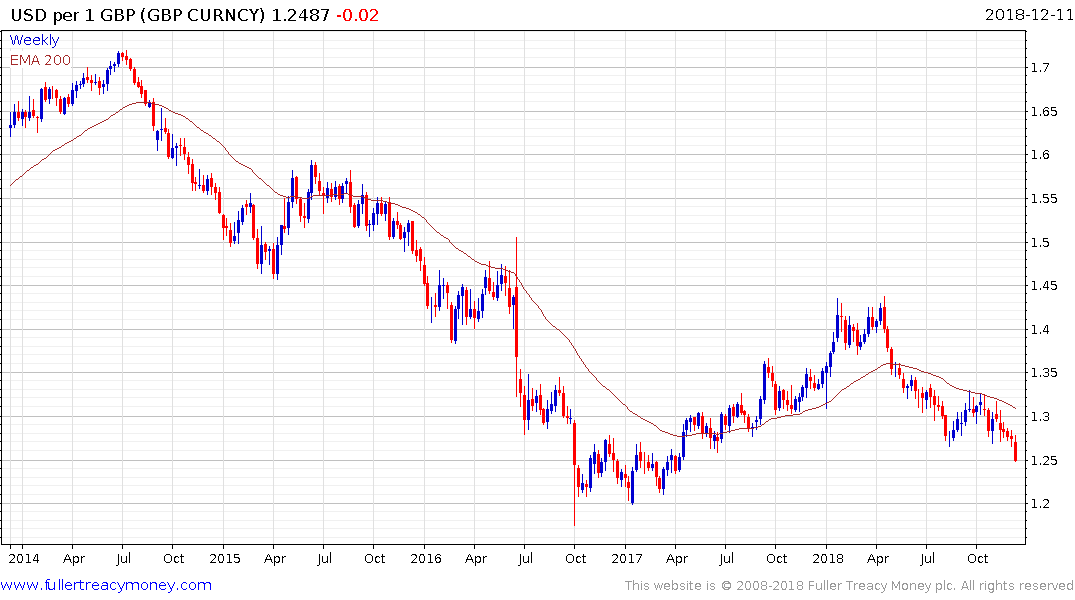 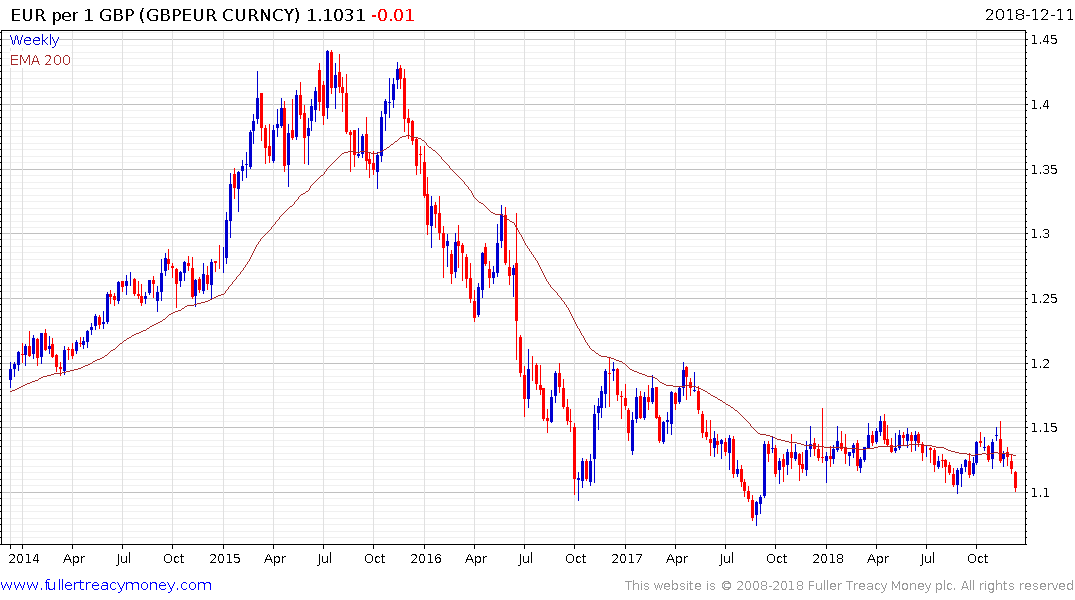 Until quite recently, the Pound spent most of its time since the Brexit vote trending higher against the Dollar but was stable against the Euro, so exporters were understandably in no hurry to make bets on further deterioration. There is a good reason James Dyson is building a car battery factory in the UK and is pro Brexit. He believes the weakness of the Pound will give him a long-term competitive advantage. I agree.

The bigger picture however is that a devaluation in the Pound would be best greeted with aggressive pro-trade policies, the like of which the UK has not seen in a long time. Outright competition for foreign direct investment with the EU in particular is where the UK’s potential for a prosperous future lies. I know that sounds mercantilist but that is the point. Rising nationalism, the breaking of the social democratic structure and reordering of international alliances represent enormous challenges but also opportunities. The UK is probably heading for a general election and it is the result of that plebiscite, more than any other factor, which is likely to shape the medium-term outlook for the economy.

If the UK leaves the EU it needs a probusiness strategy or there really will be a significant contraction. Meanwhile the EU is edging closer to fiscal stimulus. France’s concession to the most recent, in a long line of, disruptive protests is budget busting while Italy continues to bear the drum for fiscal laxatives. It is only a matter of time before realpolitik trumps the ideology of budgetary cohesion.

Some form of clear liquidity catalyst is likely required to arrest the decline in European indices. 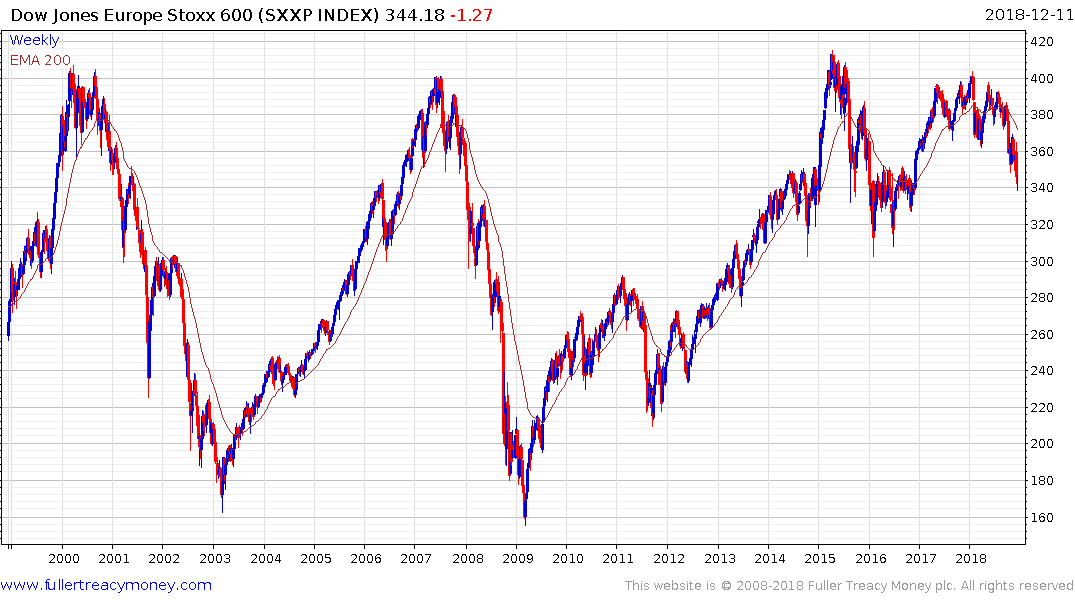 The Europe STOXX 600 Index has rallied again at the 400 level and broke down to a new reaction low last week. A short-term oversold condition is evident but a break in the succession of lower rally highs will be required to question medium-term supply dominance.