Wilbur Ross on the trade Negotiations
Comment of the Day

Wilbur Ross on the trade Negotiations by Eoin Treacy

...We're miles and miles from getting a resolution and that shouldn't be too surprising. Trade is complicated. There are lots and lots of issues, not just how many soybeans and how much LNG but even more importantly, structural reforms that we really think are needed in the Chinese economy. And then, even more important than that, enforcement mechanisms and penalties for failure to adhere to whatever we agree to.

People shouldn't think the events of next week will be the solution to all of the issues between the United States and China. It's too complicated a topic. Too many issues. That's different from saying we won't get to a deal. I think there's a fair chance we do get to a deal.

How confident is China in its claims to be a global superpower? That’s the only real question in measuring how likely they are to agree a meaningful trade deal with the USA.

China is building aircraft carriers, overseas military bases and modernising its arsenal. Until China’s administration has a clear belief it can best the USA in a military confrontation they are likely to play along.

The problem today is the USA is not willing to “play along to get along” any longer. They want verifiable conduct and that is not something China is willing to do. In fact it runs contrary to the entire Communist way of doing anything, which is to say one thing to your face and do something completely different behind your back.

That suggests Wilbur Ross is indeed being realistic when he says this is going to take time if it is to succeed at all. 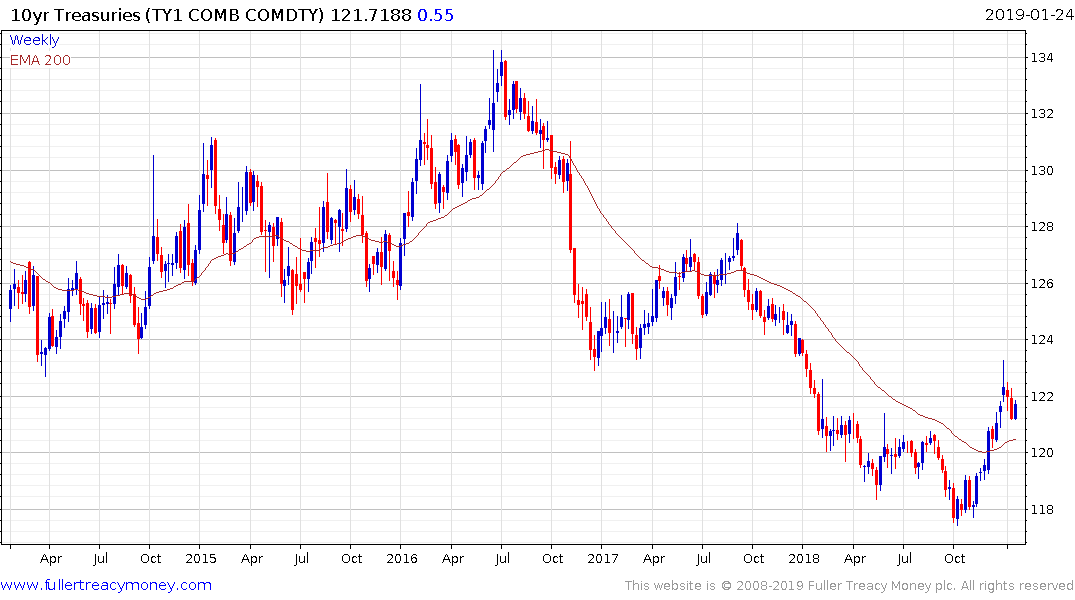 Meanwhile 10-year Treasury futures have a bullish chart pattern. The price bounced today from the upper side of the underlying trading range and a sustained move below 121 will be required to question potential for additional upside.

That is a clear indication there is still ample demand for a hedge against volatility despite the rebound seen to date on Wall Street.