4. Is the crisis spreading?
Mortgage lender Dewan Housing Finance Corp Ltd. missed debt payments in June and Care Ratings Ltd. slashed its AAA credit rating to D this year. A news site alleged in January that the company diverted funds to shell companies, a claim Dewan Housing has denied. Other companies including Reliance Capital Ltd. and Piramal Capital & Housing Finance Ltd. have also had their credit ratings cut on liquidity concerns. Access to funding has gotten tougher for many non-bank financing lenders in credit markets, and they have a record 1.1 trillion rupees ($15.9 billion) of debt due in the third quarter of 2019.

5. Where is this heading?
The worst is probably still to come. Observers warn the credit crunch may hit the property sector next. It is heavily dependent on funds from shadow banks, and concerns are already being reflected in some realtor bonds. The nation’s conventional banks may also see more pain, as about 7% of their loans are extended to non-bank financing companies.

6. How are shadow lenders coping?
As access to funds in onshore debt markets has dwindled, shadow lenders are tapping overseas markets where they have to pay 25 to 50 basis points more than onshore rates to get cash.

​7. What’s the economic impact?
India’s consumption engine is sputtering because the shadow-banking sector plays a key role in the nation’s financial system, particularly in delivering credit at the grassroots. A prolonged slowdown in lending from the sector poses a significant challenge to the Indian economy, where consumer spending growth has cooled on everything from toothpaste to air tickets. It expanded just 5.8% in the quarter ended March -- the slowest pace in five years and lagging behind China.

India’s shadow banks are experiencing a liquidity crisis which is throwing the wider market’s valuation premium into focus. We know how this process ends. First, a bad bank will need to be set up and filled with the nonperforming assets of the housing finance companies/shadow banks. If shadow banks are to be rationalised, the conventional banking sector will need to pick up the slack in terms of liquidity provision. 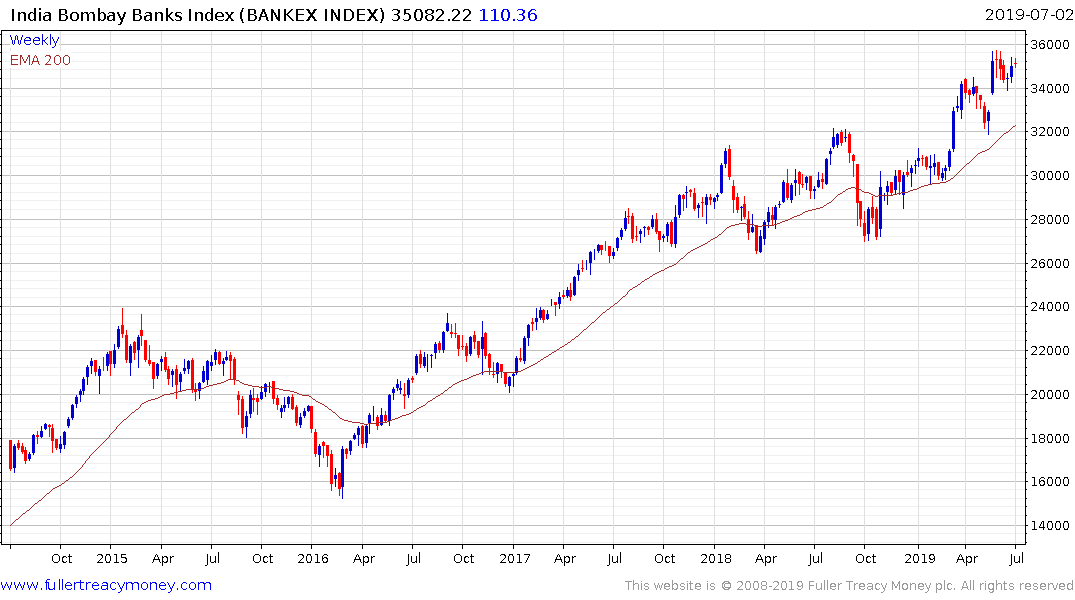 The Bombay Banks Index remains close to its highs which highlights the risks from shadow banks are not evenly distributed. Meanwhile there are continuing rumours of private equity investments into the shadow banking sector, particularly following the steep drawdowns. 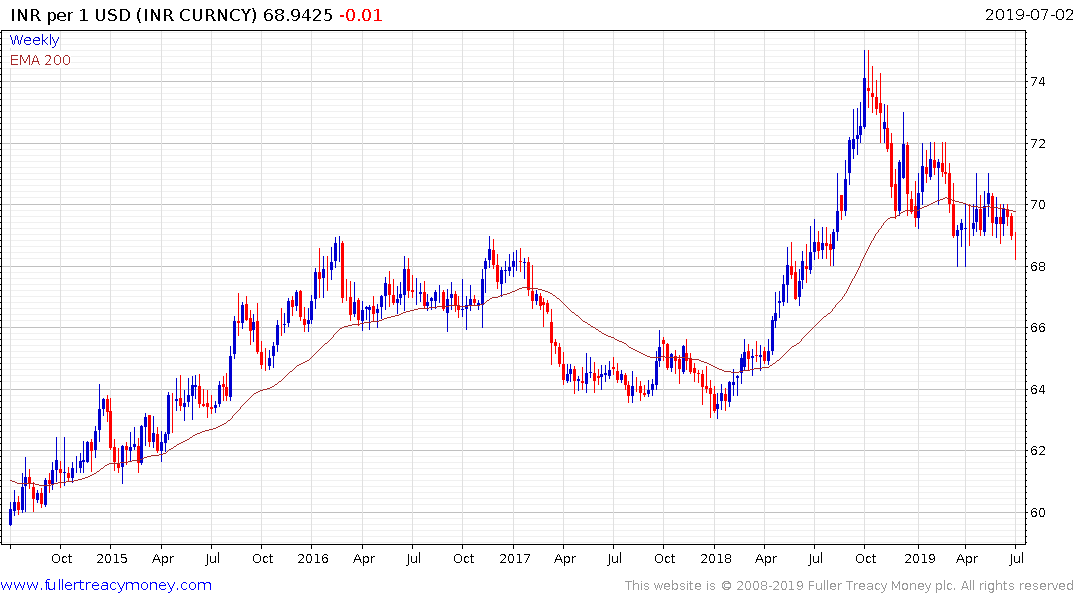 The relative strength of the Rupee suggests that while the liquidity issues of the shadow banking sector are real, they do not pose a systemic risk to the economy.