Why in the World Would You Own Bonds by Eoin Treacy

…History and logic show that central banks, when faced with the supply/demand imbalance situation that would lead interest rates to rise to more than is desirable in light of economic circumstances, will print the money to buy bonds and create “yield curve controls” to put a cap on bond yields and will devalue cash. That makes cash terrible to own and great to borrow. Through their powers central banks can, at least temporarily, put a lid on interest rates and keep short-term interest rates low relative to long-term rates so that it becomes profitable to buy bonds with cash, which central banks abundantly provide which makes real interest rates very negative. For example, during the 1930-45 period the Fed kept the bond yield around 2.5% and the cash yield around 1%, which made it profitable to borrow cash and use it to buy and own bonds. While that can make holding bonds financed with cash profitable at low rates, under such circumstances both the cash rate and the bond rate are bad. Naturally, because cash rates are so low it pays to borrow cash and invest it in investments that are higher-returning. Back in the 1930-45 period, the Fed was able to keep yields there, and the way they did that was also through outlawing gold and the movement of capital elsewhere. So, when I look at it, while I want to be short bonds (because they have the most terrible fundamentals), I do know that central bankers can keep cash more terrible, and I do know that they might have to prevent the movement to other storehold of wealth assets and other countries.

There is a good reason large hedge fund managers have been buying trophy properties around the world. They wish them to be hedges against the potential for a significant devaluation in the purchasing power of their wealth. At the other extreme we have people like Elon Musk who just sold all his property (in California) because he is afraid of being taxed into oblivion. That suggests while some are betting on property as a hedge, the location in a friendly regulatory environment is likely to either make or break the trade.

China is the only major economy with positive real interest rates. Dalio has a long affinity and relationship with senior Chinese government officials so he feels comfortable recommending the country as a safe haven, of sorts, from the threat of currency devaluation. The flipside of that argument is the greatest benefit will likely be reserved for domestic Chinese investors rather than foreigners because of the risk of capital controls and expropriation. 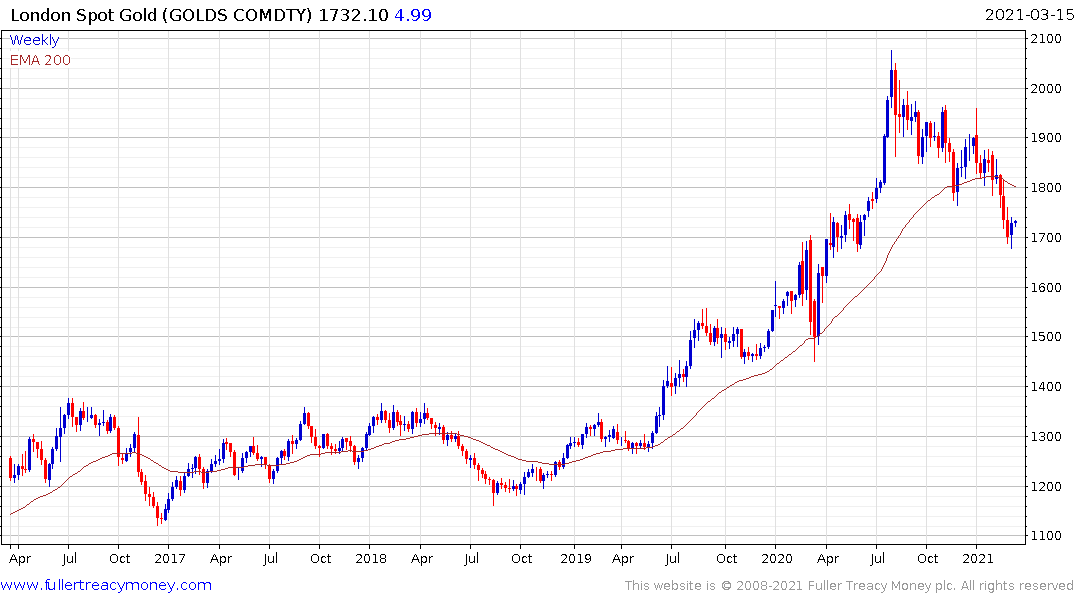 Gold is the simplest hedge against government spending/printing running amok. The price is still in a medium-term corrective phase, but the upside is still wide open as the question of how to handle the debt mountain comes into sharper focus.