Why Didn't Dimon Step In on Repo? Just Ask Fed
Comment of the Day

Why Didn't Dimon Step In on Repo? Just Ask Fed by Eoin Treacy

There’s no indication that the Fed will consider loosening its requirements on banks to shore up the repo market. Instead, the central bank appears to prefer to do everything itself, abruptly reversing course on the size of its balance sheet and increasing the amount of reserves. St. Louis Fed President James Bullard said on Tuesday that a standing repo facility would be a sensible “endgame” to prevent more bouts of extreme volatility in funding markets.

A standing repo facility at the Fed opens its balance sheet to potentially unlimited liability. That is the primary reason it has relied on the banking sector to provide liquidity historically and it is a testament to just how far the Fed is willing to go in deploying extraordinary liquidity measures.

This transferring of risk from the commercial banks to the central bank reduces leverage for the former but increases the government’s risk. 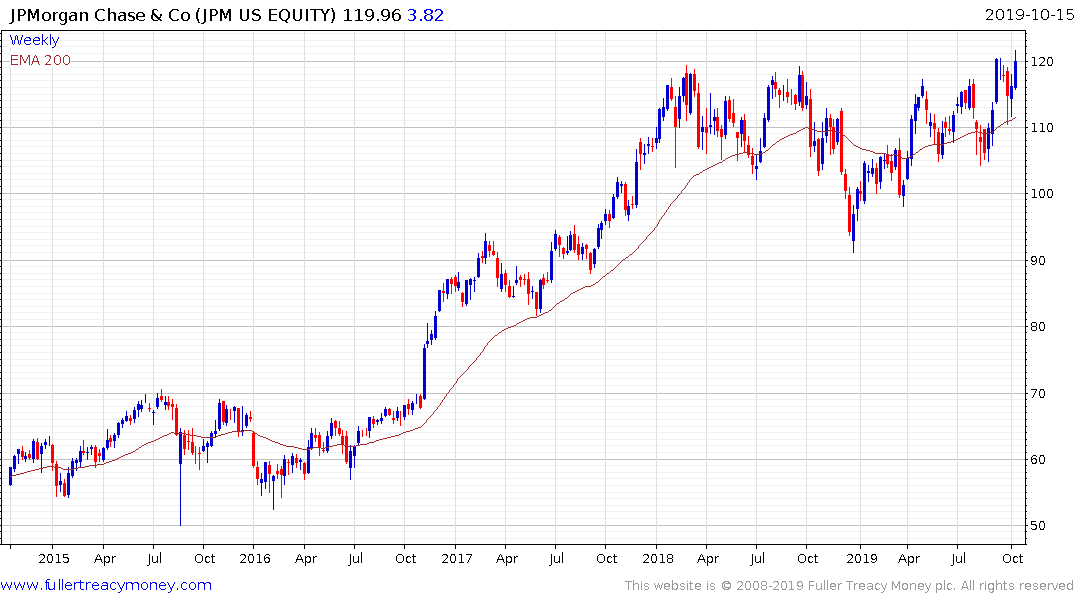 JPMorgan Chase hit a new all-time high today on strong earnings and appears to be in the process of completing an almost two-year range. 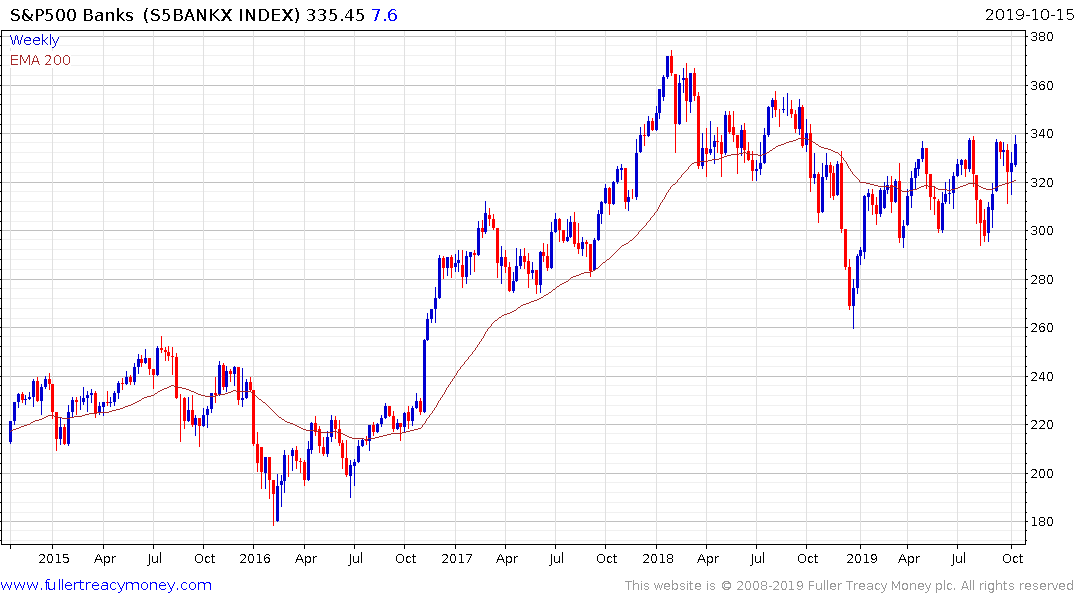 The S&P500 Banks Index is back testing the upper side of the range that has prevailed for most of this year and a clear downward dynamic would be required to check potential for additional upside. 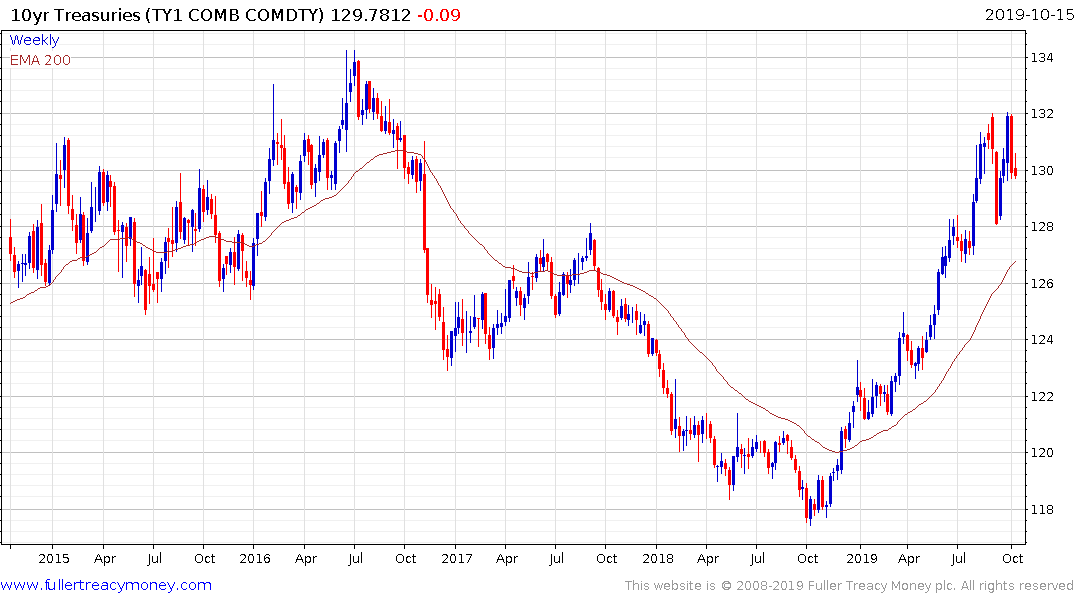 US Treasury futures have posted a peak of at least near-term significance. The sequence of lower highs in evidence for most of this year is still intact but is looking increasingly likely to be tested. A sustained move below 128-17 would confirm a medium-term peak. 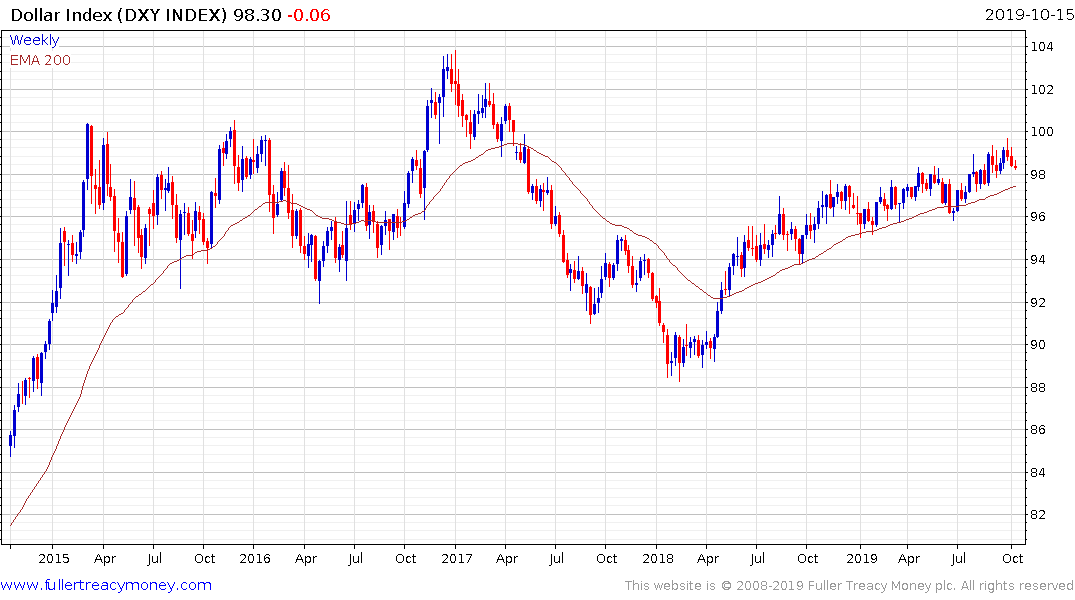 The Dollar Index is unwinding its short-term overbought condition and has a history of failing to sustain upward breaks in what has been a very choppy uptrend. It needs to continue to hold the region of trend mean if continued higher to lateral ranging is to be given the benefit of the doubt.