This lack of long-term protection against infection means that herd immunity is probably impossible and that the virus will become endemic and continue to circulate in human populations. If this happens and the disease then stabilises, such that case numbers are constant across the population, neither increasing nor decreasing, it will have reached what’s called an “endemic equilibrium”.

So is this what we’re now witnessing? Possibly. One of the basic models of how infectious disease cases change over time is called an SIR model, which looks at how many people are susceptible to a disease, infectious with it or have recovered from it (and so are immune) at any one time.

With this model, cases increase rapidly at the start of an epidemic as lots of people are susceptible, become infected, and go on to infect other susceptible people. But as infections mount, over time fewer people are susceptible and more have recovered. The rate of growth therefore decelerates, the epidemic reaches its peak, and then case numbers decline to an endemic equilibrium point, where they remain roughly stable.

A leaked CDC document has been circulating today with a claim that the Delta variant is as contagious as chickenpox. That news is enough to make anyone worried. The fact that this variant is also more likely to result in acute sickness is doubly worrying. With 110,000 confirmed breakthrough cases in the USA there is a palpable sense of worry that news is about to get worse. Meanwhile, the UK’s number of cases has peaked and is falling quickly. That should act as at least a partial salve to those worries.

Vaccine mandates might be contentious but are increasingly likely to become ubiquitous as we move forward. It is extremely likely that COVID-19 is already endemic globally. There will be new variants at least once a year and possibly more often than that. The new vaccine sector has demonstrated it is capable of coming up with solutions in short timeframes, so it is also likely we will have new shots on a relatively frequent basis. Annual flu jabs are accepted by most people and this will just be one more.

If there were more to this story the stock market would already be in a tailspin. There is no doubt that short-term overbought conditions are evident and some weakness is possible. However, that is more a story of opening up than closing down. The world is slowing learning to live with the permanent threat from amped up coronaviruses. 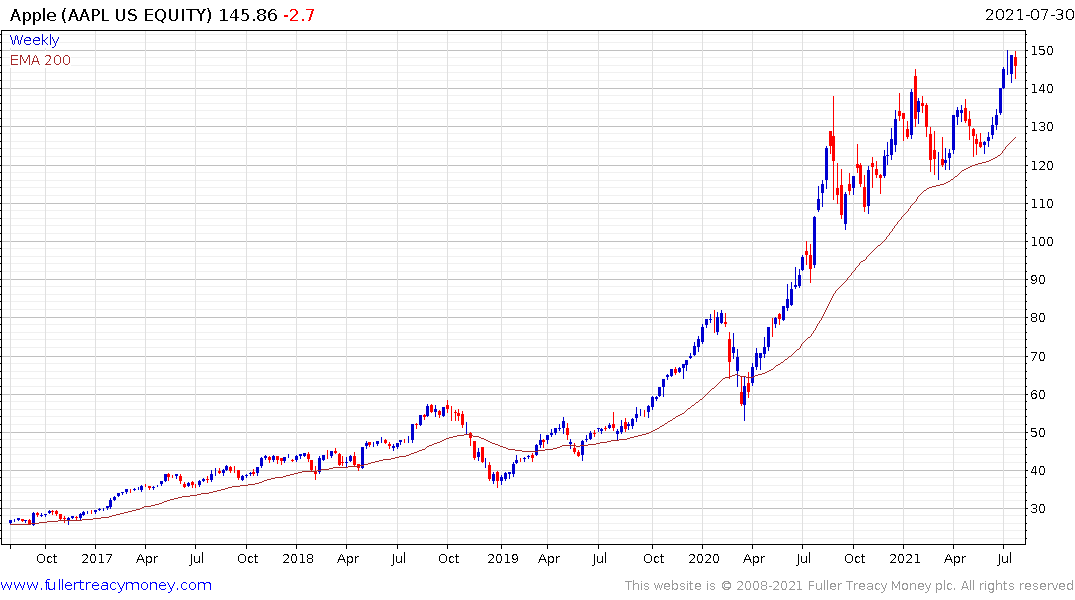 The rebound from the pandemic nadir has been particularly strong. The Fed originally thought it would take 3 years to recover from the pandemic. It looks like the US economy will recover to its previous size in half that time. That pace of expansion is impossible to sustain so it will moderate over coming quarters. The reality of slowing future sales is being priced into stocks like Amazon. Meanwhile, Apple’s determination to use stock buybacks to insulate the share from selling pressure paid off today.